Cannibalize Your Brand in the Name of Survival? 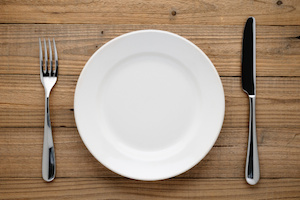 No matter how great your idea or your ability to stand out from the competition, there will come a day when your ecommerce company will be eclipsed by new and better ideas. Unless, of course, you’re a forward-thinker who’s ready for whatever technology, innovation, and plain hard work can throw at you.

The idea of cannibalizing your own company may be scary. What if your plans don’t work? What if the world just isn’t ready for the new you? Perhaps worst of all, what if you wait too long and lose your edge? Let’s take a look at three companies who faced the dreaded question and how they handled the pressure.

You may remember the news from a couple years ago, when Kodak officially declared bankruptcy. Kodak was once synonymous with photography, kind of like Kleenex is to tissues. How does the king of photography lose ground so quickly?

You can argue that the introduction of digital cameras brought about the photography great’s demise, but you’d be wrong. In fact, Kodak created the first digital camera back in 1975. Sure, it wasn’t anything like today’s cameras, but it was a huge step forward. What did they do with it? They dropped the idea because they didn’t want to lose their foothold in film photography.

They had a few more chances to be leaders in digital photography, but every time, they stuck with their film dynasty and let their biggest rivals beat them to the punch. When they did finally enter the digital world, they still didn’t put enough money and research behind the technology as their competitors and lost big again.

What would have happened for the once-huge camera king if they’d put their efforts behind digital photography as early as the 70s? Was that too early to start cannibalizing their own business? Probably. They had a chance again to strike in the 90s and again said no. In reality, that timing may have been perfect. Instead, they stuck with what they knew, confident the world would stand behind their brand.

Now let’s look at a company—ecommerce, at that!—who knew exactly when to eat their business model and come up with something new. Netflix revolutionized the home movie industry not once, but twice. In 1999, this company started its subscription services and changed the way we watch movies. Every video store in the world began to weep.

Why would we get in the car, drive to the store, and fight over the movies that weren’t already checked out when we could make a list of what we want and have it delivered right to our homes? Netflix knew this and built one of the greatest on-demand models at that time. Others tried to copy. Still others attempted different instant-gratification models with moderate success. None reached the heights of Netflix.

The very knowledge that other businesses were trying was enough to galvanize Netflix into action. They couldn’t survive forever on the subscription model because they knew someone’s always willing to make less money for similar services. Instead of dropping prices to compete with future competitors, they turned their eyes to the future.

In 2008, Netflix introduced streaming capabilities, meaning consumers didn’t even have to leave their couch to go to the mailbox for their next movie. In the blink of an eye, their entire brand changed. And no one’s been able to keep up…yet.

Well, the final example could be one of several video lending libraries, but Blockbuster had such a mess of a time, they’re the perfect target. When the first store opened in the mid-80s, the timing was perfect. By the time the first Netflix subscription was signed, Blockbuster has spread throughout the United States and was a true video-rental giant.

Could they have foreseen the havoc Netflix would wreak upon their business and their brand? They should have been looking. Maybe they didn’t think Netflix would catch on, but they should have at least been intrigued. By the time they decided it was time to cannibalize their own brand, it was too late. Netflix had the stronghold and imitators couldn’t possibly keep up.

As Blockbuster introduced their version of the mail-order subscription service, Netflix was already moving on to bigger and better things. To counter the competition, Blockbuster borrowed from RedBox with kiosks for faster, anytime service. Nothing would work. In a desperate bid for relevance, they purchased the struggling Circuit City and ended up selling electronics alongside their movies.

In other words, their attempt at cannibalizing their brand ended in one big mess.

What Have We Learned?

Knowing when and why you’ll need to rebrand, or cannibalize your own business, isn’t easy. Your only hope is to keep constant watch on your competitors, but that’s just not enough. Watch technology. Learn how advances in other industries might just open up new lines of business for you.

The most important thing, as Kodak has shown, is the willingness to move. If you can’t be brave and move with the speed of business and technology, you’re already on your way to failure.