Ecommerce Marketing: What To Do When a Brand Drunk Tweets 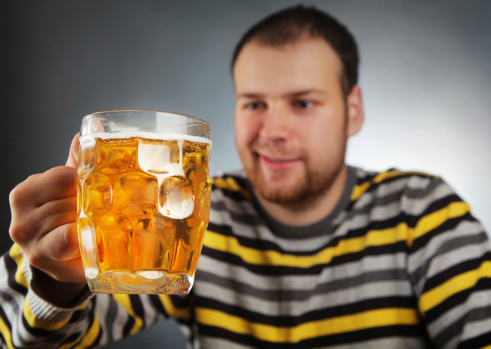 Last night's Super Bowl game was less than stellar action-wise. And unfortunately, the commercials were equally lackluster -- going more for tear-jerking than the humor and creativity that's come to define the multi-million dollar ad spots.

Fortunately, the social media team at JC Penney didn't leave us empty-handed, as their corporate Twitter account tweeted updates that looked like someone had had a bit too much at the tailgating party.

Take a look at some of the tweets coming out from JC Penney last night during the Super Bowl:

Now, let ye who has not drunk tweeted (or texted ... or Facebook'd) cast the first stone. I've perpetrated an inebriated social status update or two in my time. Fortunately, however, I'm not a brand unto myself (although one could argue that all employees associated with a brand in social media are part of it -- but that's a blog for another day).

Whoever you are, mistakes that you post into the socialmediasphere can garner a huge amount attention -- really quickly. And while that's great when your message is helping you drive new business, it's really bad when your message is poorly planned and misaligned with the psychographic characteristics of your buyer personas.

In my article from 2011 discussing the outages of the Amazon cloud hosting system that temporarily brought down the Netflix streaming video service, I argued that the social media team should be given the "red phone" with the 24/7 ability to quickly reach key decision makers within the company and the authority to react and engage with developing situations in social media. Social media is the fastest method of message amplification ever developed by man, which can be an enormous benefit to those who monitor and engage (and a curse to those who don't respond quickly).

What this means is that, at any given moment, a single person or small team (hopefully someone with incredible judgment and self control) holds in their hands the communications medium to a vast audience. The incredible advantages enabled by being able to monitor and respond to consumers in real-time are something that marketers never want to lose. The authenticity and depth of communication that social media has brought to the relationship between consumer and brand is one of the primary driving forces behind the inbound marketing experience. You never want to use the potential dangers of social media faux pas as a pretense for avoiding social media entirely.

That all being said, sometimes things just happen. Sometimes your well-planned campaign is met with the opposite reaction you intended. Sometimes a simple issue around account permissions get people confused as to if they're posting to their own account or the company's account. And sometimes someone just exercises poor judgment aided by the world's oldest social lubricant.

If you catch a post that's a mistake really -- really -- quickly, you might be able to delete the post and then stay quiet pretending nothing ever happened. It's my personal preference when I say or do something stupid, but it's kind of a weak move for a brand. In this day and age, once something is out there in cyberspace it's usually there forever. Someone somewhere probably got a screenshot of it -- especially when you're a brand with a large audience and a lot of eyes on you. For example, on the fly last night I was screenshotting the tweets from JC Penney and the responses from brands in case the various social media teams decided to wake up the next day with a gentlemen's agreement to pretend it never happened (thus depriving me of the chance to repeatedly say "drunk" on our blog and get away with it).

I can get away with this response strategy as an individual because I have a relatively small number of people paying attention to me at any given point in social media. As a brand, the danger of looking untrustworthy if you look like you're trying to hide a mistake can be even worse than the original mistake itself.

This is the play that JC Penney chose -- they denied the tweets were drunk at all and stated that they were part of a planned campaign to promote their mittens.

Oops...Sorry for the typos. We were #TweetingWithMittens. Wasn't it supposed to be colder? Enjoy the game! #GoTeamUSA pic.twitter.com/e8GvnTiEGl

In fairness, it's entirely possible that they were telling the truth. Many people believe them, including some major advertising critics (like AdAge) as well as some of my followers:

@webalicious @Mallikarjunan I'm sure they could've executed better. My point is, this struck me as planned marketing, not a drunk accident.

The man supposedly responsible for their social media accounts and strategy weighed in a couple of hours later:

For the record, I am stone-cold-sober.

Their PR team jumped into the fray, responding to an inquiry from Buzzfeed saying "We knew Twitter would be very active but wanted to find a way to stay above the Super Bowl fray and instead create our own narrative. Given it was cold, and we are selling Go USA mittens -- we thought it could be a fun stunt!”

There are several reasons that I don't believe this, not least of which that there would be no reason to omit the hashtag they were promoting from the "typo tweets" since all the retweets and responses would have included the hashtag by default and led to the very real chance that they would have become a trending topic. Trending. During the Super Bowl. If they left that out of the campaign design then they missed a huge opportunity -- and I think they're smarter than that.

I also don't believe it because my wife and I happen to have a pair of these mittens (#GoUSA) and there's no way you can tweet at all with them on, much less trigger a bunch of typos, since they don't have the finger tips that allow smartphone use:

But maybe we're taking the hastag too literally.

Whether a purposeful strategy or a drunk mistake, it has honestly worked out pretty well for them. Dozens of blogs are writing about them, and the mistake will be forgotten about in a matter of days. As far as social media disasters go, a few drunken tweets during the Super Bowl is a fairly minor offense that ends with most people just being amused. The danger here is that -- if it's not true -- they're eventually discovered and it damages the brand even more by making it seem untrustworthy. Trust and respect is such a huge factor of the social capital that a brand commands, and secrets rarely stay hidden.

As I was watching this situation develop last night, I could almost visualize what was happening as the situation was analyzed and a response put in place. Someone on the social monitoring or PR team hears about the tweets and starts dialing people with cool letters in front of their name (EVPs, SVPs, etc.). Because of how quickly it went viral, it didn't take long to get around:

@Mallikarjunan Who slipped @JCPenney a bowl of hunch bunch?

Ignoring my truly terrible Harry Potter joke that he was responding to, the interesting part was that there was a lapse of only about half an hour between the event and it reaching me (who really wasn't interested in or talking about the marketing aspects of the game at the time).

Assuming that their denial isn't, in fact, the truth, I'm sure that one of the ideas bandied about was to just acknowledge that someone was having a little too much fun and apologize. This is the typical brand response when you're caught in a mistake -- just apologize and wait for it to blow over. It's a classic for a reason; it's the least dangerous and least offensive of all the options.

Personally, I think the greatest story in all this isn't necessarily how JC Penney planned (or didn't) the tweets and responded (or didn't) to the reaction, it's the epic and hilarious responses from the other brands who jumped on the opportunity to ride the wave of attention.

Kia, who emphasizes the safety aspects of driving, was able to weigh in even though they already had a very aggressive social media campaign in progress that needed tending:

Doritos, a classic Super Bowl brand known for their great commercials and possibly one of my favorite brands in social media, also offered to help:

Slow down, @jcpenney. Have some #Doritos.

Coors Light even weighed in, adding their safety message:

But my favorite by far was Snickers who saw the tweet and used it as a chance to piggyback their message:

The agility and freedom to identify an opportunity to engage in a rapidly developing viral social media situation is one of the key aspects that allowed these social brands to jump in so quickly -- and also the aspect of social media that makes it so easy to have mistakes and errors in judgment. These brands gave the people what they wanted -- humor and snark -- by carrying on social conversations and truly personifying their brands. Doritos and Verizon Wireless even got into an amusing back and forth over who photobombed who at the game.

The best response to social mistakes and misunderstandings is usually to acknowledge that something happened, and to try to pivot it into a positive. Frankly, even if this was fully planned as they claim, they could have given it additional legs by continuing it rather than facing it down directly and hoping it goes away. They could have reached out to the Snickers social media team and had a Vine out with a joint "You're not you when ..." campaign. Their supposed premise for the "typo tweets" was that "you're not you when you're cold," after all.

There's always going to be griping and sniping in social media -- you're going to find people that can criticize and complain about any campaign.So even if it was an intentional campaign, not an error of one kind or another, they should definitely have planned to carry the massive momentum forward. Attention was their goal anyway, right?

Don't Use This As An Excuse

I can see it now: Some CEO reads this article and looks at their CMO who's been saying they should double down on social media and decides that social is too risky. Taking into account any risks, the potential upside drastically outweighs the downsides and potential consequences. Sure, people have had colassal, brand-wrecking flops in social media, but that's nothing compared to the thousands of real relationships that social has enabled between brands and the customers they work for.

One of the greatest benefits that social media has brought to the modern brand is the truly humanizing impact and personification that helps consumers build an identification around a real relationship instead of simple price competition. Making a brand seem truly human has exposed it to greater risk but, after all, to err is human and most mistakes are forgiven if you own them and can even laugh at yourself a little.