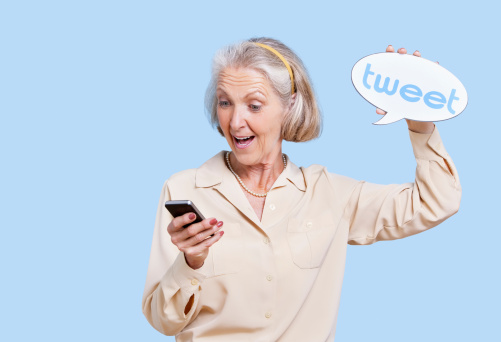 What brilliance did some of the top ecommerce companies first tweet? Were they savvy or silly? Did they fumble or find social media stardom? If you’re curious, too, read on. We went way back to the beginning to see if any of these companies fully understood the true power of Twitter from the beginning. Our conclusion: Not really. Take a look for yourself:

These guys took a moment to announce their first tweet of all time. For such a momentous occasion, they really didn’t do much with it, did they? It’s okay, though; most people freeze when tasked with creating the perfect first message to the world. Bonus points for self-deprecation.

With the general “we’re on Twitter” announcement, Wine.com also had a little celebration. We like to think they knew how important Twitter would eventually be for their ecommerce efforts.

To be honest, Best Buy didn’t give us much more than a quick hello, but we did learn there was a team behind the tweets. That first little glimpse into the human side of a brand is a good start, we have to say.

The first tweet from this company didn’t address the world at all. Instead, they replied to someone else’s tweet. From what we can see, they may have also caught that someone in a lie. Excellent for intrigue; bad for ecommerce.

There’s nothing wrong with using Twitter to announce some news to the world, but we’re sure a first tweet warranted a bit more exciting news. This ecommerce giant has since wrangled social media and presented some pretty impressive campaigns, though (see the release of their entire catalog on Pinterest for proof).

Though one of the top ecommerce sites out there, Powell’s used their first tweet to issue an invitation to their brick-and-mortar store. We approve of this as a first message to the world, because Powell’s managed some type of promotion, even if not ecommerce.

Big points to Home Depot for their first tweet! We understand they didn’t have a lot of room to squeeze all the words in, but they did manage to tell us about a sale and lead us…where? To their website! Excellent grasp of “the point” there.

These guys didn’t do too badly either with their first tweet. We get a reminder of their website, as well as promises for the future. The world had a reason to click that follow button and keep up with mini-messages from Hotels.com, and that reason was “great travel deals.”

Ah, our favorite ecommerce geniuses. Here’s a company that really made the most of their first tweet. While they did offer a discount, they also directed people to their website for the purposes of making a purchase. What a great way to say hello to new followers on Twitter. Way to go, ModCloth!

Of course, these ecommerce powerhouses really upped their game after discovering the marketing possibilities on Twitter. The platform itself also made sharing easier over the years, with connection to other social media accounts possible, longer tweets allowed, and now, the Twitter cards that show full images within the timeline.

Do you remember what your first tweet said? You can reminisce with this tool, which shows the first tweet of any handle you choose.