How Ecommerce Marketers Can Prepare For Online Sales Taxes 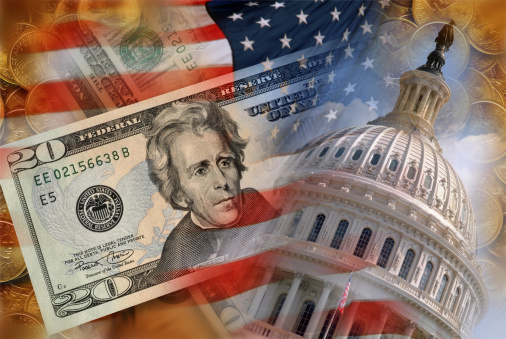 The lack of federal taxes has long been a built-in cost advantage for ecommerce companies. In addition to the many disruptive advantages of ecommerce over traditional brick-and-mortar (B&M) retail, the lesser tax burden has helped keep prices lower for online consumers. Historically, online etailers only had to pay sales tax in the states where B&M facilities were also present. This may all be coming to an end - soon.

Amazon Led (And Lost) the Battle

While various states have begun imposing sales tax on ecommerce sales, the world didn’t really sit up and take notice until Amazon got involved. In December, the Supreme Court denied Amazon the chance to appeal New York’s decision to require sales tax on goods and services sold online. What's unique is that, even though Amazon may not have had functional offices in the state (such as administrative or logistical centers), the judiciary ruled that "affiliates" (companies that attract traffic to their site for the purpose of redirecting it to another site, such as Amazon, and receive a commission) are agents of the ecommerce company that meet the state requirement of having a business presence and causes them to pay taxes anywhere there's an affiliate located.

Although the effectiveness of affiliate marketing is somewhat in debate among SMB (Small-Medium Busines) etailers (they tend to attract heavily price-sensitive customers that may have bought from you anyways), a large number of ecommerce merchants rely on affiliates in one way or another and the laws that apply to Amazon will also apply to them. This victory for New York may very well inspire other states to require the same. And, if you'll pardon a little brief alarmism and reductio ad absurdum for a minute, imagine if this concept is extended to media sites which you pay (per click) to send traffic and sales to your site. Essentially, New York's victory in the case over Amazon is the first domino to fall towards a future in which ecommerce retailers pay sales tax for all transactions in one way or another.

Billions of Dollars at Stake

Approximately $23 billion are uncollected from ecommerce companies each year in sales tax, which has those states that don’t require the tax raising eyebrows. In the middle of a recession or on the backside of it—either way, that’s a lot of money to pass up. The possibility of that missed income is a big motivator for states to begin requiring sales tax on online sales, but the reality is that legislating for sales tax isn’t as easy as it sounds.

While Tennessee, Indiana, and New York are among states already requiring sales tax from all ecommerce companies, other states are just beginning the battle. Coming to the decision to require sales tax is only the first step. The lawsuit itself is also important, as each state’s supreme court will have the final say on whether the case does or doesn’t meet constitutional requirements. If the lawsuit is flimsy, larger corporations with significant online sales can overturn the decision in that particular state through an appeal.

While larger companies like Amazon or Overstock.com don’t need to worry much about the effect sales tax will have on purchases made, small companies might experience some problems. After all, one of the big reasons consumers sought items online was to get significantly lower taxes (which was partially driven by a lack of sales tax passed along to the end-consumer). Smaller stores, especially those that largely serve local audiences, will take a hit in the inherent price advantages they enjoy over the brick-and-mortar competition in their area.

Having to pay state taxes could become an incredibly onerous task for SMB ecommerce retailers. The pain and hassle of filing federal taxes can be burdensome enough - plus any state taxes your state requires. When you compound that with having to be compliant with state tax and commerce laws from any state in which you're getting paid traffic from (or eventually possibly all 50 states) the sheer paperwork and bureaucracy may be a bigger killer than the actual revenue the taxes cull from smaller companies that don't have large finance teams. The inherent disruptive innovation in ecommerce over B&M retailers was that they could easily extend their inventory and reach in customer base without adding significant additional cost-structure. This meant that you could have a company of less than 20 people with a multi-million dollar enterprise and customers in all 50 states. Companies that size don't necessarily have the accounting and legal resources that nationwide B&M retailers have always had, and the transition might be painful.

Currently awaiting a vote is the Marketplace Fairness Act, which could make the issue of sales tax a reality for all ecommerce companies throughout the United States. With this act in place, all online purchases will be subject to sales tax, regardless of the state in which the purchase is made. E-tailers can also expect the sales tax to be unified under this act, which may make the process easier for all and avoid having to adhere to 50 different tax agencies, but it will probably still be frustrating for those unaccustomed to the requirements.

How You Can Prepare

Slicing an additional 5%-10% off the profit margins of ecommerce retailers is going to have a larger impact on SMB ecommerce retailers than some might think, since the industry is currently engaged in a cutthroat race-to-the-bottom of price slashing. Although we've said it before, we'll say it again: There will always be someone willing to make less money than you, and pure price competition isn't a sustainable strategy. With this additional burden on transactional margins, your company will want to double down on efforts to lower the cost of customer acquisition and increase the customer lifetime value. After all, profit-per-transaction is only one variable in your most important ecommerce growth metric. Invest in building a customized experience that addresses people in higher phases of the consumer lifecycle and heavily invest in building an ecommerce marketing structure that grows in value to your customers over time.

Click the three links in the paragraph above, read those articles, and you'll be better prepared for future margin-slashing taxations.

How do you think sales tax will affect the ecommerce realm? I’d love to hear your thoughts in the comments section below.