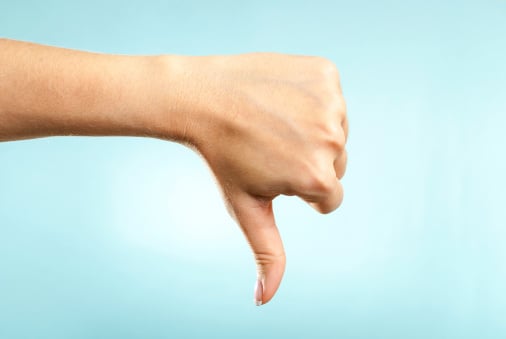 For a few years now, social media has been the darling of ecommerce. Experts for inbound marketing suggest a well-rounded marketing plan that doesn’t include social is bound to fail. Reports regularly share how Pinterest and Facebook convert visitors to customers, or how Twitter builds a brand audience. So, what does it mean when the latest reports say social had no bearing on holiday sales?

This year’s Cyber Monday was the biggest on record, with 70 million people spending over $10 billion. This adds up to an 18% increase over last year’s Cyber Monday sales. Many of those making purchases did so over the entire Thanksgiving holiday, even on Turkey Day itself. One-third of the purchases made were on mobile devices, with 48% of shoppers buying on Thanksgiving.

This is exciting news, both for ecommerce and for the economy in general. There’s just one tiny problem. Custora shows only 2% of sales were generated through social media. If social is so important to ecommerce, why such a poor showing in the metrics?

Where Sales DID Come From

According to Custora, 26% of sales were generated through organic search, which means people found the site through a search engine and make a purchase directly after. Following close on organic search’s heels was direct, where consumers typed in the address directly and made a purchase. Email marketing racked up the third highest referrals at 17%, and paid ads followed with 16%.

Where did social rank? Next to last.

Some marketers might argue this is the proof we need that social isn’t nearly as important as we first believed. But maybe this is simply proof of a larger problem.

How Social Got Shafted

We’ve written before about simple attribution models. For one thing, 41% of companies don’t use an attribution model at all. For these companies, only direct purchases would be counted. Of the companies that do employ an attribution model, nearly 58% count only the last touch. How many of those sales attributed to email or paid ads might not have happened without discovery and research through a social media site?

With this consideration in mind, how much of that $10 billion might not have been spent without discovery of the products through some form of social media? If Sally saw a dress from Target on Pinterest but didn’t have time to complete the sale at that moment, and then performed a search later that day to make the purchase, shouldn’t Pinterest get the credit for the sale? If Timmy saw a tweet from Nike about a sale on hoodies in his timeline and typed in the URL directly to buy one, why shouldn’t Twitter be counted? With current attribution models, this is exactly what happens.

How Will Number Look Next Year?

Sophisticated attribution models are available, and many companies are adopting them. As more ecommerce sites begin counting first-touch, last-touch, and assist roles in sales, how do you think those numbers will change? We’re pretty sure next year will look much better for social.