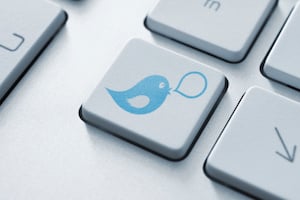 With rumors circling that Facebook will soon unveil their “buy” button, is it any wonder that the news now shows Twitter possibly testing and ecommerce program?

Social media has undergone a serious transformation since its conception, hasn’t it? What was once simply a place to catch up with friends and stay in the loop on current affairs has now become a true cash cow for the social media companies and those who use the platforms for marketing and selling. We’ve watched our Facebook feeds slowly fade from friend updates into a constant parade of marketing materials from companies Facebook is pretty sure we’ll like. Twitter provides marketing opportunities with featured tweets and Twitter cards that show up in our timelines based on our stated preferences.

Bring on the Buy Button

Now, it’s time for them to start selling. So, when can we expect to see a Twitter buy button? Maybe sooner than we think. According to some, Twitter has already been testing a payment feature through the Android app. The choice shows up in the menu, but clicking on it doesn’t do anything…yet.

This still isn’t the first sign that Twitter’s going ecommerce on us. Back in June, Twitter tested a “buy now” button that led to an ecommerce site. They also bought CardSpring, a company that’s working on making mobile payments easier. That all adds up to some pretty compelling evidence, doesn’t it? Sounds like it won’t be long at all before Twitter becomes a one-stop shop for marketing, advertising, and sales.

One look at Twitter and Facebook, and people might just assume these companies have it all. Like the popular kid at the lunch table, everyone crowds around them and clamors for attention. What happens when the crowd needs something the popular kids can’t offer? Maybe biology tutoring or voice lessons. Everyone has to leave and go somewhere else, right?

Well, the popular kids don’t like that. All they have to do is figure out how to offer biology tutoring and voice lessons, too. Maybe they can’t do it themselves, but they can maybe make a connection between the person who needs and the person who provides.

And that’s what Twitter and Facebook will do. They’ll facilitate the purchases on behalf of retailers. That means the kids still flock to the popular table at lunchtime, whether they’re looking for a little bit of socializing or just need to buy a new notebook.

Well, obviously the social media giants are just going to get bigger. It’s important to note that some of the little guys might benefit, too, though. Depending on the cost to use the “buy” buttons on Facebook or Twitter, companies that don’t have the ability to sustain their own ecommerce model can still offer ecommerce services. And of course, those consumers that aren’t annoyed by the timelines full of sales and marketing posts will appreciate the convenience of finding a product through social media and buying it, all without leaving the page.

It’s all about shortening that time between “want” and “own,” isn’t it? While Facebook and Twitter might not be able to offer the same convenience of Amazon—yet—they do have some other undeniable benefits. For one thing, consumers are 71% more likely to make a purchase based on referrals they get from social media. If they’re already logged into a Twitter or Facebook account where they can receive the referrals and made the purchase immediately, Amazon gets cut out of the deal.

Perhaps the most likely to benefit from a Twitter buy button would be a small company with no current distribution through Amazon. This might be a mom-and-pop shop that has relied solely on the sales from their ecommerce site or even a local store with an ecommerce presence.

Will you use the Twitter buy button, or will you stick with what you know? We’d love to hear your thoughts on social media commerce, so leave us a comment!