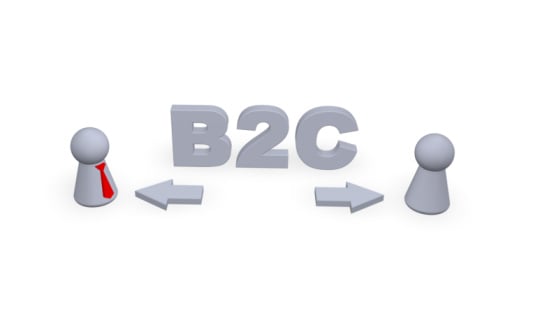 Although “ecommerce” tends to be thought of as a homogeneous business model based on the success of such titans as Amazon.com and Wal-Mart, there are actually many different ways that an ecommerce website can make money online. Based on who is selling to whom, what they’re selling, where they got it, and how they’re completing the transaction(s), an ecommerce business can build a completely unique model that gives them special leverage within a given market. The type of business model you choose also has significant operational and cash flow implications, as well as determining how you’ll position your sales and marketing.

Ecommerce is commonly thought of as a business selling something through an online interface to a consumer - also known as Business To Consumer (B2C). The most widely known ecommerce businesses, such as Amazon Direct (which differs from Amazon as a whole - which we’ll touch on later) or Buy.com, Wal-Mart.com, Target.com, etc., is one where a retailer sells directly to an end user.

For example, you might buy an HDTV directly from BestBuy.com, or buy lamps and furniture directly from Target.com, and then use them in your own home.

Business-To-Business (B2B) refers to a business (the ecommerce retailer) selling directly to another business goods or services that are used by the recipient to power their business. It may be as fundamental to their business as selling iron to a construction company or as supplemental as selling coffee to be consumed by employees at a marketing software company in Boston.

Often, a B2B ecommerce model functions in conjunction with a traditional B2B lead generation and sales model. That is, the seller’s website will attract and generate “leads” (contact and qualifying information about a prospective customer) and pass them along to an actual human being who will contact and sell the prospective customer an “account” to access the products the seller has to offer. The customer will then typically login to search products and make purchase selections on an ongoing basis.

Wholesalers, such as parts of AliBaba’s model or manufacturers of original products, will typically sell B2B. Other examples could include Aramark (which sells food, equipment, and other services to businesses) or even companies that market primarily to government and law enforcement agencies. Whenever the end user is itself a business that’s using the products the retailer is selling to augment or power its business operations, the relationship is B2B.

In a Consumer-To-Business (C2B) model, consumers sell products and services to businesses, instead of the other way around. For example, the consumers could list jobs-to-be-done or products they want and businesses compete for and complete the transaction through the C2B website, or a business could have a site where consumers can sell them things that they need.

Examples can include freelancer sites such as vWorker.com or TaskRabbit, where the end-user lists jobs that businesses (either individual businesses or larger businesses) can fulfill. B2C can also include sites such as Monster.com and CareerBuilder.com where the “end-user” (the prospective employee) lists their “product” (resume and skills) to attract a business. Reverse auction websites, where an end-user lists a product they want and businesses bid to see who can make the least money selling it to them, are another example of C2B ecommerce businesses.

All of those annoying "cash for gold" commercials could also be thought of as C2B, since consumers are selling a product directly to a business which is, in turn, using the product to make money (mostly by melting and reselling the raw gold to gold buyers).

In a Consumer-To-Consumer (C2C) model, the ecommerce website serves to facilitate the transaction between two consumers. Auction sites such as eBay (specifically when items are sold by individuals, rather than businesses listing products for auction - a semantic distinction which nonetheless fundamentally changes the relationship between the seller and buyer) are the classic examples of C2C ecommerce sites. Dating websites or sites like Etsy where individuals can sell directly to other individuals could be considered another example of C2C ecommerce.

As I mentioned earlier, your business doesn’t have to use one of these models exclusively. In fact, many of the most successful ecommerce businesses use a combination of these methods. You can combine these methods in different permutations in your business model (for example, the cash for gold company could be C2B and B2C if they buy from consumers, melt down the gold, and then sell it to other consumers), or just in different combinations where they can function independently of each other.

Amazon.com - arguably the most successful ecommerce business of all time - uses all four of these models in a combination where they're independent of one another to varying degrees. Amazon Direct sells products that they warehouse and ship (B2C), Amazon Marketplace allows individuals or businesses to sell directly to consumers (C2C depending on who’s selling), Amazon’s Mechanical Turk program can connect consumers directly with freelancers to do work (which, again, can be C2B or B2B or C2C depending on who’s buying and who’s selling), and Amazon Supply sells B2B.

I’ll add the caveat here that you’ll probably want to do one thing well before expanding into new models, since each model has unique operational and logistical challenges that can eat into profits until you can do them at scale. That being said, these elements can empower a great deal of creativity when you’re designing what you’re going to sell and to whom you’re going to sell it.