10 Types of Image File Extensions and When to Use Them 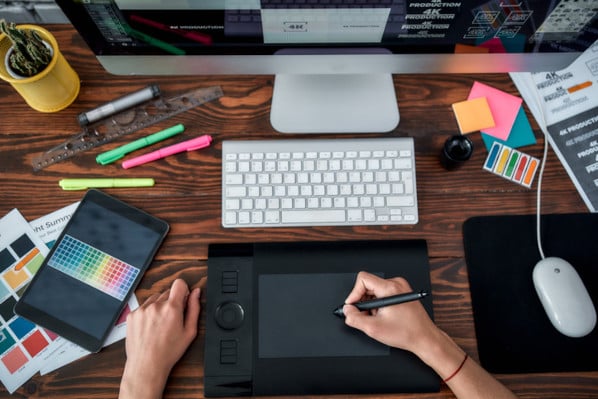 Have you ever wondered when you should use a JPG instead of a PNG? Or maybe you're just trying to figure out which program opens an INDD.

Unless you're a graphic designer by training (like me), chances are you've never needed to understand things like what separates a TIF from a PDF or a PSD. While the large variety of image formats may seem overwhelming, there is a method to the madness.

We've put together a useful outline to help you understand the difference between each file format, and when they are appropriate to use.

First things first: What is the difference between vector and raster?

Raster images are constructed by a series of pixels, or individual blocks, to form an image. JPEG, GIF, and PNG are all raster image extensions. Every photo you find online or in print is a raster image. Pixels have a defined proportion based on their resolution (high or low), and when the pixels are stretched to fill space they were not originally intended to fit, they become distorted, resulting in blurry or unclear images.

In order to retain pixel quality, you cannot resize raster images without compromising their resolution. As a result, it is important to remember to save raster files at the exact dimensions needed for the application.

Vector images are far more flexible. They are constructed using proportional formulas rather than pixels. EPS, AI and PDF are perfect for creating graphics that require frequent resizing. Your logo and brand graphics should have been created as a vector, and you should always have a master file on hand. The real beauty of vectors lies in their ability to be sized as small as a postage stamp, or large enough to fit on an 18-wheeler!

If you're not sure whether you have a vector version of your logo, here's a little trick for you: Call the company that printed your business cards or the vendor that embroidered your logo on a shirt. Often they'll have a vector file of your logo that they can send to you for your records.

Have you heard your designer talk about DPI or PPI? DPI stands for "dots per inch" and PPI translates to "pixels per inch." These units of measure are essential for determining if the density of pixels in an image is appropriate for the application you are using.

The biggest thing to note when determining what DPI or PPI you require is if you are using an image for print or web. Websites display images at 72dpi, which is low resolution; however images at this resolution look really crisp on the web. This is not the case for print. Best practices for printing an image will require it to be no less than 300dpi.

Don't try to trick the system. A lot of magic can happen in Photoshop, but creating pixels out of thin air isn't one of them. Pulling an image off of the web and trying to get it to fit the dimensions of your print project just won't work. You will end up with a pixelated image that appears stretched and distorted.

JPEGs might be the most common file type you run across on the web, and more than likely the kind of image that is in your company's MS Word version of its letterhead. JPEGs are known for their "lossy" compression, meaning that the quality of the image decreases as the file size decreases. 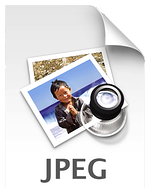 You can use JPEGs for projects on the web, in Microsoft Office documents, or for projects that require printing at a high resolution. Paying attention to the resolution and file size with JPEGs is essential in order to produce a nice-looking project.

There is no difference between the .jpg and .jpeg filename extensions. Regardless of how you name your file, it is still the same format and will behave the same way.

The only reason that the two extensions exist for the same format is because .jpeg was shortened to .jpg to accommodate the three-character limit in early versions of Windows. While there is no such requirement today, .jpg remains the standard and default on many image software programs.

PNGs are amazing for interactive documents such as web pages but are not suitable for print. While PNGs are "lossless," meaning you can edit them and not lose quality, they are still low resolution.

The reason PNGs are used in most web projects is that you can save your image with more colors on a transparent background. This makes for a much sharper, web-quality image.

GIFs are most common in their animated form, which are all the rage on Tumblr pages and in banner ads. It seems like every day we see pop culture GIF references from Giphy in the comments of social media posts. In their more basic form, GIFs are formed from up to 256 colors in the RGB colorspace. Due to the limited number of colors, the file size is drastically reduced.

This is a common file type for web projects where an image needs to load very quickly, as opposed to one that needs to retain a higher level of quality.

A TIF is a large raster file that doesn't lose quality. This file type is known for using "lossless compression," meaning the original image data is maintained regardless of how often you might copy, re-save, or compress the original file. 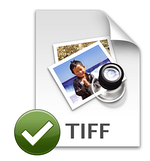 Despite TIFF images' ability to recover their quality after manipulation, you should avoid using this file type on the web. Since it can take forever to load, it'll severely impact website performance. TIFF files are also commonly used when saving photographs for print.

PSDs are files that are created and saved in Adobe Photoshop, the most popular graphics editing software ever. This type of file contains "layers" that make modifying the image much easier to handle. This is also the program that generates the raster file types mentioned above. 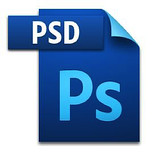 The largest disadvantage to PSDs is that Photoshop works with raster images as opposed to vector images.

PDFs were invented by Adobe with the goal of capturing and reviewing rich information from any application, on any computer, with anyone, anywhere. I'd say they've been pretty successful so far. 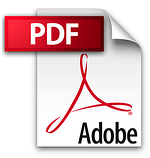 If a designer saves your vector logo in PDF format, you can view it without any design editing software (as long as you have downloaded the free Acrobat Reader software), and they have the ability to use this file to make further manipulations. This is by far the best universal tool for sharing graphics.

EPS is a file in vector format that has been designed to produce high-resolution graphics for print. Almost any kind of design software can create an EPS.

The EPS extension is more of a universal file type (much like the PDF) that can be used to open vector-based artwork in any design editor, not just the more common Adobe products. This safeguards file transfers to designers that are not yet utilizing Adobe products, but may be using Corel Draw or Quark.

AI is, by far, the image format most preferred by designers and the most reliable type of file format for using images in all types of projects from web to print, etc. 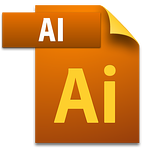 Adobe Illustrator is the industry standard for creating artwork from scratch and therefore more than likely the program in which your logo was originally rendered. Illustrator produces vector artwork, the easiest type of file to manipulate. It can also create all of the aforementioned file types. Pretty cool stuff! It is by far the best tool in any designer's arsenal.

INDDs (InDesign Document) are files that are created and saved in Adobe InDesign. InDesign is commonly used to create larger publications, such as newspapers, magazines and eBooks. 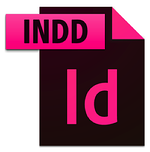 Files from both Adobe Photoshop and Illustrator can be combined in InDesign to produce content rich designs that feature advanced typography, embedded graphics, page content, formatting information and other sophisticated layout-related options.

A RAW image is the least-processed image type on this list -- it's often the first format a picture inherits when it's created. When you snap a photo with your camera, it's saved immediately in a raw file format. Only when you upload your media to a new device and edit it using image software is it saved using one of the image extensions explained above.

RAW images are valuable because they capture every element of a photo without processing and losing small visual details. Eventually, however, you'll want to package them into a raster or vector file type so they can be transferred and resized for various purposes.

As you can see from the icons above, there are multiple raw image files in which you can create images -- many of them native to certain cameras (and there are still dozens more formats not shown above). Here's a brief description of those four raw files above:

Working with images is a lot more complicated than you'd think at first glance. Hopefully this guide has provided a better understanding of the standard file types and which are most appropriate for your project.

Does this article make you wonder which file types of your logo you have on hand? Take a look, and if you don't have an .EPS or .AI file stashed away, I would recommend contacting your designer.

As Art Director at Quintain Marketing, Jessie-Lee brings a unique blend of graphic design skills and marketing and social media knowledge. In addition to her design skills, Jessie-Lee has extensive experience in the design and implementation of social media strategies including blogging, and the use of platforms such as Facebook, Twitter, and LinkedIn.

Editor's note: This post was originally published in October 2018 and has been updated for comprehensiveness.