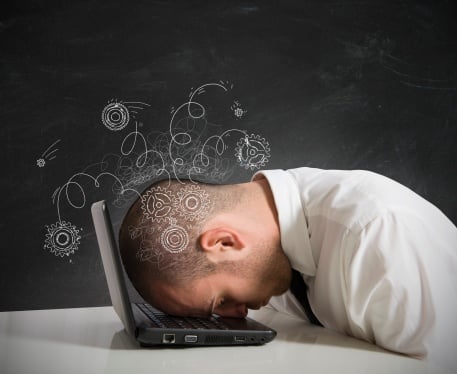 We’ve all done it. Written up an email, edited it, sent it to be proofed, scheduled it to send to all of our contacts, then received it in our inbox and noticed something wrong with it.

A simple copy error in an automated email is one thing (and maybe I’m prone to more mistakes than most) but I’ve encountered much worse than a spelling mistake.

What follows are four different marketing automation fails that I've committed myself (and a fifth one from a major brand so I don't feel entirely selfless).

I remember the day… it was a nice Wednesday on the 30th of May back in 2012. I had created a newsletter email within HubSpot for a document management company.

Back in the olden days we didn’t have the easy-to-use personalization email tools that HubSpot has now. If we wanted to address someone by their first name, we had to use code within the copy of the email. When you would test send the email it always showed up as generic, “Dear First Name.” So unless you triple checked the code, you would assume the email was fine.

What you see in the picture is my blunder. This is what all of their newsletter contacts saw when the email was scheduled and sent. So on that lovely 30th day of May, I received an email from the boss stating “The first name is in the actual email. How did this happen?” Oops.

My coworker claims this next fail was on purpose but we all know it was an accident that produced a rather delightful outcome. At OverGo, we create a monthly newsletter for our clients, get it proofed, approved and then schedule it.

Well, our content manager and I were out grabbing some drinks on a Saturday night and at 11pm both of our phones buzzed with work emails popping up. We looked at our phones, saw that we had just received one of our client’s newsletters, and immediately sent an email to our coworker asking if he had meant to send out an email at 11pm on a Saturday.

Well, turns out he didn’t actually mean to do that. And really, this isn’t a disastrous event; it’s the outcome that makes it remarkable. The email that went out at 11pm had an open rate 10.8% higher than the newsletter that went out the month before.

As you can see, June’s newsletter performed much better than the newsletter from the previous month, making this automated email fail kind of a success.

Although, I’m sure some other factors could have affected it (such as email subject or curiosity as to why this email was interruptingan individual's movie night).

We had scored a new client and I was put in charge of their first email campaign for an event they had coming up.  It was a simple campaign where all we had to do was create a few landing pages, a call-to-action, and a workflow with a few invitational emails (which they actually provided the copy for).

As I do for most things, I took the copy they provided out of my email and stuck it in a word document so I could edit it.

(Side note: My coworkers have made fun of my dependence on Microsoft Word for my to-do list as well as other things, but this proceeding fail was sure an eye opening experience.)

After editing the email content in Word, I copied and pasted it into the email editor in HubSpot. I sent out test emails to numerous people and made sure it was perfect for our brand new client. Everyone approved it and I went ahead and scheduled it. Well… it wasn’t entirely perfect.

The problem is when you copy and paste directly from Word, it puts a lot of style formatting code in the HTML that you can't directly see in a WYSIWYG editor.

Some email systems and browsers will ignore the code while others will try to interpret it. It didn’t show in HubSpot or our Gmail inboxes because they ignore the formatting.

So what can you do to prevent this? A best practice when copying and pasting from Word is to use the “Paste from Word” or “Paste as Text” command. This eliminates all the funky code you can’t see. You can also paste into a Text editing program first to get the plain text before pasting into the email editor. Crisis averted!

So now that you’ve seen some of our agency email automation fails, it’s time to make myself feel a little better and look at a big brand's automation fail.

Dominos received a compliment from a happy customer and apparently wasn’t prepared for it. One of their customers posted a picture of the pizza they received, calling it the best pizza ever. Dominos immediately responded with an “I’m sorry” comment back, most likely a customer service bot prepared to do some damage control. 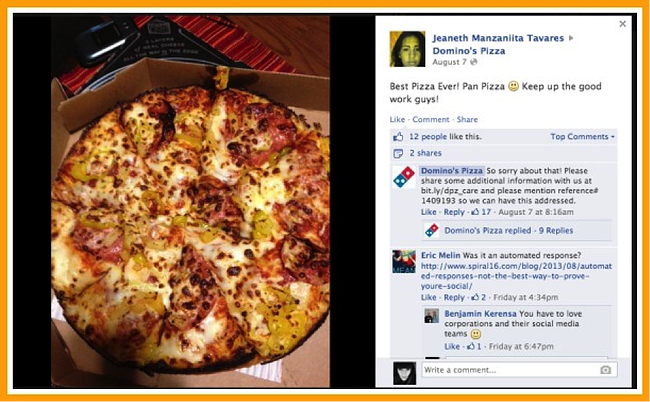 They tried to cover up the auto response later with a joke and also claimed that it was a real person that responded and that they had simply made a mistake, but it definitely didn’t go over well.

How to Avoid Automation Fails

I could say that proofreading, sending out test emails, and having others edit and proofread could prevent you from an automation fail but as you can tell from our mistakes, they’re going to happen and it’s going to suck.

But from all of this we learned a lesson or gained insight into what works and what doesn’t. So carry on automation creators, carry on.

Laura Hogan is an account manager for OverGo Studio, an inbound marketing agency in Southport, NC. Laura worked for OverGo while she went to school at UNCW and then came on full-time. So she has been able to grow her knowledge of marketing along with the company's growth. You can follow her and her pitbull Piglet on Twitter @lalalaurahogan.