Paralysis by Analysis: How Too Much Data Can Stifle a Marketing Campaign 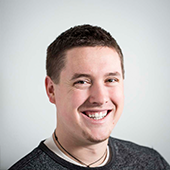 I can see it now: Spreadsheets and flowcharts tracking dozens of KPI’s are littered across a desk. Notes with scribbles saying “direct traffic down” and “unsubscribe rates increasing” are stuck to the side of a computer screen.

In front of it is a marketing manager about ready to lose his last shred of sanity as he continues to pore over intricate reports meant to help him gauge the success of his campaign.

This scene sounds like a terrifying caricature of business life, meant to magnify a perception that the manager or owner drives himself crazy over business.

Sadly though, this is quite often the reality, but not due to a harsh boss dictating that one stays late “to get ahead” but instead by an overwhelming amount of campaign data and information available to the modern digital marketer.

This paralysis by analysis is slowly stealing marketers’ precious remaining sanity and is crippling their campaigns in the process.

Let’s take a step back. Paralysis by analysis is a phrase commonly used to describe the act of over thinking a situation or over analyzing the various aspects of an issue, leading to the inability to come up with an action or reach a resolution.

Within the digital marketing field, this expression is often used when a campaign’s progress or search for new direction is halted by the attempt to fully analyze an overwhelmingly large amount of data that is now at the fingertips of all marketing professionals.

Whether you’re an account manager trying to fight through the numerous metrics-related questions brought forward by a client or a marketing manager with an inability to take their eyes of the reports section of their marketing software, paralysis by analysis can ultimately be boiled down to just a few key issues: Tracking and attempting to analyze too many KPI’s and a disconnect between measured marketing analytics.

Site visits, organic traffic growth, landing page conversion rates, social engagement, keyword rankings, visits from referrals, leads generated in the last month, re-conversions brought in through email, Facebook fan growth, prospects brought in through word of mouth from your grandmother.  The list can go on and on and (almost) all of these can be tracked using marketing software. Oh, and don’t forget to compare all of these findings to last month’s numbers and the previous three month average. Ah hell, might as well compare them against last year’s too!

Tracking too many KPI’s leads to spending too much time creating and analyzing reports and not enough time focusing on the basics of a campaign.  While yes, nearly all of the metrics listed above may have a place in campaign reporting in one way or another, the general pulse of a campaign’s progress should be measured by a handful of the most important KPI’s, not the whole litter.

How to Avoid Paralysis

Before you start picking any and every KPI to track and report on for your campaign, take a step back and look at your overall objectives.  If your goal is to increase organic traffic, choose KPI’s around that area (organic traffic and keyword rankings).

If your end goal is to improve lead conversions, find the metrics that showcase that type of progress (leads, landing page conversion rate, re-conversion rate). The best way to stay away from digging too deep into reporting is by establishing KPI’s based off of the campaigns overall objectives.

Reported information is only truly useful to someone when they grasp a fundamental understanding of how the numbers were calculated and have the experience to see trends within raw data. You can ask for all the reports you want, but unless you can see the connection between two sets of seemingly unrelated pieces of data, you’re wasting your time.

A digital marketing campaign is a complex system utilizing a number of different pieces across multiple channels in order to create quantifiable results.  Understandably, it takes time to fully appreciate how everything works and connects with one another.  If you’re just learning the ropes of inbound marketing or are reporting to someone in that position, hammering through 30 pages of campaign metrics every other week is the best way to cause a panic attack.

How to Avoid Paralysis

As the old saying goes, “you have to learn to walk before you can run.”  The best way to avoid this “data downfall” is to spend time within the various functions of a campaign in order to build up your knowledge and understanding of its inner workings. The more time you spend understanding what constitutes an organic visit from referral traffic, the difference between an email open rate and a click rate, and other common bits of digital marketing knowledge, the more you will understand about what the reporting surrounding those areas of the campaign truly means.

Paralysis by analysis is a very real thing in the digital marketing world. Managers can lose their minds over too many reports while uneducated clients can stymie progress with misguided fixations on irrelevant data.  No matter the issue, this can often be avoided with a thorough understanding of the marketing processes coupled with a focused KPI list.

11 Facts About Inbound Every Marketer Should Know