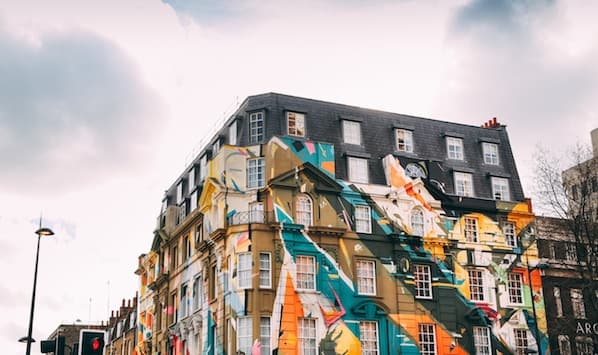 To help grab people’s attention in your advertisements, we’ve put together a list of seven ad tips, supported by examples, that’ll help your brand cut through the noise. Read on to learn how to craft creatively refreshing ads that will convert your audience into customers.

1. Stand Out From The Crowd 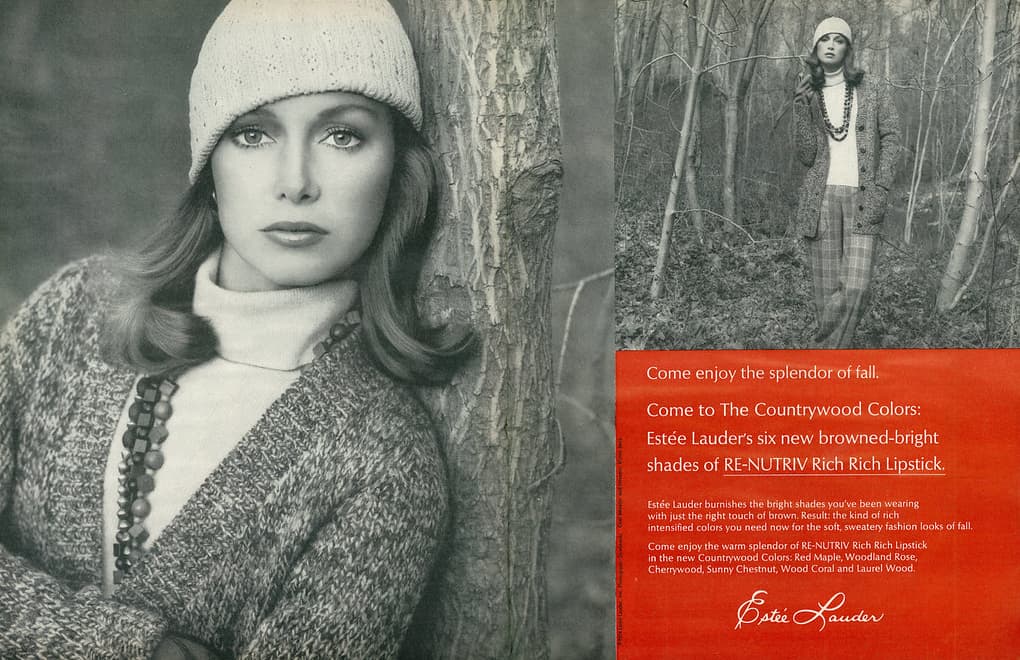 In a world where countless brands fight for a limited amount of attention, the only way your advertisement can grab people’s attention is by being original.

As a marketer, though, it can be tempting to leap onto the latest trend that all your competitors have already pounced on. If everyone else is implementing the latest tip or trick, it must work, right? To captivate an audience, though, you must resist this urge.

Cliches repel attention. They sap your advertisement's creativity and can’t activate the prefrontal cortex, which is the part of the brain responsible for experiencing emotions. But how exactly do you create an original advertisement? Consider one of Estée Lauder’s print campaigns from the 1960s.

Back then, Estée Lauder’s main competitors like L’Oréal, Revlon, and Helena Rubinstein all ran vibrant, colorful ads in magazines. Every makeup ad was beautiful and rich. But even though they seemed eye-popping at first glance, audiences became accustomed to these types of ads -- they all looked the same. They started blending in with each other.

Realizing that no one could differentiate between the brands running full-color makeup ads flooding magazines during that time period anymore, Estée Lauder did something so controversial it was deemed “radical”, “stupid”, and even “ugly”: they ran their ads in sepia.

Estée Lauder’s print advertising move received its fair share of criticism, but they’re ability to be original helped them immediately stand out from the crowd and rake in 25% more responses than their previous color print campaigns.

2. Turn Your Ad Into a Game 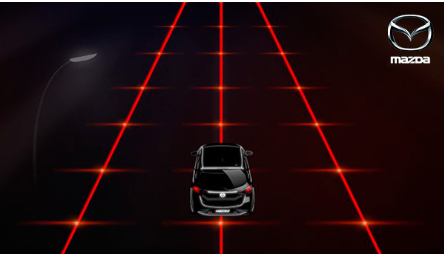 The brain is wired to predict things. It’s an evolutionary trait that allows us to anticipate what’s going to happen next and quickly react to it. That said, advertisements that are predictable only require a shred of thought to understand, so they’re too easy to grasp and, in turn, too boring to engage anyone.

With this in mind, if you can scrap predictability from your advertisements, you force your audience into a deeper level of thinking to digest your message, compelling them to pay more attention to it.

Sometimes, marketers think the more benefits and features they include in their ads, the higher their conversion rate will be. But trying to read a jumbled ad requires a lot of thought and energy, so cramming an ad with a bricks of copy doesn’t actually grab people’s attention. It repels it.

To immediately hook people and persuade them to read the rest of your ad, consider conveying one message per ad. Spotlighting your product or service’s main benefit or feature will make it easy for your audience to understand its value and increase the likelihood of doing business with you because they’ll leave your ad remembering only one message: your product’s or service’s main feature will benefit their lives somehow, someway.

For example, in Citizen’s ad for their Eco-Drive watch, they only use a single line of copy and a simple image to convey their product’s value to their audience -- a watch that never needs a battery. 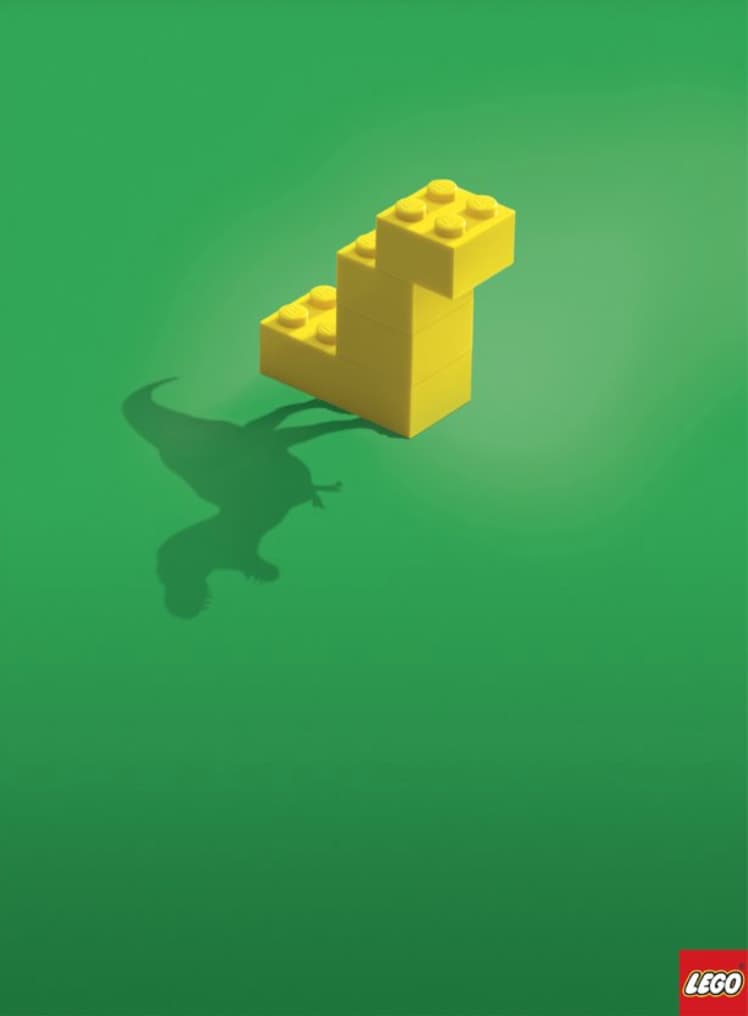 When we were babies, we relied on vision to associate objects with behaviors, like a ball meaning play time. Vision was the only way to learn about the world.

That’s why you can understand visual information in 250 milliseconds and why your visual system activates over 50% of your brain. Visual storytelling is the best way for people to grasp concepts and data easily.

For instance, in LEGO’s ad, they only use two images, a simple lego creation and a shadow of a dinosaur, but you can instantly form a concrete understanding of its core idea -- with Legos, you can create anything. 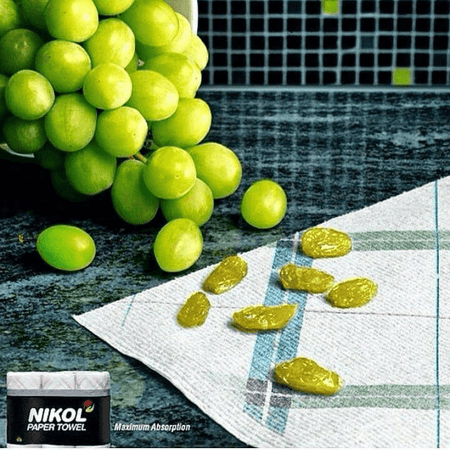 Exaggerating your product’s benefits, in a clever and obvious way, is one of the best methods for slipping some humor into your advertisement, which can capture your audience’s attention and trigger an emotional response from them.

For instance, Nikol’s paper towels obviously can’t turn grapes into raisins, but this ad highlights the product's absorbent powers in such a clear and artful way, they didn’t need to write a single line of copy. 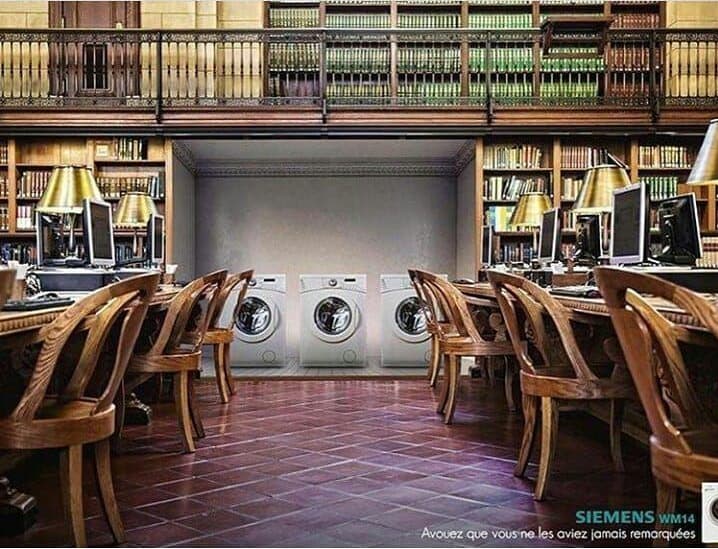 Showing your audience something is much more engaging and interesting than telling them it. Relying on implication to convey a message is mysterious, making it more fun for your audience to figure out.

For example, in Siemens’ creative ad, they show the benefits of their product by unexpectedly placing their washers and dryers in a library to show you that they’re so quiet, even a librarian wouldn’t need to shush them. 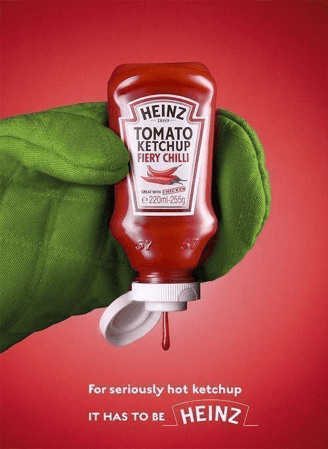 In relation to food, the word “hot” has multiple meanings: having a high temperature and being spicy. Heinz brilliantly used the connotation of high temperature to highlight the spiciness of their ketchup, and their creative method of communicating the value of their product helped them instantly attract people’s attention.

How to Explain Banner Ads to Anyone

In marketing, it’s easy to just throw money at a problem and hope it to go away. But if this is your strategy, soon enough, you'll exhaust your resources and be left with no effective long-term solutions.