Most people watch movies to escape the real world, especially as a way to unwind after work. But some of the best movies can actually inspire us to be better at our jobs. 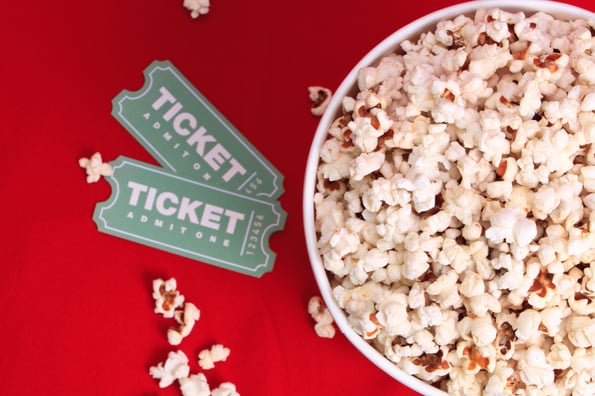 Watching movies is a refreshing, if unconventional way to reflect on your career and learn something new about yourself, so we’ve curated a list of the best movies for modern marketers.

We hope they inspire you and help you grow.

8 of the Best Movies for Modern Marketers

The Social Network tells the gripping origin story of a website that moved tectonic plates in the digital marketing world -- Facebook. As a marketer, it’s fascinating to get an inside look at what inspired the creation of Facebook, the founders’ thought processes when they built it, the steps they took to develop it, and all the ups and downs Facebook experienced as it evolved into the social media giant it is today. From its humble yet promising beginnings to its rapid growth, The Social Network shows you that Facebook’s rise to tech stardom wasn’t void of any obstacles.

In 2002, the Oakland A’s won the most games in baseball, highlighted by a 20 game winning streak that broke an American League record. They also had the third lowest payroll in the Major Leagues. In an industry dominated by teams with enormous payrolls, how did the A’s become the best in baseball?

They made data-driven decisions.

Moneyball recounts the beginnings of an analytical approach to winning baseball that is the status-quo today. The A’s swapped the instinctual, traditional way of scouting players for one of the most unconventional routes at the time. By signing cheap, undervalued players based on metrics that signaled success to only the A’s and no one else, they got the maximum bang for their buck for each dollar spent.

In this sense, baseball and marketing have a lot in common. Before data drove key decision making, intuition did. Then, when a few brave trailblazers nominated data as its replacement, a tidal wave of backlash came crashing down on them. But data proved itself worthy, and it has become the most crucial component in the decision-making process for both industries.

Nowadays, it seems like everybody strives for a more balanced life. But not Ryan Bingham, George Clooney’s character in Up in the Air. Ryan works for an HR consultancy firm that helps companies conduct layoffs. He flies almost every day to fire his client’s employees, so he doesn’t have a permanent address or a family. And he absolutely loves it. Ryan believes that relationships with people and things aren’t worth it -- they’re too taxing. He even gives motivational speeches to get people to follow his life mantra.

But when Ryan starts a casual relationship with a fellow frequent flyer, mentors a new hire who constantly challenges his values, and experiences some heavy moments with them both, he starts to question his life philosophy.

Up in the Air reminds us that hard work and dedication can take you to great heights. But your most memorable moments in life will always revolve around your loved ones, not your career.

Steve Jobs, the man behind Apple, was arguably the most visionary product designer and marketer of our generation. In his biographical film, Steve Jobs’ notorious personality is always on full display. The movie delves into the complex reasoning for Jobs’ poorly made psyche, which provokes sympathy for Jobs despite his ruthless treatment of his diligent employees, meticulous micromanagement, and bitter coldness towards his loved ones. And, more importantly, you learn how much he impacted Apple, technology, and the world as we know it today.

5. Thank You For Smoking

Nick Naylor, a slick tobacco lobbyist, has a talent for persuasion. Throughout the movie, you watch in disbelief as he cleverly defends the tobacco industry in classrooms, on T.V. shows, and even at a Senate hearing. Some people might think Thank You For Smoking is just an advertisement for cigarettes. But its core message is a lot more complex than that. The movie illustrates how knowing how to spin a product the right way can convince anyone that it’s good for you, even if it can kill you. And that’s the encouraging yet dangerous part of marketing: people want to trust other people and they want to be swayed. That’s the human condition.

The Founder tells the story of Ray Kroc, a 52-year old milkshake machine salesman who discovers McDonald’s, a small yet remarkably efficient burger joint, and transforms it into the largest fast food empire in the world. But even though Kroc’s grit and determination to catapult McDonald’s into the chain restaurant hall-of-fame is admirable, his broken moral compass and conniving methods are despicable. Throughout the movie, you learn the McDonald’s empire is built upon a heap of controversial business moves. It makes you question where you yourself should draw the line between doing whatever you can to fulfill your dreams, and being morally good.

7. The Pursuit of Happyness

Chris Gardner has one of the most inspirational life stories out there. While watching his biographical film, you experience the euphoric highs and heartbreaking lows of his life as a homeless, unpaid intern raising a 5-year old son on his own. But his ambition, perseverance, and love for his son ultimately drive him towards success, giving this movie a very happy ending.

The Joneses’ are the perfect family. They’re good looking, charming, and have the perfect life. Too bad it’s all fake. They’re actually a group of professional salespeople who leverage their influence to promote products to their community. You haven’t seen influencer marketing until you’ve watched this movie.