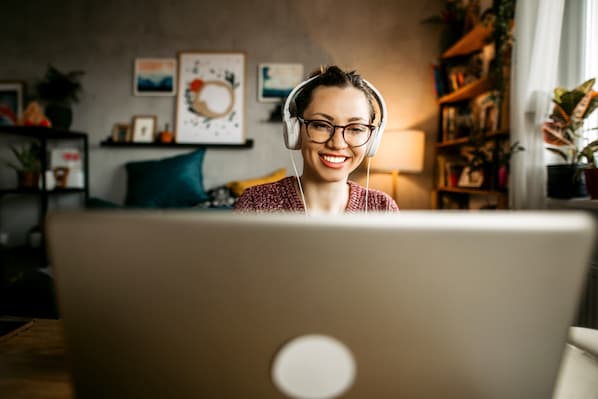 HubSpot Blog Research revealed that YouTube sees the highest usage among social media platforms by video marketers, more than TikTok and Instagram. It’s also where marketers will invest the most in this year.

With so much emphasis placed on the platform, we wanted to know what times and days publishers saw the best results.

Keep reading to learn what we discovered.

Creating a video for YouTube isn’t an easy task. First comes ideation, then scripting followed by filming, and finally editing - and that's just at a high level. Imagine doing all that work just to upload a video that doesn’t get much traction.

When you’re first starting out, you’re bound to struggle. However, if you’ve been at it for a while and are still not getting any traction from your videos, your upload time could be the culprit.

We surveyed 300+marketers in the United States for our Social Media Trends Report and asked them, “What’s the best time to post on YouTube? ”

While other social media platforms offer countless formats to engage audiences, from ephemeral content and in-feed posts to polls and live streaming, some argue YouTube is slow to expand its formats.

Given that, it’s a bit surprising that marketers are posting as often on the platform, especially since it’s long-form content that tends to require more time and effort.

Now onto the good stuff: The best times to post on the platform. 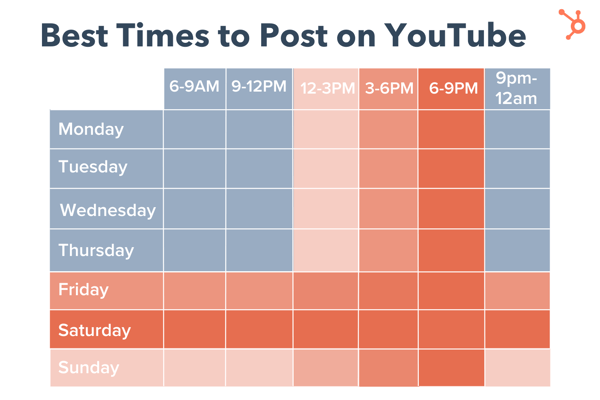 As for the best days, data shows that it’s the weekend with Saturdays being the most popular answer, followed by Fridays and then Sundays.

One way to explain this is that the weekend gives consumers more time to explore the platform and dive into their favorite content.

Wondering when you shouldn’t post on the platform? According to our social media trends report, Mondays aren’t so popular among marketers.

Only 5% of marketers surveyed said Mondays were the best time to post on the video platform. The second least-popular day was Tuesday, followed by Wednesday.

As for the times, here’s the breakdown:

Fewer than 20% of respondents said an early morning posting (between 6 a.m. and noon) offered the best results.

The answer to this is both yes and no. Yes, it does matter what time you post on YouTube in the short term because it will impact how many views your video gets within the first few hours.

Optimizing your views during this time period can help you generate more traffic to your content and help the growth of your channel.

However, it doesn’t play a huge role in the long term. Say your video was posted at 3 a.m., that has little impact on how many views it can garner over the next couple of months or years.

This means that even if your video may not perform well initially, if it’s the most relevant video to a user’s query, it can quickly gain traction.

How to Find Your Channel's Best Time to Post

Your Analytics dashboard is the best place to go to find the most accurate and reliable data on your channel - including the best time to post.

If your channel generates enough traffic, you'll gain access to an advanced report which shows you when your viewers are most active on the platform. 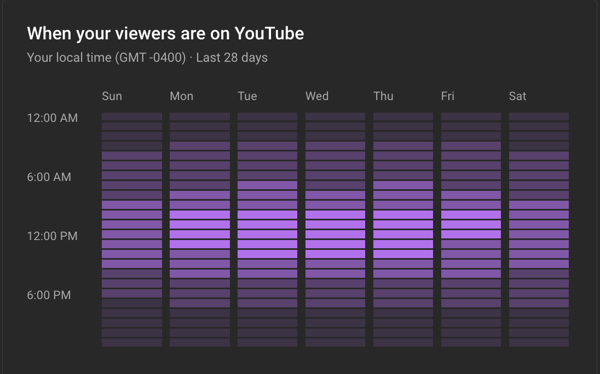 Knowing the best times and days to post on YouTube isn’t meant to be a strict ruling on when you should post. Instead, it should be used as a guide to optimizing your channel for short- and long-term success.

A Marketer's Guide To Video Codecs

Why You Should Leverage Interactive Videos [Data from 500+ Marketers]