5 Quirks of the Human Brain Every Marketer Should Understand 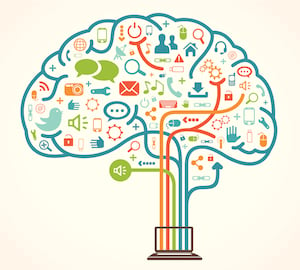 The human mind is an amazing instrument, but it certainly has its quirks and flaws.

The technical term for these flaws? Cognitive biases, which means irrational thought patterns -- trade-offs of the human brain that worked well for us as cavemen, but don’t always work in our favor today.

These brain quirks can seriously limit your marketing efforts, and even cause them to backfire on you. On the flip side, if you understand them, they can actually make you more successful. Here are the five brain quirks all marketers need to understand so they can help you, not hurt you.

Humans have an innate tendency to explain the behavior of others in terms of their personality. It’s how we’re wired to think about things. The problem is this: We often ignore context and circumstances, attributing everything to a person or organization’s personality.

A landmark study by Edward E. Jones and Victor Harris in 1967 showed the true power of the effects of this attribution error. The participants in the study were asked to read an essay that was either for or against Fidel Castro, and then asked how those authors felt about Castro.

But the other half of the participants were told that the authors were forced into a pro- or anti- Castro stance based on an arbitrary coin flip. Surprisingly, these people still believed, on average, that the opinions stated in the paper were the author’s real opinions.

This has several important implications for marketers and PR professionals:

Another quirk of the human brain is our tendency to explore information that agrees with our preconceptions and existing beliefs. In other words, we want to justify what we already believe, and we are more likely to dismiss information that challenges those beliefs.

The term “confirmation bias” was coined by Peter Wason in his landmark study, published in 1960. In the study, Wason gave participants a series of numbers: “2, 4, 6.” He then asked them to come up with ideas about what rule the sequence followed, and to devise tests to see if they were right.

The only rule the sequence actually followed was that the numbers were organized from smallest to largest. But the participants tended to come up with much more specific rules: “the numbers are even,” “they count by two's,” “the middle number is the average of the first and last number,” and so on.

More importantly, the tests they put together were designed to confirm their own suspicions. For example, if somebody believed that the rule was that the numbers were even, they would test the sequence “6, 8, 10.” This new sequence, of course, passed the test, so they would conclude that they were right, confirming their suspicions.

For marketers, this means:

This is a tendency to ignore information that challenges our ego. A good example is just how difficult it is to take criticism, even constructive criticism, and use it to your benefit.

The self-serving bias has been tested in a wide variety of settings. Laboratory experiments typically involve feeding participants randomized, bogus feedback on a task and then evaluating their response to the feedback. The results almost always indicate that people will attribute positive feedback to their own performance, and negative feedback to faults in the evaluation process.

While it might seem obvious that marketers should avoid assaulting the consumer’s self-esteem, it happens more frequently than you might expect. Here are a few noteable examples relevant to marketing:

This might sound like just another name for confirmation bias, but it’s actually a very different phenomenon. Belief bias is our tendency to reject conclusions just because they sound extreme or outrageous, even if the logic and evidence behind the argument are completely sound.

This bias has very important implications for marketers:

5) The Framing Effect (aka Loss Aversion)

The landmark study that discovered this effect was conducted by Amos Tversky and Daniel Kahneman. They asked participants to choose between two treatments for a disease.

This simple change in framing didn’t change the outcomes of the treatments, but it completely changed people’s choices. Only 22% of the people were willing to choose the treatment were 400 people would die, even though this implied that 200 would live.

Here are the implications for marketers:

The marketer who understands these quirks of the human brain, and keeps them in mind as they strategize, will have an edge over oblivious competitors. And just remember -- you’re not immune to them, either.