Should Your Brand Use Controversial Advertising? 5 Examples to Help You Decide 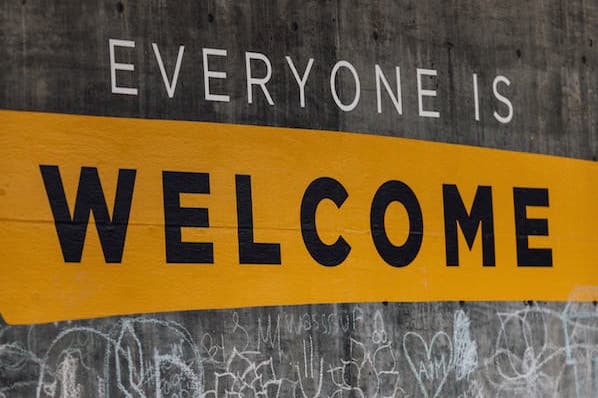 Two weeks ago, people were tweeting pictures of razors submerged at the bottom of their toilet bowls. No, this wasn’t a wacky teen challenge to make your dad late for work. It was a protest against Gillette’s latest advertisement -- one that confronts toxic masculinity.

Brands that craft controversial advertisements like Gillette’s, however, expect this type of response, at least from some people. Taking any kind of stance on sensitive social issues tends to lead to disagreement. But advocating for the causes you truly believe in usually has more pros than cons.

“Even if publicizing your beliefs may ostracize some potential customers, it also builds deep loyalty for those who share your values -- particularly values like celebrating equality and inclusion, which many people support, regardless of political affiliation,” Joe Lazauskas, the Head of Content Strategy at Contently, wrote in an article after the divisive 2016 presidential election. “The same goes for expressing concern and support for the diverse people who work for you. Loyalty isn’t just a marketing metric; it’s also critical for measuring the internal health of your company.”

Executed properly, controversial ads can be an unexpected, emotional delight that can not only deepen your connection with your core audience, but can also help you reach new audiences. For instance, after Gillette released their ad challenging toxic masculinity, Adweek discovered it actually resonated with women the most.

What Is Controversial Advertising?

Controversial advertising doesn’t aim to polarize an audience. It’s an attention-grabbing technique for stating an opinion, and brands use it to spark productive conversations about certain moral values. In recent years, any stance taken on sensitive social issues can be considered controversial advertising.

The Psychology Behind Controversial Advertising

People usually read and share opinionated content because it aligns with their own values. And by letting the world know about their beliefs, they can solidify an ideal image of themselves within their social circle and their own minds.

Opinionated content also has a knack for making people think and consider other points of view, which builds more loyal audiences because it can teach people something new and help shape their perspective on life.

But while controversial ads can generate more buzz than other types of ads, if executed poorly, they can be detrimental to your brand. For instance, consider SNL’s hilarious skit of ad executives pitching commercial ideas to the snack brand Cheetos.

Although SNL isn’t specifically giving controversial advertising a ribbing, they’re poking fun at the way brands exploit sensitive social issues to peddle their products instead of what they should be doing when covering these types of topics -- encouraging productive conversations.

Creating a controversial ad with an ulterior motive is a one way ticket to receiving Kendall Jenner & Pepsi type of feedback (we’ll cover this later). In other words, it can spark harsh backlash and bad publicity instead of meaningful dialogue.

The United States has conflicting opinions on whether to welcome immigrants with open arms or not, but Anheuser-Busch’s ad about their founder’s origin story makes people realize that something so fundamentally American, like Budweiser beer, can have immigrant roots.

Budweiser is commonly associated with themes of American patriotism, so taking a stance on immigration, which is a controversial issue in the United States, conflicted with some of the brand’s most loyal customers’ political beliefs. But taking this social stance also led to a meaningful dialogue about how immigrants have founded some of America’s most iconic brands.

By telling a gripping and emotional story about the founding of their company, Anheuser-Busch could take a stance on an important issue that’s essential to their brand and connect with the people who understand that the United States is country of immigrants, helping the ad garner more than 21.7 million views in only three days.

“Believe in something, even if it means sacrificing everything” is an accurate life motto for Colin Kaepernick, a professional American football player. In the 2016 NFL season, he stoked controversy by kneeling during the National Anthem before the start of every game as a protest against racial inequality.

Unfortunately, all the controversy associated with him has basically barred him from the NFL -- no team hasn’t signed him since his controversial 2016 season. Yet, admirably, he still advocates for the causes he supported during his protests.

Along with Kaepernick’s story, Nike’s "Dream Crazy" weaves in other narratives of athletes who followed ambitious dreams to eventual success. And Nike made it clear that they want to help Colin Kaepernick achieve his dream of a righteous world, no matter how crazy it seems right now.

"Dream Crazy", while highly controversial, resonated with millions of people. Just days after they released the ad, Nike’s sales soared by 31%, despite videos of their gear engulfed in flames circulating throughout social media.

In Heineken’s “Worlds Apart”, people were paired together and asked to build stools and a bar together. After they completed the activity and developed some rapport with each other, pre-recorded videos starting playing and revealed that their political views were actually the polar opposite of each others. They were then asked if they would discuss their differences over a beer. All of them said a resounding “yes”.

Making an ad where people with such differing political views actually engage in meaningful dialogue and don’t just belittle each other is a risky move. A lot of people have a fiery passion for their political beliefs and won’t associate with people who don’t agree with them. But that’s ultimately why Worlds Apart was met with rave reviews and called “The Antidote to Pepsi’s Kendall Jenner Ad” -- it focuses on putting our differences aside to work for a greater cause together, not Heineken’s product.

If you think long and hard about it, could a can of Pepsi really mend the complex rifts that divide the entire world right now? Nope. Not at all. Even worse, is Kendall Jenner really an integral part of any social justice movement, or was she just there because she’s a famous celebrity who can grab almost anyone’s attention? You probably know the answer to this question by now.

After receiving five times as many downvotes as upvotes on YouTube and a glut of bad publicity and negative reactions on social media, Pepsi removed the ad from their channel only a few hours after posting it.

If you want to avoid this type of response when creating controversial content, don’t emphasize your product more than the issue at hand. All advertisements are technically self-serving, but people can spot overly promotional fluff masquerading as social justice faster than they’ll click exit on a pop-up ad. So if you don’t truly feel convicted to support a specific social cause when creating controversial content, it’s best to not even put pen to paper.

It starts out as an adorable story about a boy who seems to lack self-confidence, but Nationwide’s “Boy” turns shockingly dark when it’s revealed that the main character can’t live a normal childhood because he’s actually dead.

Child accidents are a serious problem that should be addressed, but this ad was criticized for being too fear-mongering and manipulative -- it literally uses the death of children to sell insurance. So even if your ad highlights a prevalent problem, make sure it doesn’t exploit a sensitive issue just to peddle more product. Otherwise, it might get crowned as the worst ad of the year.