If Everyone is a Content Creator — Is Anyone? [Data + Expert Insights]

Quick riddle for you: What do you have in common with podcast hosts, YouTube sensations, TikTok stars, and Instagram influencers? 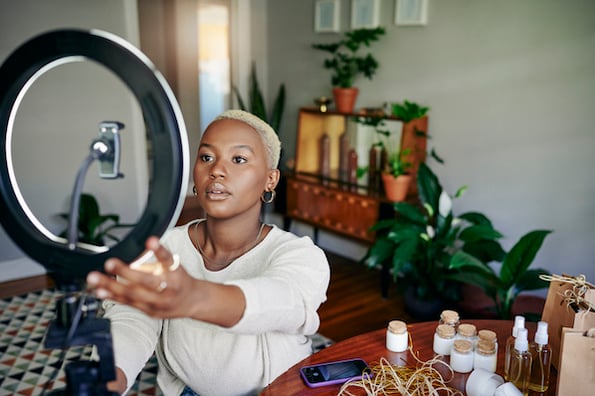 Statistically speaking, you probably also consider yourself a 'content creator', at least on some level.

Recently, our State of Consumer Trends Survey revealed that 30% of 18-24-year-olds and 40% of 25-34-year-olds call themselves content creators.

That number might seem high at first, but when you consider how deeply ingrained social media has become in our lives, it starts to make sense.

This confused me. In high school, I had roughly 100 followers. But I'd never considered myself a content creator. I guess, as it turns out, maybe I should have.

Li Jin is an investor and co-founder of Variant Fund, a venture firm investing in the ownership economy. Jin, who's been called 'The Investor Guru for Online Creators', believes everyone is a content creator.

As Jin told The Information, "No matter which industry you're in, people are all going to be creators … This embrace of virtual brand-building is already starting to happen but will accelerate in coming years, as doctors, CEOs and other established professions, including venture capitalists, realize the importance of cultivating online profiles."

Jin adds, "Everyone will have to build influence online, because we're living more of our lives online … All of us will have to adopt some of the skill sets and behaviors of creators in order to be successful."

If a content creator is defined as someone who "produces entertaining or educational material that caters to the interests and challenges of a target audience", then it makes sense to label anyone with a social profile as a content creator. It doesn't matter whether it's just me posting a funny Instagram video to share with my 300 followers, or a major TikTok influencer doing the same thing for her 3 million fans. 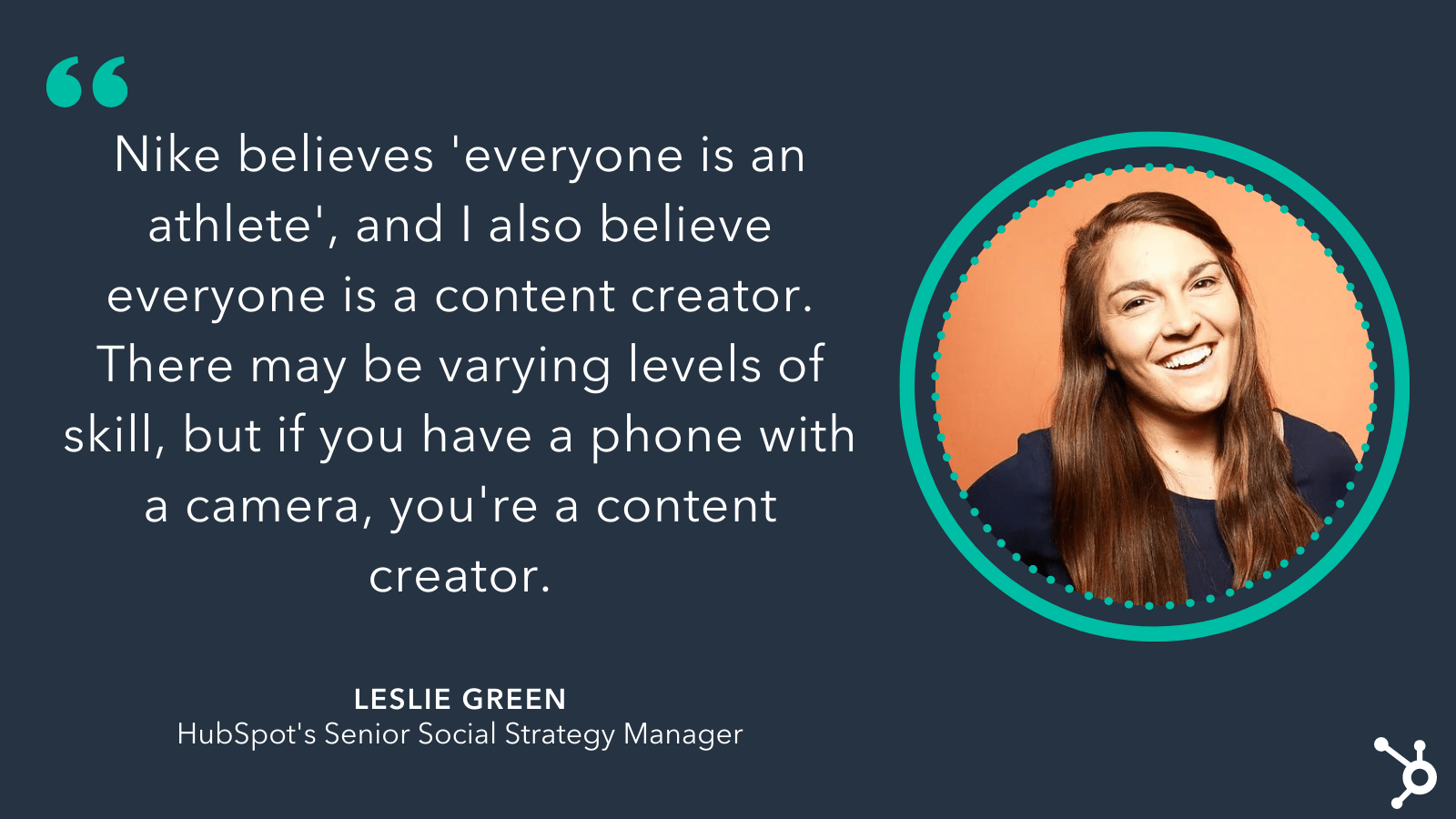 A few years ago, being a content creator — or influencer — required a certain follower count to earn the title, and it was a relatively exclusive club, reserved for brands, mega-influencers, or celebrities.

Now, anyone with a smartphone has the opportunity to become one. There's something incredibly freeing about this: As we broaden the scope of what we mean when we say 'content creator', we're inevitably opening the doors for more diverse voices. Which means consumers worldwide can find content creators who mirror their unique, distinct experiences.

In other words: Content doesn't need to reflect one singular version of reality anymore. Now, it can encompass all of them.

Nicole Phillip, The Hustle's Senior Social Media Manager, told me she sees major benefits to the fact that there are no guardrails when it comes to labelling yourself as a content creator.

As Phillip puts it, "Content creator is definitely an overused descriptor … But that speaks to how accessible the arena is, which in some ways is great for people who otherwise would've hit glass ceilings or invisible walls trying to get their work out there through conventional means."

To become a content creator, you only need a smartphone.

Admittedly, there are levels of skill, expertise, and influence within the creator economy, just like there are levels to any profession. But what's surprising is that, unlike other professions, there's no entry-level requirement to becoming a content creator.

You don't need to possess certain skills or live in a specific region or be an expert in a particular field — you just need to own a phone or a computer.

Which is perhaps what makes it so enthralling for so many. Consider, for instance, how the hashtag #contentcreator reveals more than 9 million results on Instagram: 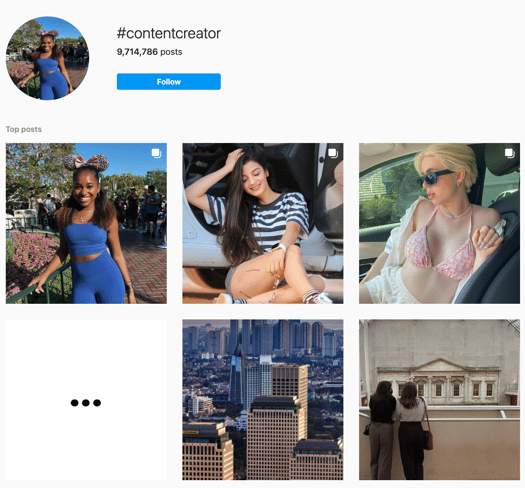 What's equally interesting is the growth of the creator economy over the past few years — which Bloomberg reports is now worth more than $20 billion.

The creator economy, a term that refers to the marketplace of content creators as it relates to businesses, skyrocketed during the pandemic.

The pandemic also greatly impacted the requirements of becoming a content creator. As people were stuck at home with nothing but their phones, they had to make due. And, as it turned out, audiences didn't care about super-polished content, anyway.

Instead, audiences appreciated and sought out the more authentic posts that spoke to the true state of the world.

As Phillip acknowledges, "Being a content creator used to mean you had a super large following and created original content that would consistently go viral to large audiences. Then, we started having micro and nano-influencers, which lowered the barrier to entry, so there's no particular follower count necessary, either."

She adds, "In terms of content types or quality, there's an audience for every niche and ability, so someone who only has an iPhone 8 just recording their thoughts during their morning commute can compete in the same space as a celebrity makeup artist operating with a DSLR and an entire team."

It's undoubtedly thrilling to consider the possibilities of creative individuals with less resources competing in spaces with high-profile, mega-rich celebrities.

But that leads me to my next point: What's the end game with all of this, anyway?

Becoming a content creator on social media is no longer a means to an end.

A few years ago, becoming an influencer was oftentimes a stepping stone to fame.

A few names come to mind: Consider King Bach, who became famous on Vine and has since starred in multiple TV shows, including The Mindy Project and Punk'D; or Addison Rae, a TikTok dancer who was recently featured in Netflix's movie He's All That.

And yet, nowadays, becoming an influencer is in-and-of itself the goal.

One TikTok creator, Brady Lockerby, decided to become a full-time TikToker after recognizing the financial incentives outweighed her previous employment.

As she notes, she made roughly $50,000 in her corporate 9-to-5 job. By comparison, she now makes upwards of her yearly corporate salary in one month.

Lockerby told me, "The first time I posted on TikTok, I never expected it to turn into what it is today for me. It's something that truly just fell into my lap. Once my TikTok career started to take off and I realized, 'Wow, this could actually be my job,' I made the plunge and quit my job. Freedom was probably the driving force."

She adds, "It seems that nowadays most people are just in it for the money and receiving free items — but I believe that building authentic relationships is key. Whether that's with your followers or a brand, if you don't have that trust, no one will believe your content. You make the choice to put your life online, and it makes my heart warm to know that people genuinely care about not only what products I'm promoting that month, but about me and my life."

It's important to note: The money you make as a content creator is well-deserved. As easy as it is to earn the label of 'content creator', it's not easy to make a living off of it.

In fact, Philip predicts that in the future, many will actually consider quitting as the market becomes increasingly saturated.

She told me, "People can get content from every corner of the internet, and to maintain an audience through such competition can be stressful and exhausting. I've seen this first-hand just working on branded social. There are no off days and you constantly have to feed the beast." 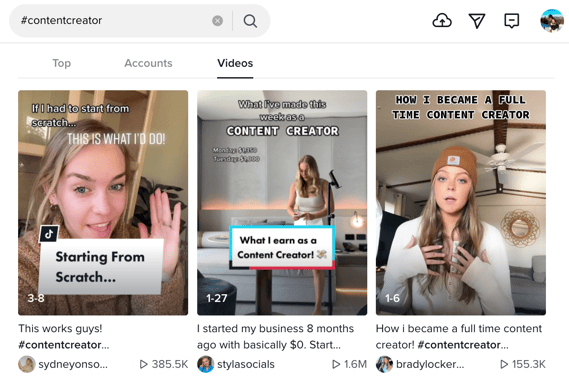 It's true: Content creation is a 24/7 gig. And if you don't consistently post engaging content, you could lose your audience's attention as they move onto the new creator of the moment.

But that shouldn't deter you from embracing your role as content creator if that's what you want.

As Green advises, "In 2022, content creators have more power than ever. Platforms like TikTok and Instagram are competing for content and are actively helping to produce income for their most valuable asset — content creators. If you're looking to break into content creation, don't be discouraged. Brands and platforms are looking for your personality and expertise."

Green continues, "My best advice: pick a niche, stick to one platform, and focus on volume. Social media may feel like a crowded space, but there's room for everyone. Be patient, test a variety of formats, and stick to a cadence you can be consistent with month over month." 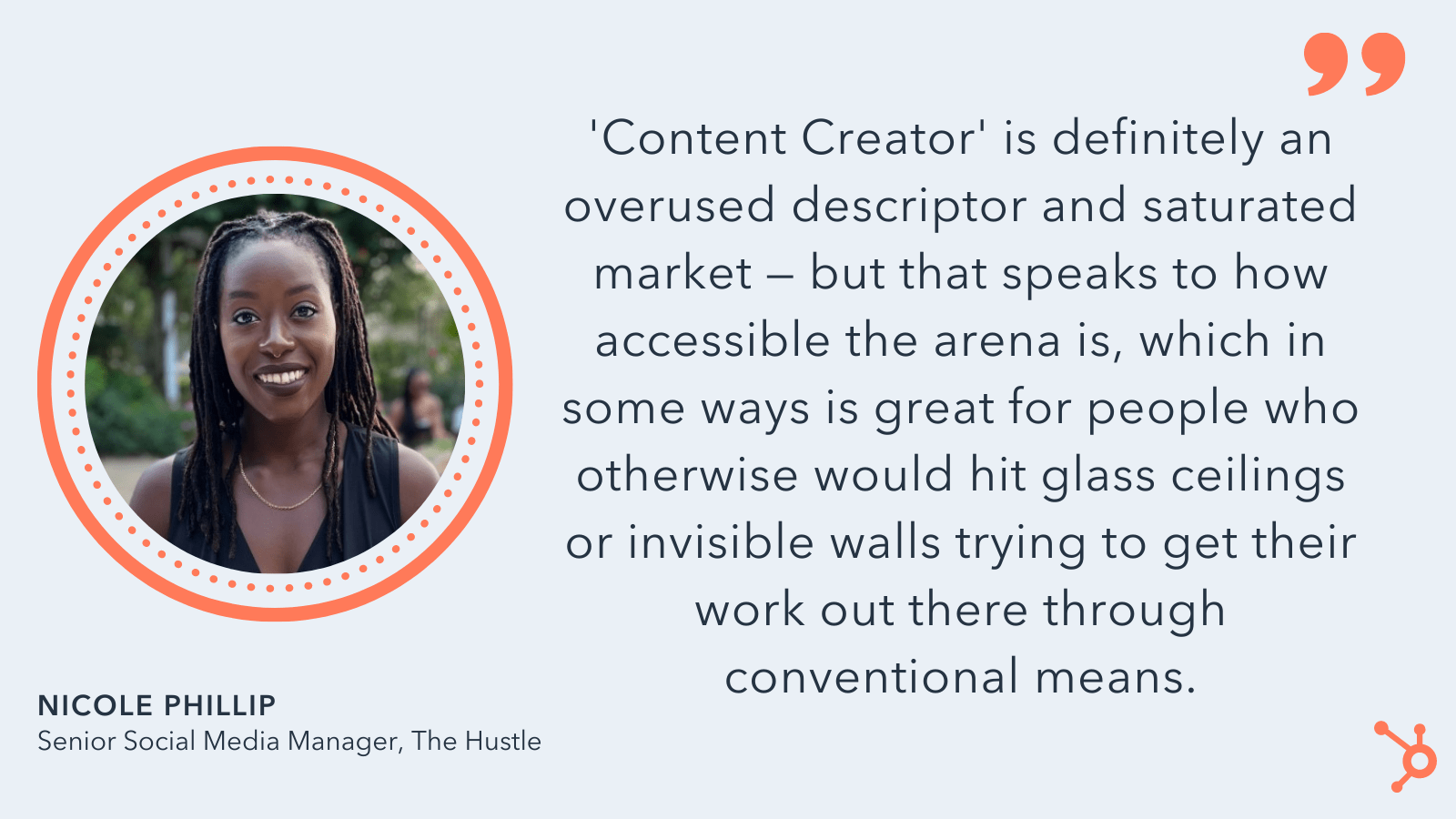 Ultimately, just as art means something different to every individual, so too does content. Which means the narrow scope we'd previously defined as 'content creator' was too limiting. There's value in leveling the playing field, and allowing anyone with a camera and a voice to be heard.

After all, every content creator has the unique ability to connect deeply to their audience — and whether that's an audience of one or one million, there's power in that.