New Details Have Emerged on the Facebook Data Attack. Here's What You Need to Know. 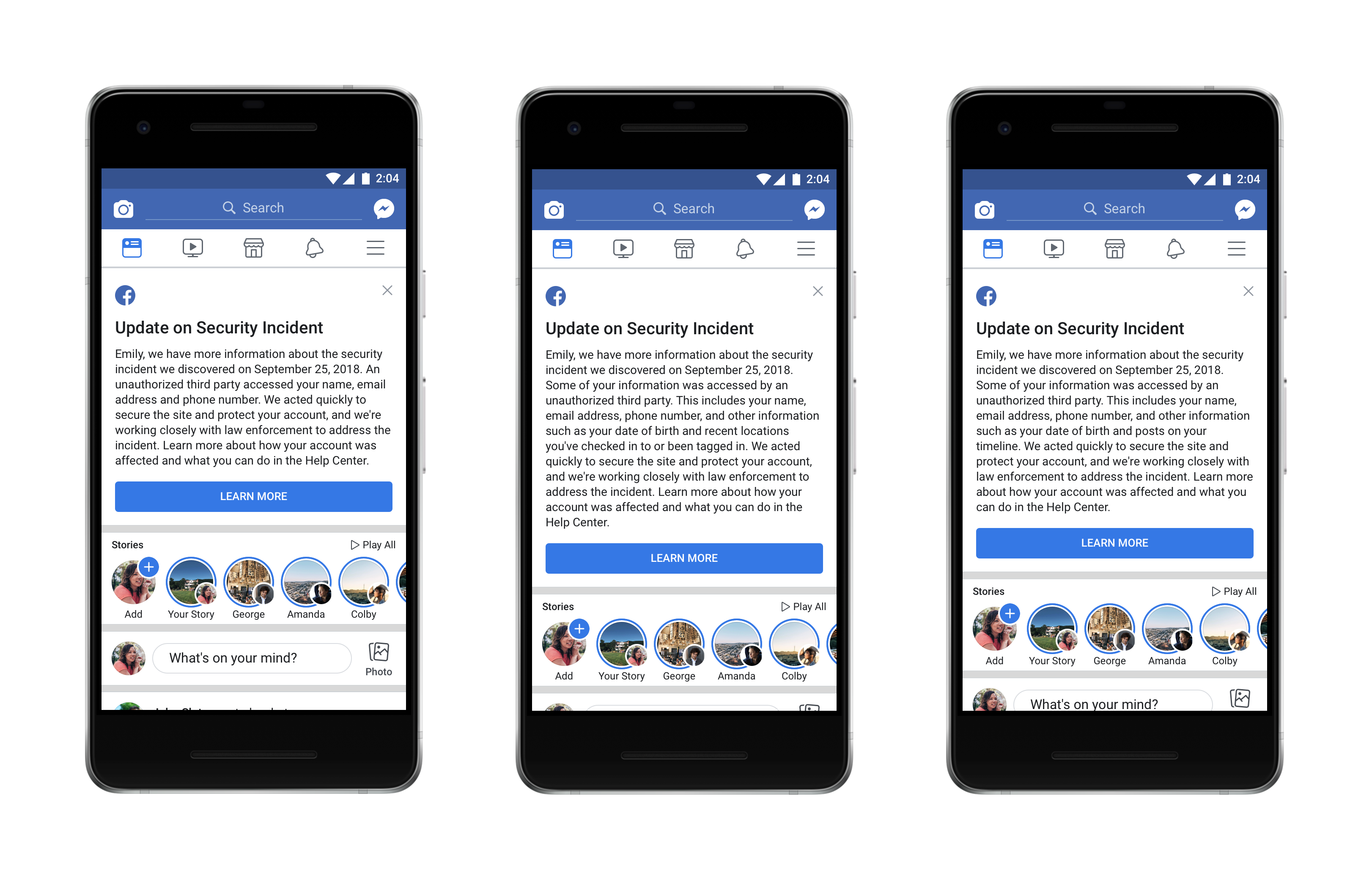 It was originally estimated that 50 million users were impacted. That number has now been lowered to 30 million.

Here's the latest on the issue from Facebook, and how marketers should be prepared for what comes next.

The Latest Information From Facebook on the Data Attack

There were two key items in the update from Facebook today:

Of the 30 million users affected by the incident, 15 million of them had two sets of information compromised: their names and their contact details. Information within the latter includes user phone numbers, email addresses, or both, depending on what each user disclosed on their profiles.

For another 14 million users, hackers gained those same two sets of information, as well as a plethora of personal details. These include:

Users can see whether or not they were affected by the security issue here.

New York Times tech reporter Mike Isaac was one of the millions impacted back the attack, and shared the details of what affected users might see on Twitter.

now the negative: if you've been affected by this attack, this is the wealth of personal information they've accessed.

Users who were likely not impacted might see this message on the aforementioned link:

Facebook said today that the FBI is investigating the attack -- the latter has reportedly requested that the company not publicly discuss who might be behind it.

What Marketers and Businesses Should Know

Perhaps most troubling about the information revealed today is the nature of information scraped by hackers -- particularly user search and location history.

But if all your identifying personal information is stolen? You can't change that. It could haunt you for the rest of your life.

This is far from the first time Facebook has dealt with high-profile security issues. Over the past two years, the site has been repeatedly weaponized by foreign actors in coordinated misinformation campaigns. The personal data of 87 million of its users was improperly harvested by an app developer.

Could this latest data attack be the last straw for users?

While 60% of the users we surveyed when news of it first broke said that the breach has not caused them to stop using Facebook, or delete their accounts -- these latest details might change their minds.

Feeling good about my decision to delete facebook this week. My email and phone number were hacked pic.twitter.com/08S65RUNIk

That number could remain steady, and we plan to measure it as news of these details continues to reach the public. But in the meantime, marketers might want to re-examine what their plans and strategies could look like with a drop in their Facebook audiences.

According to earlier reports, Facebook Business Page engagement has dropped by an average of 50% over the past year. Combined with these latest events, some businesses might reevaluate how they use the site.

This is a developing story that we will update as more details emerge.