How to Give Negative Feedback Without Sounding Like a Jerk 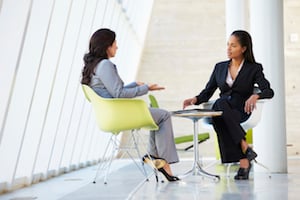 Whether you just took on your first managerial role or are a long-time exec, dishing out criticism to a colleague is never easy. It’s a lot like going to the dentist -- painful and you can’t wait until it’s over.

The funny thing is, as much as we all dread giving or getting negative feedback, it actually can have a positive effect. Employees that receive negative feedback from their managers are 20X more likely to be engaged at work than their co-workers who aren’t getting any flak. Looks like tough love works after all.

Jeanne Hopkins, SVP and CMO of Continuum, has seen this firsthand: “Most team members want to learn and grow, and the only way that can happen is with slight course corrections every now and again. Always providing rainbows and unicorns with your team is not an effective strategy over the long term.”

At the end of the day, if we can’t figure out how to give constructive feedback, our companies will never grow. Instead of hiding from awkward feedback conversations, turn them into productive dialogues with the following tips.

For further advice on giving critical feedback to teammates, listen to this episode of HubSpot's podcast.

In his post on becoming a CEO, Ben Horowitz discusses the old feedback trick that is the shit sandwich. “The basic idea is that people open up to feedback far more if you start by complimenting them (slice of bread #1), then you give them the difficult message (the shit), then wrap up by reminding them how much you value their strengths (slice of bread #2).”

While some employees think this approach can be effective and help soften the blow, I agree with Horowitz that most of the time, people see right through it. "Early in my career," Horowitz says, "I attempted to deliver a carefully crafted shit sandwich to a senior employee and she looked at me like I was a little kid and said: 'Spare me the compliment, Ben, and just tell me what I did wrong.'" Avoid curbing your feedback with fluff; sugarcoating might make you feel better about being the ‘bad guy,’ but it isn’t doing your colleagues any favors.

Because lots of people feel uncomfortable giving negative feedback to their colleagues, they put it off until it absolutely has to happen -- like during a quarterly review. But when it comes to giving your colleagues feedback, don’t wait for the perfect moment. Instead, live in the moment.

Patty McCord, former Chief Talent Officer at Netflix, says, “The best feedback is in the moment (or close to it) rather than waiting months for a formal meeting to tell a colleague you didn’t like the way X, Y, or Z went. At that point, you can barely remember what it was that happened to have a productive conversation about it.” Try to address feedback head-on by keeping it timely and relevant. If that means touching base right after a meeting or syncing up two days later, so be it -- just make sure your feedback isn’t dictated by your company’s review cycle.

When I asked my colleagues at HubSpot about their favorite tip on feedback, a lot of them echoed the same tip: When giving negative feedback, don’t make it personal. Ellie Mirman, Manager of our Funnel Marketing team, says, “Make sure the feedback is about the behavior and the consequences -- not about the person.”

Say you told a colleague that their humor is inappropriate and people around the office don’t like it. They would probably feel pretty self-conscious, embarrassed, and distracted at work. Instead, you could reference that risqué joke they made at lunch yesterday and how it made some of your more conservative colleagues uncomfortable. To make feedback productive, don’t point fingers; focus on the outcome.

Take the Negative Out of Negative Feedback

Just because you’re giving negative feedback doesn’t mean it has to be a doomed conversation from the start. Instead, go into these conversations with an optimistic but honest frame of mind. “There’s a difference between giving negative feedback and criticizing. It’s a lot easier to manage these types of conversations if you look at them as coaching moments. Unfortunately, once you have a mindset of negativism, it puts the person delivering the message into an offensive position, and the recipient into a defensive posture -- not exactly a win/win,” says Hopkins.

You might not realize it, but there could be small aspects to your approach that could make the conversation feel more negative. Hopkins says, "For example, don’t use the word 'But.' You did a great job but ... it automatically sets up the feedback's recipient on the defensive. Remember that the end goal of negative feedback should be positive future results."

“It's important to mold the conversation to the other person's style when giving negative feedback. For example, if you're someone who takes criticism really well and you prefer when people just tell you outright, then you might tend to give others constructive criticism bluntly when they might be much more sensitive than you are,” says Lindsay Kolowich, a staff writer at HubSpot. “You're much better off gauging their work/feedback style and then figuring out how you're going to deliver it.”

The bottom line is: Feedback isn’t one-size-fits-all. Working closely with your colleagues day-in and day-out should give you some insight into how they handle certain situations. Some companies take the guesswork out of it by having employees take a personality assessment and share their results with teammates.

Good managers give employees honest and constructive feedback. Great managers ask for it in return. A study conducted by Forbes found that employees are significantly more engaged (74% vs. 34%) when their managers ask for feedback on their performance. This shouldn’t be a huge surprise. No matter how you slice it, telling an employee how they can improve automatically puts a wall up between the two of you, but when you ask for feedback in return, you level the playing field.

Maybe your team uses an anonymous feedback tool, or you have weekly one-on-ones with your reports, or maybe you just let them know that they can grab you at any time they want to talk. Whatever you choose, be sure create opportunities to make feedback an exchange, not a lecture.

Sharing positive feedback with coworkers will always be easier than telling them what they can do better. But as long as we want to grow and ultimately improve our team’s performance, we have to rip off the band-aid and provide negative feedback from time to time.

So now it’s your turn to tell us: How do you go about giving employees feedback?