Setting Goals: Should You Even Bother? 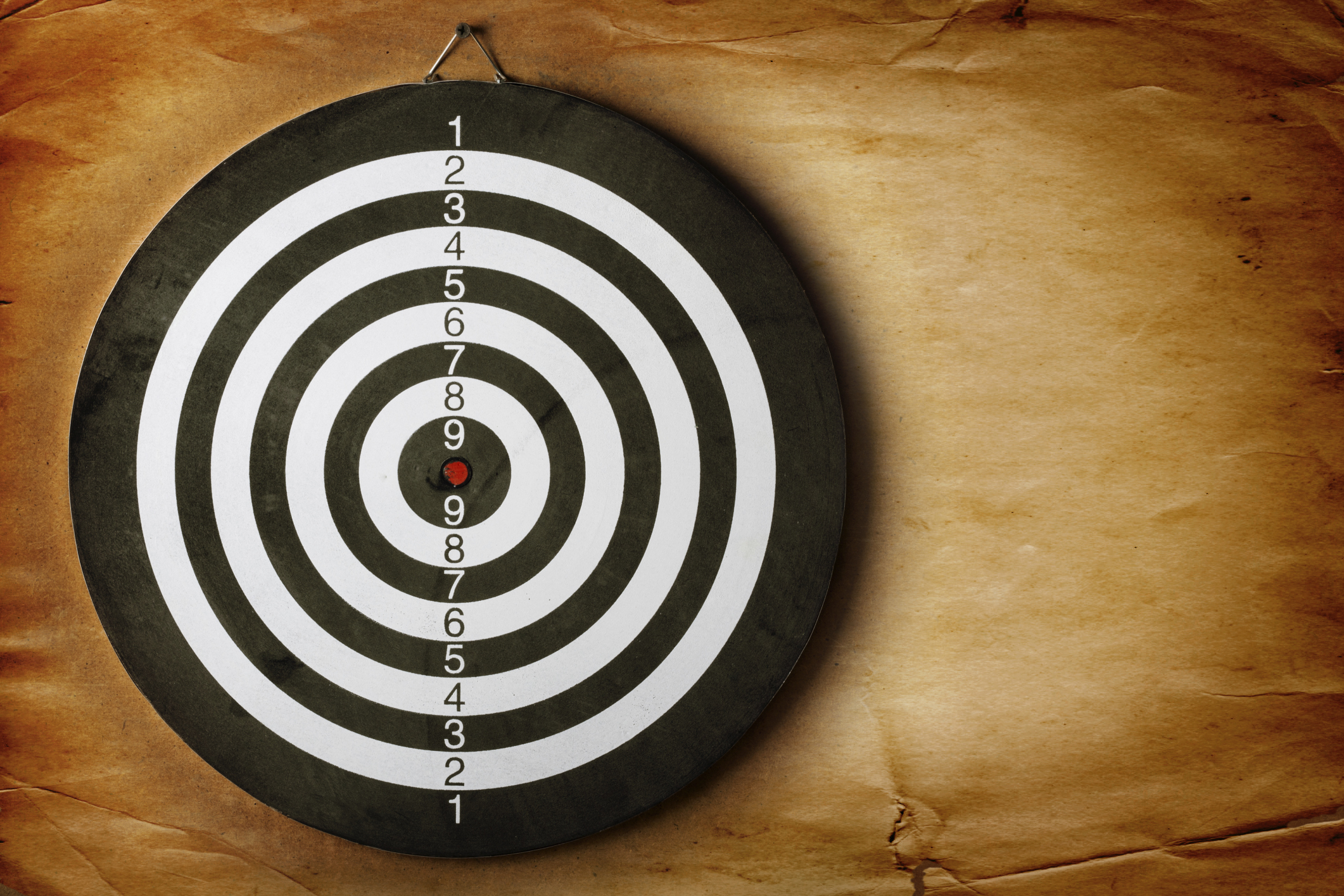 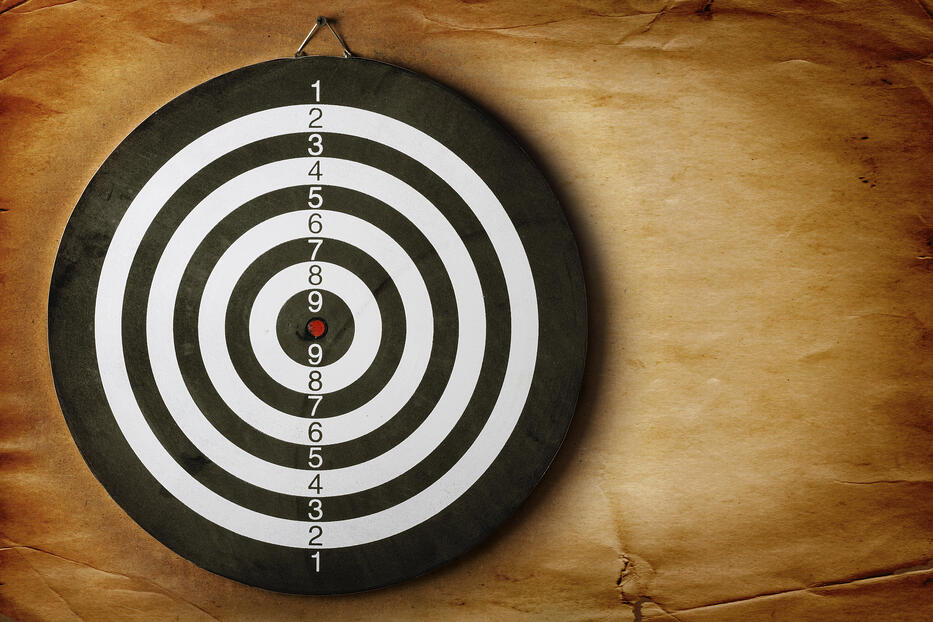 I'm a big planner. I like to think of all the things I want to do -- this month, this year, eventually -- and figure out how to make them happen.

For a while, most of those things didn't actually happen, though. (I guess you could say I was more of a dreamer than a planner.) But as I learned more about effective goal setting, more and more of those plans came to fruition. I was able to take dreams, ground them in reality, and set a plan in motion to reach my stated goal.

You may say, "that's because your finances goal wasn't specific!" You're right -- it wasn't. But that's not the only reason I hit the former and not the latter.

I did some research into effective goal setting, and it's a lot more nuanced than just setting specific, measurable goals. In fact, I stumbled upon many unintended consequences of goal setting -- particularly in a professional context, though the principles can be carried over to personal scenarios, as well.

This isn't to say I'm initiating a call for the end of goal setting in the workplace. On the contrary, proper goal setting has done me quite a lot of good and contributed to significant personal and professional development. But perhaps a call to "handle with care" is, indeed, in order.

The Basics of Good Goal Setting

Before diving into the nuances, let's start with what some research from psychologist Richard Wiseman about how to set goals. He recommends that you should:

1) Make a step-by-step plan. Breaking up a big goal into smaller, manageable chunks makes your plan more achievable. It also gives you little bursts of confidence as you knock things off the list, propelling you forward and closer toward achieving your goal.

2) Think about good things that will happen if you achieve your goal. Fair enough. Positive thinking is probably helpful, even if it does feel a bit touchy feely. He does warn not to generate elaborate, unrealistic fantasies here -- if your goal is to lose 10 pounds, refrain from taking the mental leap to quitting your job to become a supermodel.

3) Reward yourself when you make progress. Again -- use reason. If you lost your first pound, your reward should not be a pepperoni pizza.

4) Record your progress. Writing things down helps make your goal real, which leads to accountability.

(I personally prefer not to tell people about my goals right away, because I find myself less likely to actually initiate the process of achieving my goals. There's some evidence to back that up; some people get a feeling of satisfaction from the social acknowledgement of telling others about their goals, which mimics the feeling of actually achieving the goal -- to the point they feel they don't need to even do it.)

Wiseman also warns against some poor goal setting techniques. Among other things, he recommends not doing things like seeking motivation by comparing yourself to others that have achieved similar goals; thinking about negative consequences of not achieving the goal; or using willpower to meet your goal.

But is this list enough to set good goals and achieve them?

That's nothing against Wiseman. Research from University of Scranton indicates only about 8% of people reach their New Year's goals. Wiseman himself found only 10% of people in a study he conducted reached their stated goals -- though those that did certainly skewed toward following his methodology. So what's going wrong?

Well, one problem could be that the goals themselves aren't good goals. Ideally, goals should also help propel you forward -- make you better and better even when you're not in pursuit of that specific goal. I think of these as "performance-enhancing goals" or, as Sebastien Bailey described it in his Forbes article, "performance-boosting goals." In other words, the goals you set will make you an all-around better person or, in a corporate setting, a better performer.

In addition to specificity, Bailey recommends that worthy goals are ones that are also difficult and group-centric.

"The research supports Locke's original goal-setting theory," Bailey writes. "Difficult goals lead to higher performance than easy ones ... The ideal is a stretch, not a strain -- difficult but not dauntingly impossible." Bailey also found that researchers have investigated the performance of individuals with group-centric goals versus ego-centric goals, and that only the group-centric goals contributed to improved performance.

Okay, so if you do all that -- set specific, difficult, group-centric goals that follow Wiseman's framework -- presumably a lot of people would start meeting their goals. But (like me) you've probably heard at least some of this stuff before. And (like me) you've also probably not hit a lot of goals. It's hard for me to believe that so many people's struggles to hit goals can boil down to not following these frameworks to a T. Are there other forces at work?

If you're following all these recommendations and still missing goals, there are some concrete ways to turn things around.

For example, big goals take a long time to achieve -- which means the path is fraught with missteps. A lack of feedback could cause people to get diverted somewhere along that path, resulting in disappointment and demotivation such that the goal is never met (or meeting it is significantly delayed).

There's research to back this up. Bailey cites a study in his Forbes article from Chhokar and Wallin in which biweekly feedback on study participants' progress toward their goals improved their performance -- which then dropped once the feedback ceased.

Along the same lines, it's possible your goals are being sabotaged by someone else. If your goal is indeed group-centric, it's likely your goal will require a certain dose of teamwork. But as anyone who's ever worked on a team knows, teamwork can just as often be a poison to progress as it is a support system. Cites Bailey:

"Experiments have found that when people work alone, they perform better than when they think they’re working as part of a group. When in teams, people think they can get away with not pulling their weight, because their team mates’ productivity will compensate for it. High-performing team members then see their peers getting away with laziness and reduce their own input accordingly."

In other words, your goals could be hindered because no one is putting the kibosh on the underperformers. In a professional setting, this may come down to forces outside an individual's control -- like management. For personal goals, you could be that underperformer. Which gets us to the other issues at play when considering why people fail to meet their goals -- the psychological underpinnings of goal setting.

I started looking into this because of a podcast I listen to regularly, Stuff You Should Know. They recorded a great episode on how to set goals -- they tipped me off on Wiseman, in fact -- but my impression coming away from the episode was that the hosts were kind of down on goal setting. The sentiment was that as a nation, Americans were just too goal-obsessed, and it's at the expense of simply being satisfied with where they are.

As an avid goal-setter myself, the sentiment resonated. Am I setting these goals at the expense of my happiness? Is it better to be on a constant path of self-improvement, or to be satisfied with where you are?

I certainly can't answer that in this post -- or, probably, at all -- but I did find other people talking about the unintended negative consequences of goal setting. Behavioral science expert James Clear elucidated the predicament nicely in an article on Entrepreneur:

Clear recommends a way of dealing with that -- focusing on the subgoals like we talked about earlier, so you boost your confidence with small microsuccesses. But even with that solution, the underlying implication that you're not good enough remains. Some might suggest a less goal-obsessed approach might end up incentivizing the right behavior, anyway, because people are happier and more confident. In a way, this is what Clear suggests later in his article.

"We place unnecessary stress on ourselves to lose weight or to succeed in business or to write a best-selling novel. Instead, you can keep things simple and reduce stress by focusing on the daily process and sticking to your schedule, rather than worrying about the big, life-changing goals. When you focus on the practice instead of the performance, you can enjoy the present moment and improve at the same time."

If the idea of eroding your confidence or that of your employees doesn't do much for you, there could be other unintended negative consequences with improper goal setting. One Harvard Business School study identified additional side effects associated with goal setting, which they listed as:

Additionally, companies that adopt the Jack Welch methodology of setting "stretch goals" for employees -- goals that are virtually unattainable by design in order to shake employees out of their ruts, and achieve more than they would have with a more realistic goal -- could be doing their companies more harm than good in the long term.

Aubrey Daniels, a pioneer in performance management and clinical psychologist, presents studies that show when employees fail to reach their stretch goals, there's a performance decline afterward because of the disappointment they feel upon not reaching goals they worked so hard to achieve.

Some of this has to do with the way goals are measured. By design, they must be objective -- you either hit that goal, or you didn't. In other words, there is no A for effort, no matter how close you came or how hard you worked. It's logical to expect a subsequent decline in performance due to the demoralization that may set in after facing that realization.

This is all to say that if you think 'tis better to set a goal and miss than never to set a goal at all -- you may want to examine your goals more closely before nailing your proclamation to the office doors.

To goal or not to goal?

So. Setting goals. Should you even bother?

As with many aspects of performance management and organizational behavior, there's no one-size-fits-all approach one can adopt. With goal-setting in particular, there are too many moving parts to consider: how employees are motivated, team dynamic, management's capabilities and involvement, and, of course, the goal itself and your plan for achieving it.

This isn't to say we should eradicate goals in the workplace. Despite the brief existential crisis a few paragraph up, I still believe in the merits of setting goals. I also think that doing it correctly can be quite the bother -- but a bother nonetheless worth doing. The podcast I referenced quoted a professor at Northwestern's Kellogg School of Management, Adam Galinsky, that summed up my hesitations nicely:

"Goal setting has been treated like an over-the-counter medication, when it should really be treated with more care, as a prescription strength medicine."

5 Dos and Don'ts When Making a SMART Goal [Examples]

Goals vs Objectives: The Simple Breakdown