Good Marketing Doesn't Feel Like Marketing: 5 Brands That Get It 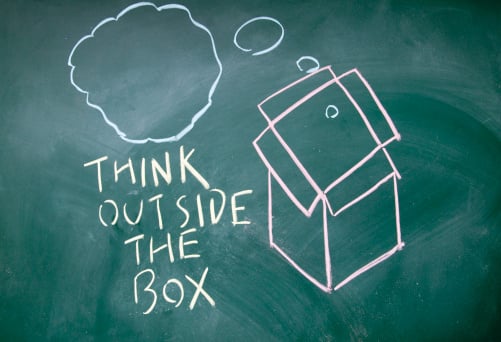 I'm going to own up to something: When AT&T's It's Not Complicated commercials come on, I stop fast-forwarding. In fact, if it's a new one and I've missed the first few seconds, I'll press stop on my DVR, rewind it, and watch the commercial from the start. Now that's good marketing if a company's ad can get me to do that.

The genius behind the commercials, which were created by BBDO and star comedian Beck Bennett, is that they earn my attention every single time. I watch Bennett and his gaggle of non-actor kids, even though I know it's a commercial. They are a testament to the notion that people don't want to be sold to -- they want to be entertained, informed, empowered, or engaged. Achieving that is a tough endeavor, but that's what makes this field so interesting.

The success of these commercials (AT&T has reordered them again and again) got me thinking about marketing that steps even further outside of the traditional marketing box. Here are five campaigns that reach out to audiences in unique and interesting ways.

In late October, something remarkable spread through the halls here at HubSpot. It started with a gasp and a quick post to our team chat room then expanded rapidly: Uber, a car request service, was celebrating National Cat Day (yes, that's a thing) by delivering kittens to offices across Seattle, New York, and San Francisco.

After a moment of sadness that our Cambridge, Mass. and Dublin offices would not get to play with said kittens, we started to marvel at the marketing genius behind it. Much like Uber's past ice cream delivery service and rose delivery for Valentine’s Day, this one-day, timely repurposing of the Uber cars exposed the company to a much wider audience.

Delivery of the fuzzy kittens cost $20 for 15 minutes of playtime, and all proceeds went to the ASPCA, San Francisco SPCA, and Seattle Humane Society. In addition, drivers had adoption papers ready for any offices or individuals who decide to take one of the visitors home for good. This was a great marketing partnership between the animal rescue organizations, popular meme site Cheezburger, and others.

Now, we know the internet's love for kittens runs deep. So this was certain to be a winner for Uber. It was so successful, however, that Uber's kitten supply ran out almost immediately. While the supply ran low, the media and prospective customer buzz did not. The campaign resulted in:

Periodically, Lowe's will run Build and Grow Clinics in its stores that teach kids how to build things like birdhouses and conduct other simple projects. Now, anyone with kids stuck inside on a rainy day will tell you: This is not marketing -- it's a public service.

The workshops pull families into the stores, give kids something educational to do, and win the happiness of the company's main target market: Homeowners. It's masterful because it satisfies customers and the next generation of do-it-yourselfers. It also reminds customers of the reason they start home improvement projects to begin with: The love of building something with your own hands.

Lowe's is not the only hardware store to do this, though. Home Depot also has a popular series of workshops, and both companies programs accompany their in-store events with a web presence full of DIY ideas for kids.

These workshops have garnered coverage from parenting blogs and local news outlets alike, and according to Compete data, the Lowe's Build and Grow microsite receives as many as 130,000 visits a month in the summertime -- traffic that undoubtedly spills over into its main site and stores.

When it comes to publicly showing support for small businesses, no company comes to mind quicker than American Express. How the credit card issuer got to this point is one of the early inbound marketing stories.

In 2007, American Express launched OPEN Forum, a content hub, not unlike our own, focused on small businesses. In the company's own words, "OPEN Forum is an advice-sharing platform where entrepreneurs can exchange advice to make smart decisions and succeed."

The insight American Express had in 2007 was this: 60% of small businesses fail within their first four years. So, if the company could connect even a portion of these businesses to a larger support network so that more of them could succeed, a greater number of healthy businesses needing financial services would grow.

A few years after OPEN Forum launched, American Express expanded its support of small businesses to become one of the founding partners of the newly launched Small Business Saturday -- a national campaign that aims to helping small businesses generate holiday season business in the space between Black Friday (typically dominated by major retailers) and Cyber Monday.

In evolutionary biology, there is a theory called reciprocal altruism which describes a scenario in which an organism acts in a manner that benefits a different organism with the expectation that eventually have positive consequences on it own development. The American Express Small Business campaign is an ideal example of reciprocal altruism at work in the business world.

In 2012, Small Business Saturday, which had a subtle but consistent tie to American Express, generated countless articles, 3.2 million Facebook likes, and 213,000 tweets. Elected officials in all 50 states and Washington, D.C. championed Small Business Saturday publicly. Perhaps most importantly to American Express' core business, it added $5.5 billion to the small business economy in a single weekend.

As I certainly know, having worked for the organization before and volunteering for it still today, United Way works hard to identify and uproot the most entrenched challenges facing communities nationwide today. The way the nonprofit does so is pretty unique. The organization calls it the investor model.

Essentially, the investor model ties donor dollars directly to outcomes rather than investing more generally. For example, when the Boston-area United Way was looking to get 10,000 homeless families in the region into permanent housing, United Way sought out and funded organizations that could commit to a portion of that goal and tied their funding to the achievement of it.

United Way's approach also involves aligning various parts of the community, including local businesses, government offices, and nonprofits, around the set goal. It's a really interesting approach and one of the more effective ways I've seen of driving large-scale change. There is, however, one big challenge with the model: It can be tough to explain.

In 2012, United Way of Massachusetts Bay and Merrimack Valley put itself to the challenge of doing just that. The organization teamed up with Fablevision and children's book author Peter Reynolds to create a children's story about community change. Together, they hosted the video at GrowOurTree.org and held screenings throughout the city.

The video became a way not only for parents to explain philanthropy and volunteerism to their children, but also to communicate the organization's approach regarding how to create changes in the community. It was used successfully to engage groups of leadership donors (gifts of $1,000 or more) and recently featured as part of Boston's Book Festival.

"In a time when people are inundated with messages, it can be difficult for nonprofits to generate understanding and awareness of their mission, which is often complex," explains Erin Sunderland, director of communications at United Way of Massachusetts Bay & Merrimack Valley. "At United Way, we wanted to break out and do something different to change the perception of United Way, reach new audiences, and help them understand how sustainable change and community building really works."

I've become a bit of a GE marketing fangirl lately. I've talked about their product videos, and positioning in past posts. I keep pointing to them because they are an example of a B2B company that understands that just because you sell to businesses doesn't mean you aren't marketing to people.

Not once in any of these platforms does GE try to sell to you. The company knows that a purchase decision for one of its engines or spectral CT machines is not a decision one makes after a 30-second commercial or an 8-second webpage visit.

So, rather than push a particular product, the goal of GE's marketing is simply to stoke the awe and fascination prospective buyers have with these machines and the science behind them. The same (non)marketing helps to present GE as a brand that you can trust with these decisions because it's clearly dedicated to its work and the products it makes. With purchase decisions this big, that level of trust and personal connection is stronger than any individual price or pitch.

The best jobs in the world don't feel like work, and the best marketing in the world ... well ... it follows suit. Each time we launch a campaign, we have the opportunity to build something that surprises people, captures their attention, and truly engages them. That's a fascinating challenge to take on, and it certainly beats yelling "SALE! SALE! SALE!" at the top of our lungs.

When preparing this post, I took to Twitter and our internal chat boards to get some input from others about what marketing they've seen that doesn't feel like marketing. They came back with loads of great additions -- from Everlane's new factory pages, to Kinvey's startup map, to Virgin American's flight safety video (all worth a look). Now, it's your turn: When was the last time you saw marketing that didn't feel like marketing?