How to Become a More Adaptable Leader 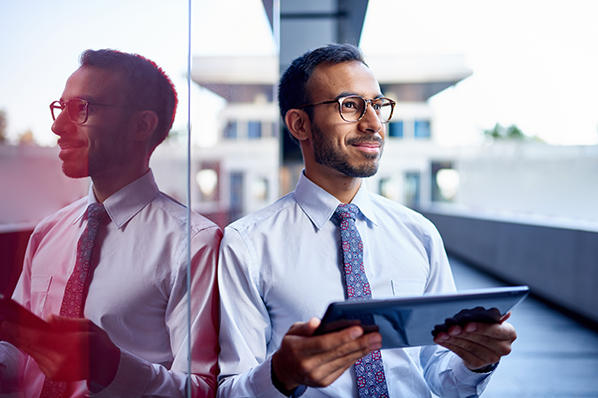 When I was asked to write on this topic, adaptable leadership, I started shaking my head. I am not a huge fan of putting an adjective in front of leadership and making it a new thing. Let’s just call it leadership and then talk about how to be better at it, one day at a time.

If you are a leader and you don’t have the capacity to shift, change, or pivot from a plan or a position, frankly, I don’t know how long you’ll last in your role.

So, if you are an aspiring leader, this article is for you.

If you see yourself as a student of leadership, this article is for you.

If you don’t think you need to be adaptable in how you lead, you must read this.

At the heart of leadership is an inherent need to react to changes in your environment.

As we think about adaptability in leadership, we need to first understand its importance -- why do we need to adapt?

Then, we need to look at some techniques that allow us to transform ourselves into leaders who can actually adapt.

Think about the situations you face everyday. Did everything go according to plan?

If you’re like me, the answer is: Of course not.

Business and the world in general is an incredibly complex system with so many different factors that affect on another. If we think it is possible to succinctly plan our day or lead our teams in the exact same way, I direct you to Mike Tyson:

“Everyone has a plan till they get punched in the mouth.”

All of those unforeseen things that occur in your day are like being punched in the mouth. So, how do we deal with this?

“Plans are worthless, but planning is everything.”

If we can train ourselves to understand that plans will always change, but continue to work through planning exercises -- for work we are doing and in terms of growth as leaders -- we are ready to get punched in the mouth.

Here are some thoughts on how you can begin the effort of planning to allow you to be a more adaptable leader -- or a leader who understands that one plus one doesn’t always equal two.

How to Be a More Adaptable Leader

Be Intent-Based and Outcome-Focused

When I was commissioned in the Army in the early 2000s, the Army’s leadership/command philosophy was Command and Control. It was very hands-on and directive, not very adaptive or flexible. As my career progressed, the Army doctrine changed to Mission Command.

Mission Command was a more intent-based and outcome-focused doctrine. Commander’s relied on their intent to drive operations, meaning they only told you the destination, the goal, not necessarily how to get there.

Trust was a huge part of this approach. It was reminiscent of how the Union won the Battle of Gettysburg.

He wasn’t told exactly what to do, rather, he was enabled and an empowered to know what to do to reach the goal.

His ability to understand the intent and outcome his commander desired not only allowed for the Union to win the day but led to Chamberlain being awarded the Congressional Medal of Honor.

Here's what this story means for you:

Lead with the Goal

If you’re a leader, before you issue instructions or hand out tasks, take the time to think through what you actually want to achieve.

What is the intent behind the work you want done? What is the outcome you desire? Does it matter how your team attacks it?

Once you’ve identified the answers to these questions, make sure your team understands exactly what is expected of them. Hammer home that the outcome is what you care about, and the intention behind why that outcome is huge.

This will allow both you and your team to adapt and overcome the obstacles we all know you will encounter.

Leading this way is tough, though. It takes a certain mental toughness to be ok with not knowing exactly how your team is going to attack the problem set, but it’s worth it.

You will find it easier over time to do this.

If you are ensuring your intent and desired outcome are known and understood and trust in the people on your team, you will not only grow into a more adaptive leader, you will build an adaptive team.

Do this today: Identify at least one task and the intent and outcome you want that task to achieve. Write it down and delegate it to your team.

Now, if you’re an aspiring leader, ensure that you understand your boss’ intent and the outcome she/he has set.

Confirm, back brief, truly understand what that is and then get after it.

This is where initiative comes in.

Don’t be the person that wants everything told to them -- do this, then that, then this, etc.

If you operate this way, you will most likely become irrelevant and not grow in your career.

Do this today: Read A Message to Garcia by Elbert Hubbard and become Garcia. If you understand the intent and outcome desired, attack it like Chamberlain did with his historic bayonet charge!

Understand You’re Not the Smartest Person in the Room

When you meet with your team are you allowing yourself to learn from them?

To do this, you must enter the interaction with a growth mindset, being open to other points of view, and recognizing they may know something you don’t.

If we enter an interaction thinking our opinions and perspectives are the only ones of value, your team sees it. They get discouraged, knowing they aren’t being heard.

When this happens, you hurt the morale and overall effectiveness of the team.

In contrast, when you show your team you are capable of listening and abandoning your positions for someone else’s, you accelerate what it can accomplish.

You demonstrate that you respect your team members as experts in their positions and that trust them to bring the right ideas to the table.

This happens at IMPACT all the time.

Bob and I work on a 30,000-foot view of how to tackle something and then we bring it to our team.

More often than not, the team comes back to us with a significantly more effective approach. Then, when we adopt the ideas (in whole or in pieces), we have a team that knows they were listened to.

They own the decision and take it on at full speed.

When we make decisions and work through planning in a collaborative way, we set ourselves up for success when we have to pivot -- which we know is going to happen.

By being truly open and receptive to the knowledge, ideas, and thoughts of others, you naturally become more adaptive -- and in turn, your team does as well.

Again, if you’re a leader, embrace that you have smart people on your team and that it is ok to not always be the smartest or best at your craft.

You’re a leader now. Your role is to lead, not be the best widget maker.

Actively listen, ask questions, and be open to others points of view. This will not make you less of a leader, it will make you a better leader.

Don’t focus on who has the best idea, simply find it and understand that you and your team must be flexible enough to make changes on the fly.

Do this today: In your next team meeting, only ask questions. Let the team get to the solution.

For future leaders, challenge assumptions, ask hard questions, and don’t be afraid to give a different point of view.

Don’t be insubordinate, but challenge your boss from the perspective of trying to find the best solution to achieve the outcome they have clearly identified.

Do this today: Speak up!

I also suggest reading Multipliers by Liz Wiseman and Mindset by Carol Dweck.

Grow a Culture that Lives in Solutions

In my past career, I had the honor of leading some of America’s best -- paratroopers in the 82nd Airborne Division. If you’re looking for an example of a team that must be adaptable, I can’t find a better example.

Our main mission, we trained for airport seizure, by way of airborne assault.

(Personal note, this is one of the coolest missions in the world!)

We would go through extensive planning efforts from the individual level up to the brigade level. Commanders and troopers of all levels were involved.

We would develop great plans, but as General Eisenhower said, “Plans are worthless …”

This planning effort allowed us to live in solutions. We all knew the commander’s intent and knew the outcome we needed to achieve.

With this knowledge, everyone was able to adapt to the ever-changing situation we would encounter.

You see, there is no precision in a mass tactical airborne assault. You are being delivered to the battlefield and where you end up probably isn’t where you thought you’d be.

This is brought to life in Band of Brothers when we see how Paratroopers from the 82nd and 101st Airborne were dropped all over Normandy.

These troopers and their leaders needed to adapt and find solutions pretty much instantly rather than wallow in the misery of not being where they were “supposed” to be.

They took initiative, understood the intent, and got after it, allowing for a successful sea invasion on the beachheads of Normandy.

As Paratroopers, we had to continually reinforce and nurture the culture of the airborne community. We had to get everyone comfortable with being uncomfortable and solving for yes.

How do we attack this?

Leaders, force your teams to have hard discussions.

Talk about the elephant in the room, but ensure you are moving the conversation to a solution. As ideas of why something won’t work are brought up, ask what will work.

Set the example. Always project a sense of calm and optimism that will allow you to find a solution.

Remember, you don’t need to have the answer right away. Simply have the mindset and attitude that highlights that a solution will be found.

In your planning efforts, you’ve likely identified possible issues and potential solutions. Get back into this mindset and work on the next one.

Do this today: When presented with the next problem don’t react, respond. Ask questions that lead your team to solutions.

Future leaders, as you identify problems, don’t simply bring them to your boss. Think about a potential solution. Feel empowered to lead the assault on the problem and make it go away.

Your boss will appreciate your efforts. Even if they don’t utilize your solution, you have given them a path to the answer they need.

Do this today: Think through the issue, develop at least one course of action, and then talk to your boss.

Here are a few others books I recommend: Never Split the Difference by Chris Voss and Motivation Myth by Jeff Haden.

To be an effective leader, you must be adaptable. Change is going to happen daily. If you can’t adapt and remain flexible, you will struggle to achieve your goals.

By being intent-based and outcome-focused, having a growth mindset, and growing a culture that lives in solutions, you become more of an adaptable leader who will be able to attack the challenges thrown in your direction.

As an aspiring leader, take note of what your boss is doing.

If they aren’t doing these things, figure out how to bring them to the reality they that need to adapt. Work towards being an adaptable subordinate, have resilience, and, at some point, lead your team as an adaptive leader.