How to Fight Trolls: A Blogger’s Survival Guide 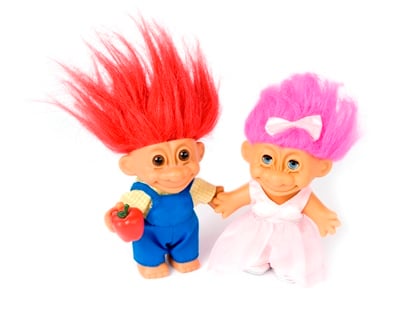 Bloggers have plenty to worry about. Deadlines, writer’s block, content quotas, incorrect grammar, and the proper use of semi-colons are fears that constantly plague us (just to name a few). 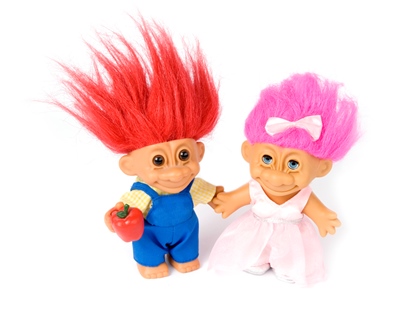 Fortunately, most of these blogging worries are self-contained. Think about it: A blogger can learn to overcome most writing anxieties by simply managing their time wisely, being open to feedback, or practicing how to use a semi-colon..

However, there is one particular blogging nuisance that is not so easily self-contained -- the internet troll. An individual who simply sows discord on the internet by starting arguments or upsetting people.

While they can provide entertainment from time to time, internet trolls are primarily unpredictable, destructive pests of the web (especially if you’re on the receiving end). As a blogger, there are few things more frustrating than a troll hijacking the discussion in the comments section of a post you just published.

So let’s understand them more, because to paraphrase Sun Tzu, “to defeat your enemy, you must know him.”

The Psychology of an Internet Troll

Although the term troll has become closely associated with the internet, trolls were around before the dawn of the World Wide Web. The invention of the net just provided trolls a convenient vehicle to mask their identity. Crank calls and fake ransom letters made from magazine cutouts? Those were the work of pre-internet trolls.

So why do they do what they do? Academic Earth conducted an in-depth study regarding their behavior, which (in summary) is fueled by “disinhibition.” They define disinhibition as “the phenomenon wherein one abandons social inhibitions that would normally be present in face-to-face interactions.”

It makes sense -- how many cases of trolling have you seen where you could imagine the culprit delivering the message in a face-to-face social setting? Probably very few.

So, although trolling has been around for a while, it’s become more apparent due to the voyeuristic functionality of the online world. With this in mind, let’s explore how to combat these trolls, yeah?

How to Fight Trolls

As mentioned before, trolls are unpredictable, destructive, and oftentimes persistent. With their behavior in mind, let’s discuss how to pummel them into submission using several different tactics:

If you find yourself subject to an internet troll, you can just ignore them, especially if they have nothing valuable to add (or are posting something completely irrelevant).

The good news is that trolls feed off of your response, so if you give them none, they’ll starve. The bad news is that one of your readers might jump in and be caught unaware of the potential troll attack.

If they do raise a point that warrants a legitimate response, you’ll miss out on the opportunity to answer with this approach. So if you choose to answer, be careful -- they’ll be looking for an excuse to keep the trolling rolling (ha!). Be tactful with your response.

2) Rely on Your Army

Sometimes, you don’t need to be the one who fights a troll. If your readership is comprised of supportive people, they may just chime in and fight your battles for you. It's awesome when that happens.

The bad news is that this can get out of hand if your supporters aren’t well trained in the troll-battling arts. Things can spiral out of hand quickly, so be sure to keep an eye on your troops as they lay siege to an attacking troll.

Feel like out-trolling a troll? It can be done, and it can even be fun -- but be wary of their persistence. Be sure you leave out as much emotion as possible from your retorts ... they feed off of it.

If you respond without anger, frustration, disgust, etc. chances are you can quash the troll before they get started. They want you to lose your cool, so don’t do it.

Not a recommended approach, but you can always disable commenting from your posts to prevent trolling altogether. Unfortunately, this eliminates any sort of discussion from your posts.

If a troll is being particularly offensive, you can (and probably should) delete their comments. However, if they’re just looking to grind your gears a little, it’s probably best to explore any of the above methods.

What other ways do you fight internet trolls on your own blog? How bad is trolling on your own site? Comment (or troll!) below.