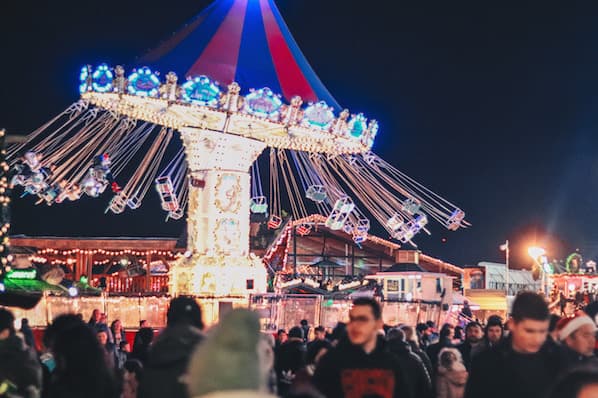 There’s a common misconception about attention that most marketers love to reference nowadays: the average human has a shorter attention span than the average goldfish. But if you really think about this claim, it can’t possibly be true. People watch two and half hour long movies and binge entire seasons of TV shows every day. If the human attention span is shorter than eight seconds, the Marvel Cinematic Universe wouldn’t exist and Netflix would be out of business.

However, in regard to dwindling human attention, there is something that’s actually shrinking: our ability to concentrate on given tasks. With all the dopamine hits that social media, email, and Slack notifications provide, we crave instant gratification more than ever before. And as our world becomes more digitally connected, these distractions will only worsen, ravaging our ability to concentrate.

In the conversion rate optimization community, image carousels, which are auto-rotating banners that sit above the fold on a website’s homepage, are a controversial topic because of our withering capacity to focus. Oftentimes, they distract users from the task at hand since their movement continuously draws attention -- and this could plummet your website’s conversion rate.

So in an age where people’s ability to concentrate is lower than ever before, why do brands still use image carousels despite their potential to distract visitors? Well, according to Rebecca Hinton, a Website CRO Strategist and Copywriter at HubSpot, brands sometimes implement image carousels on their website because they can’t agree on a hero image, which is the single, featured image on a website’s homepage.

“Image carousels can result from stakeholders disagreeing on what they should feature in the hero image,” she says. “For example, a stakeholder who has to achieve a certain goal will argue to feature their specific slide as the hero image while another stakeholder will argues for hers. As a result, they’ll split the difference by including both slides in a carousel.”

If your website’s image carousel resulted from this exact predicament, it's natural to feel frustrated. However, there’s no need to fret. Image carousels might not be ideal for conversions, but there are still plenty of ways you can optimize the space for maximum impact.

“If you have an auto-rotating carousel on your website, my advice is to turn off the auto-rotation. Once you do that, determine how you can optimize that space on your website. Generally speaking, leading with a single message is better than using a carousel, but you should always run tests before changing your website,” Hinton says. “I'd recommend running a series of A/B tests to answer the following questions: what's the best carousel ordering? Could we replace the carousel with a single image? What copy, image, or CTA performs the best? Additionally, don’t forget about personalization. Consider how you could alter your carousel or hero image for different groups of people, like new users, returning users, different device types, regions, past purchasing behavior, etc.”

In our world, people crave instant gratification and get distracted more easily than ever before, so image carousels might not seem ideal for converting visitors on your website. But, sometimes, you need to keep an image carousel on your website because of a compromise between certain stakeholders. And the only way to prevent your conversion rate from plummeting is getting creative and A/B testing and personalizing your carousel.

How to Convert With Psychology: 4 Design Levers To Pull

The most important key to converting website visitors into leads is to have what marketers call a "strong call to action" or a particularly convincing offer that asks people to give their contact information (so they become a lead for your ...