The Introvert's Guide to Successful Negotiating 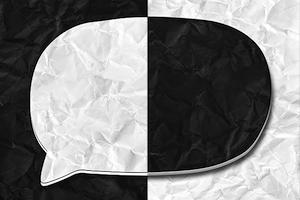 For most of my life, I've pictured myself as an extrovert. When I was very young, I frequently got in trouble for talking very very very loudly to my peers. I played lots of team sports, and relished in the social interactions they brought me. My idea of a relaxing night was to invite a bunch of friends over to hang out.

At the same time, I was an avid reader -- and cherished the times I could curl up in my room alone to devour the latest trashy thriller I picked up at the library. When I trained for a marathon, my solo long runs rejuvenated me. And some of my other favorite nights included curling up on my couch watching the latest episode of The Bachelor.

It turns out that like most people, I'm somewhere in the middle of introversion and extraversion -- and it's had a pretty big impact on my career. One of the times I feel most introverted is when I'm negotiating. Usually, my go-to tactic is to clam up, nod my head vigorously, and just go with whatever offer has been given to me.

I know I'm not alone here -- negotiation is terrifying for lots of introverts. But if you want to grow your career (and possibly your paycheck), it's one of those things to buck up and learn.

So how should introverts handle something that's so unnatural to them? It turns out that negotiations don't have to be dominated by our extroverted friends. Introverts have some key strengths in the whole process, too.

Introverts: Play to Your Strengths in Negotiations

While introverts are typically thought to be super shy, that's not always the case. Researchers are still trying to pin-point what exactly makes someone an introvert or an extrovert, but according to Susan Cain in Quiet: The Power of Introverts in a World That Can't Stop Talking, "introverts and extroverts differ in the level of outside stimulation that they need to function well." Extroverts need lots of outside stimulation -- meeting lots of people in a loud social situation, for example -- while introverts prefer a low-stimulation night at home, maybe watching a favorite movie with a close friend.

When negotiating, this need for lower external stimulation can work to your advantage. Research from Harvard suggests that solitude can actually make a person more capable of empathy towards others. They're also usually quieter and skilled listeners -- all skills that make it easier to better understand the motivations of the person they're negotiating with.

In a blog post, Cain also points out that introverts tend to be accommodators. While being overly accommodating can make someone a doormat in negotiations, the right dose of it can be an incredible strength. How? "Accommodators tend not to sweat the small stuff," says Cain. "They don’t get distracted by haggling over unimportant issues. They are natural harmony-seekers." And in a scenario all about finding a common solution between two parties, being naturally harmony-seeking is a gift.

So, how can you use these skills when negotiating? Since you're probably methodical (another introvert trait), here's a process you can follow.

How Introverts Can Negotiate More Successfully

Truthfully, the steps below work for both introverts and extroverts. In fact, some of these recommendations are based on advice from my colleague Rob Masabny, just tailored for our introverted friends. With that in mind, here's how introverts could approach their next negotiation in a way that plays to their natural strengths:

Is this a one-time negotiation, or will you have to spend the next few months working with this person? If it's the former, you could be more aggressive in your negotiations. If it's the latter, you should be more accommodating, yet firm about what you want.

Decide which route you should take before you do anything else -- it will shape your entire negotiation process.

2) Figure out the best-case scenario.

Take off your glasses again. Think about the worst thing that could happen that you would be still be happy with -- this gives you a "bottom" (so to speak), so you know when to walk away from the negotiation. If the negotiation gets to (or beyond) that point, you now know you need to walk away.

Setting that bottom limit is incredibly important to avoid being a pushover -- plus it helps you set the rest of your negotiation strategy.

4) Establish a strategy to achieve or avoid those scenarios.

Now that you've determined what the ideal situation is, establish a plan to get there. Obviously, conversations don't go according to scripts, but you can put those methodical muscles to work by mapping out how several scenarios could go.

Use your natural empathy skills to put yourself in the shoes of the other person in the negotiation. What will they feel when you say X? How might they react? Then, how will you react to get the closest to your desired goal?

At the end of this process, you'll probably have several scenarios sketched out. Next, you need to arm yourself with the tools to realize those scenarios.

5) Practice tactics to help you accomplish those strategies.

Now, you need to figure out which tactics to use -- and put them to practice in mock-negotiations. Grab one close friend or coworker, and have them act out the negotiation with you.

Here a few things you can do to have a better negotiation:

Instead of arguing a point head-on, you can ask lots of questions to figure out the other person's motivations and priorities. For example, if you're trying to negotiate a later start date for a new job, and the recruiter says, "I need you to start on August 10th," you should ask "Is that date firm? Why does this position need to start on that day?" By keeping the follow-up question open (instead of a yes-no question), you can better figure out what the other person's motivations are and decide how to steer the conversation going forward.

This tactic helped Cain when she was a lawyer. According to an interview she did with Maclean's, this is how she won a certain negotiation:

"When the negotiating began, Cain started to ask questions, 'lots of them,' she recalls. And she listened to the answers, 'which, no matter what your personality, is crucial to strong negotiation.' Eventually, her simple questions shifted the mood in the room. 'The bankers stopped speechifying and dominance-posing' and the two sides started to have a real conversation. Finally a deal was struck, and the next morning, the lead lawyer for the bankers called Cain and offered her a job. He had never seen anyone so nice and so tough at the same time."

To make sure that you and the other negotiator are on the same page during the chat, take time to recap what they've said, too. Because you're a good listener, this will come very naturally to you.

Know how to use (or avoid) anchors.

Anchors are basically parameters you set on the conversation. In a salary negotiation, for example, this is the first number you throw out -- the rest of the negotiations are based on this frame of reference. If you threw out $60K as the anchor, you'd be trying to have a conversation around that number -- not $45K.

If you're trying to set an anchor yourself, Cain has some great tips:

"You need to do your homework. Pick a number that’s favorable to you, but not so crazy that you alienate the other side. If you overshoot, you come across as naïve (you don’t understand the market) or obnoxious (who wants to deal with an over-reaching person?). Be especially careful in salary negotiations or other situations where preserving the relationship is paramount. Anchoring is often better suited to one-off negotiations, like buying a car.)"

If you want to avoid being anchored, invoke "the flinch." Cain says that you want to use your body language to show how outrageous the anchor is. Actually flinch, or raise an eyebrow, or say, "Really? That's way off base. Let's start this again, but with a more reasonable ballpark."

It sounds counterintuitive, but silence can be your secret weapon -- especially when the other person puts an outlandish anchor on the table. Also, it can come in handy when you're putting an out-there offer on the table too -- by staying quiet, instead of over-explaining why you want something, you appear much more confident.

Start the negotiation by opening up a discussion.

Now comes the time to actually go through with the negotiation. You've done a ton of prep (congrats!), so this should be a breeze, right? There is no one-size-fits-all checklist for this section since it's a conversation (not a recipe), but here's roughly what to expect in this stage:

1) Let them talk to figure out what they actually want.

Let them take the floor to begin with. Ask them those open-ended questions and use your listening strengths to figure out what they actually want. You've done lots of work to anticipate their wants and needs, but you need to figure out if those assumptions were right so you can start to have a discussion. Viewing this part as a collaboration rather than a negotiation might make it easier to navigate, too.

2) Steer the conversation as much as you can in the direction of your planned scenarios.

You don't want to be too bullish and determined to achieve the outcome you planned on, but you should keep those outcomes in mind when chatting with the other person. By staying focused on the goal of the conversation, you can be more nimble with the tactics you use to get there.

Come to a conclusion.

Congrats! You've reached a conclusion -- hopefully it's one everyone's happy with. Before you end the conversation, you should do the two things below. Yes, they're fairly common-sense, but they could be easily forgotten in the haze of negotiating.

1) Restate what you've agreed upon.

This is one of those active listening things you're really good at doing. End the meeting on a strong note by restating exactly what everyone's finally agreed upon. It's possible that the other person wants to continue to negotiate based on that summary, but hopefully, you both with agree with the terms so you can move on to the next step.

2) State the next steps.

You need to figure out who is doing what to achieve the outcome you talked about. Setting this process at the end of the negotiation will make you feel more relaxed about the next steps.

And that's about it, folks. By outlining a very detailed plan ahead of time and practicing that plan, you should be well-equipped to get exactly what you want in your next negotiation -- introvert, or not.

What other negotiation tips do you have for introverts?