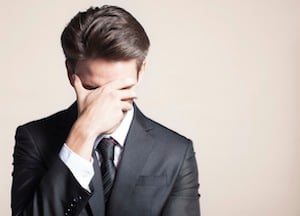 For us marketers, it’s just the way it works: We spend our days planning marketing campaigns around the specific and realistic goals we want to achieve. Then, we execute, and measure, and it’s on to the next one. And maybe -- just maybe -- if we do it for long enough, we might run some really remarkable marketing campaigns that nail our goals and make us look like the rockstars.

Below are four premier examples of marketing campaigns that didn't quite hit the mark -- in fact, they kind of stunk up the place -- and the lessons that marketers can learn to avoid the same fate.

1) Levi's' "Hotness Comes in All Shapes and Sizes"

According to the Centers for Disease Control and Prevention, the average American woman weighs in at about 166 pounds. But that’s not really the image of women that the mainstream media portrays in most advertising today. So kudos to Levi for creating an ad campaign called "Hotness Comes in All Shapes and Sizes" for its new Curve ID jeans. The campaign meant to target the average American woman looking for an affordable pair of fits-you-in-all-the-right-places jeans. 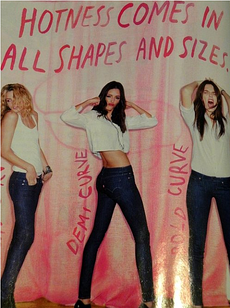 This could have been a great marketing campaign ... if Levi's actually followed through on its tagline. Instead, the company chose what are considered "skinny" models who definitely don’t represent the average American woman.

The ads didn’t actually feature Levi's target audience and caused quite a stir on popular sites like Business Insider. And while Levi's did address the negative criticism it received, it didn’t fix the bad taste it left in the mouths of curvy women everywhere.

The Lesson: If you’ve chosen a target audience, make sure all of your marketing materials reflect the people you’re targeting. Choosing your target audience for your campaign will be easy if you’ve already created buyer personas.

While baseball is touted as America’s favorite pastime, one could argue that McDonald’s is America’s favorite fast food joint (I mean, those fries. Come on!). But when you combine the cautionary tale of 2006’s Fast Food Nation with the mainstream movement of eating local, organic foods, you could have a potential recipe for a marketing disaster.

So when McDonald’s tried to utilize social media to get some feedback from consumers on the McDonald’s experience, it created The #McDStories hashtag. It all started from McDonald’s official Twitter handle, @McDonalds, with the following tweet:

Seems harmless enough. But McDonald’s should have known better: People don’t eat McDonald’s for the fresh, wholesome ingredients it puts in its food. In fact, they eat McDonald’s without caring what’s in it because it’s easily available, cheap, and tastes good. So, what happened was the hashtag took off and tweets like this came flying in:

McDonald’s clearly didn’t think this one through. These days, people are starting to care about what’s in their food and how it’s made. And since they were given the opportunity, cynics and critics jumped on the hashtag in a negative way.

The Lesson: Not keeping up with trends in your industry hurts you. Understanding those trends, whether you play into them or not, will help you make sure you are either taking calculated risks with your marketing. Fail to understand them and you could totally miss the mark -- like McDonald’s did.

3) Huggies' "Have Dads Put Huggies to the Test"

Imagine if someone were to ask you, "What do you think a typical family looks like?" My guess is that your answer would be different than my answer because, well, every family is different. One stereotype that’s been turned on its head is that it’s the mother who is the main caregiver for the children of the family -- and that’s just not true anymore. Families come in all shapes and sizes and in all different kinds of configurations, and stay-at-home dads aren’t a rare breed.

Unfortunately, Huggies didn’t portray the image of the modern-day family with its campaign "Have Dads Put Huggies to the Test," showing TV commercials in which dads were being inattentive to babies with full diapers. This scenario was explained by Huggies (in a voiceover) that Huggies diapers can handle anything, implying that it's okay for dads to leave a full diaper on a baby because, hey, Huggies can handle it!

Insulting much? You bet.

The commercial made it seem like it was putting dads to the test, not diapers. The backlash was so severe that it caused a full-time stay-at-home father to create the petition "We’re Dads, Huggies. Not Dummies." Huggies eventually removed the ads.

The Lesson: Be clear on your campaign message and goal, and don’t leave room for interpretation. Was Huggies really putting dads to the test, or showing that its diapers are the strongest, most durable ones out there? It’s a rhetorical question, but you know the answer.

This Nesquik marketing campaign starts with good intentions and, actually, was really a good idea. Since the Nesquik Bunny is the brand's mascot, the company decided to develop a mobile app that "bunny-fied" photos by adding in cute bunny ears.

The company promoted its new app alongside the creation of "National Bunny Ears Day," asking its followers to share their bunny-fied photos on the day through Twitter and Instagram using the hashtag #nationalbunnyearsday. Pretty cute, right? Sure. Even famous chefs Giada De Laurentiis and Bobby Flay got involved: 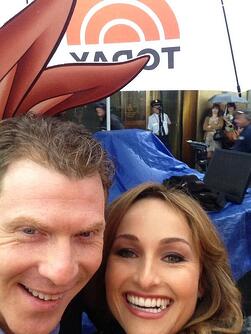 The reason this campaign may not be obvious, but here it is: Nobody cared about it. Not one bit. The hashtag received two mentions on Instagram and nine mentions on Twitter, even with celebrities involved. Had Nesquik tied its idea to a bigger industry event or holiday (not a day it made up) or paired it with an interesting announcement, it could have really taken off. Instead, it was quickly buried in the newsfeed of Nesquik’s fans and followers, soon to be forgotten.

The Lesson: All of your marketing efforts should be coordinated through all of your various channels. Here, Nesquik relied heavily on its mobile audience to make this work. It takes every single one of your marketing channels aligning around one common theme and goal to make an impact and make people care.

No one ever said creating and executing a marketing campaign was easy. And hey, we all make mistakes. But there are ways to ensure you’re planning thoroughly, executing like a pro, and understanding the impact your campaign had on your overall marketing goals.

What are some other marketing campaign "fails" you’ve seen? Let us know in the comments!