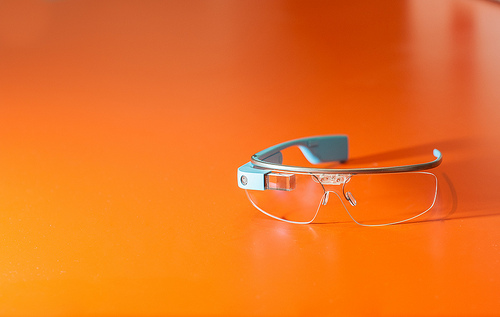 Mobile internet usage is soaring past desktop usage. Wearable computing is poised to supplant mobile computing as the hot new thing. Basic business processes, things like logistics, manufacturing, and transportation are being reinvented. And marketers are spending money in the wrong places.

Those are among the findings in a new report on the state of the internet from Mary Meeker, a partner at Kleiner Perkins Caufield & Byers, a top Silicon Valley venture capital firm.

Meeker, a former top Wall Street analyst, puts out a big report once a year laying out the most important trends on the internet. And it’s all contained in this SlideShare. Below that, I've also pulled out some key findings that I thought marketers might be particularly interested in.

1) The U.S. is not the center of the internet universe. At the end of 2012 there were 2.4 billion people on the Internet, up 8% from last year. The country with the fastest growth in internet users last year: Iran, up 205%. The U.S. ranks 10th in number of new internet users added last year (we added 18 million), and we're the second biggest overall, with 244 million. China ranks first, with 564 million.

2) Ad money is going to the wrong places. There’s a huge gap between the amount of time people spend on mobile devices and the amount of ad spend directed at mobile. Mobile takes up 12% of our time, but gets only 3% of ad spend. Print media is the opposite, getting 6% of our time but pulling in 23% of the ad dollars. Conclusion: Expect to see money moving out of one of those buckets and into the other.

3) Content is exploding. The amount of digital information created worldwide, tagged, and shared has grown 9-fold in the past five years, and should quadruple again by 2015.

4) Short form is hot. Snapchat’s number of “snaps” per day has grown to 150 million in April, up from half that two months earlier and virtually zero a year ago. By April, Vine was being used by 8% of iPhone owners, up from 2% in January.

6) Mobile keeps booming. Mobile traffic represents 15% of all internet traffic, versus less than 1 percent in May 2009. By this time next year mobile should approach 25% of global internet traffic. Today in China more people access the web via mobile devices than via PCs.

7) The web is about to get a lot bigger. Wearable computing should be even bigger than mobile. Every cycle of computing (mainframes, minicomputers, PCs, desktop internet, mobile) brings in a bigger audience. Meeker believes the trend will continue with wearables. And while we may laugh at Google Glass, remember that people also laughed at PCs. Heck, Barron’s once famously scoffed that Amazon.com should be called “AMAZON.BOMB.”

What do you think of this year's report? What stands out to you for the inbound marketing industry?