Multicultural Marketing: What It Is, Why You Should Do It, and How to Do It The Right Way 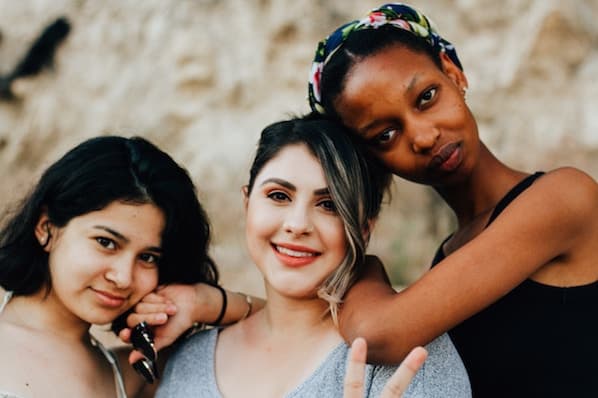 Needless to say, these two cultures clashed, and I spent the early part of my childhood confused about my identity. My parents taught me certain values and principles to help guide me through life, just like their parents did, but whenever I hung out with my friends, they would show me a completely different way of living. At the end of the day, I didn’t really know which group to side with. But once puberty hit, I did what every other hormone-filled tween would do -- I rebelled against my parents and followed my friends.

From the beginning of middle school to the end of high school, I mostly identified as an American not just because the vast majority of my friends were American, but because I realized I was different. And I didn’t like that.

Desperate to fit in, I tried my hardest to blend in with my peers. I immersed myself in football and baseball, deriving all my value in being a jock -- the opposite of your typical Asian American. Sadly, I also looked down on other Asian kids who weren’t as American as me, sparingly ate Chinese food, and didn’t like inviting my friends over because I was scared they’d think my house smelled weird. In a nutshell, I was embarrassed to be Asian.

This mentality bled over to college, where I studied economics and business, played baseball, and joined a fraternity -- all of which a typical Asian American wouldn’t do. As a senior, I decided to study abroad in Scotland, and my goal was to befriend as many lads and lasses from across the pond. But by the end of the semester, barely any of my friends were European. And none of them were American. Most of them were actually asian.

One of the biggest reasons why I loved studying abroad, in addition to traveling the world and never going to class, was that I befriended a group of Asian guys who were extremely proud of our ethnicity and culture. And it taught me how important it is to be proud of my own identity. Before I studied abroad, I’d never met an Asian person who claimed they were proud of who they were, and I didn't really take pride in it either. But after meeting my asian friends in Scotland, who were from Asian countries, like Singapore, Malaysia, The Philippines, Bhutan, and India, I was inspired to flip my mentality.

When I returned home from Scotland, my parents were both shocked and thrilled at how Asian cuisine had become my favorite type of food and how much pride I took in being Asian. In my mom and dad’s eyes, I could see the joy in their hearts. I’d finally done something they’d always wanted me to do -- be proud of who I truly am.

Even though the world is a melting pot today, most brands market in a way that only appeals to a country’s majority ethnicity or culture. That means there’s a huge pool of people that brands aren’t resonating with.

However, generating more sales shouldn’t be the only reason you market to minority groups. Acknowledging their ethnicities and cultures should be another huge driving factor.

Because, ultimately, letting minority groups know that it’s not only okay to be different, but it’s also amazing that they bring such different perspectives to the places they immigrate to, will move society forward and help immigrant children like me be proud of who they truly are.

Multicultural marketing is devising and executing a marketing campaign that targets people of different ethnicities and cultures within a brand’s overarching audience. Not only does it help you relate to and resonate with minority groups, but it also recognizes their ethnicities and cultures and helps majority groups realize that most countries are melting pots and not dominated by one main ethnicity or culture.

How to Do Multicultural Marketing The Right Way

If your brand truly wants to practice empathy, then your employees need to actually know what it’s like to be in your customers’ shoes. Otherwise, if you don’t have someone on your team who can contextualize your marketing campaign to a specific ethnicity or culture, your content might seem it was created with an ulterior motive.

So whichever minority group you target during your multicultural marketing campaign, just make sure someone on your team has the practical knowledge and life experience to vet it for accuracy.

Interview people from minority groups that aren’t represented on your multicultural marketing team.

If you’re not able to hire a person who can represent the minority group your multicultural marketing campaign targets, your next best option is to interview people who can. To do so, reach out to people in your network, social circle, or family and ask them some questions about the challenges they face as a minority.

There’s nothing worse than a self-serving marketing campaign masquerading as social justice (I’m looking at you Kendall Jenner). Even if you have the right intentions, poor execution can turn your campaign into an SNL Cheetos’ commercial.

So before you green light your multicultural marketing campaign, run the creative and distribution strategy by some colleagues or friends who represent the minority group your campaign is targeting and see if they can poke holes through it.

As an Asian American, Mulan, Jeremy Lin, and Jon Cho are my heroes because even though Asians are grossly underrepresented and misrepresented in pop culture, these three overcame that adversity and put themselves in a positive light, which greatly benefited the Asian American community.

With this in mind, if your multicultural marketing campaign can shed light on the challenges a minority group faces and highlight their benefit to society, you’ll not only grow the group’s loyalty for your brand, but you’ll also make them feel like they have a genuine, empathetic ally.

Photo by Omar Lopez on Unsplash

How To Choose the Right KPIs for Your Business

What is a Marketing Plan & How to Write One [+Examples]