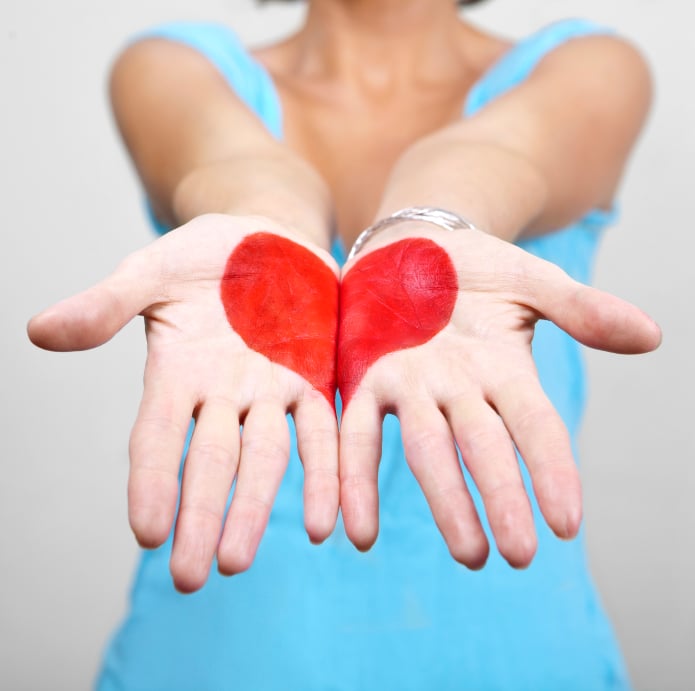 Corporate culture is -- and always has been -- a big deal here at HubSpot. Since we came up with the first version of our Culture Code many years ago, we've continued to focus on creating a company people love.

Our Culture Code was recently updated (our co-founder, Dharmesh Shah, acted as scribe and spent many hours on it). After months of internal review and revision, we published our Culture Code to let people know what makes HubSpot and the people inside it tick.

Since publishing the slides a little over a month ago, we've received an overwhelmingly positive response. The HubSpot Culture Code circulated inside and outside the company, receiving over 500,000 hits on SlideShare alone:

Last week we had a visit from Patty McCord, one of the people who inspired Dharmesh and others at HubSpot to think about the importance of corporate culture. McCord is a consultant and former chief talent officer at Netflix. While at Netflix, McCord co-authored a document that has become legendary in Silicon Valley -- a 126-page slide deck that encapsulates the corporate culture of Netflix:

Facebook COO Sheryl Sandberg once said the Netflix policy "may well be the most important document ever to come out of the Valley" because of its influence on other companies. Netflix helped pioneer things like a "no vacation policy," where employees can take whatever time they need rather than earning a certain number of vacation days per year. (We have the same policy at HubSpot.) Another Netflix policy was no "brilliant jerks." Meaning: Play nice, or no matter how smart you may be, we don't want you around.

Though Netflix has many admirable aspects in its company culture, McCord left us only with a few very important pieces of wisdom during her visit to HubSpot. For anyone trying to start a small company or attempting to navigate a career inside a big one, McCord's advice is invaluable.

Netflix stirred up some controversy by saying it only wanted "high performance" employees, and that "adequate performance gets a generous severance package."

McCord says she and others at Netflix spent months arguing about that idea. "It was hugely controversial," she says. Even top execs at Netflix pushed back on it. "They said, 'What about loyalty? What about retention?' We argued about this for six months. And then actually doing it was really hard, too."

The idea behind the "high-performance" culture is that a company should be like a pro sports team, where everyone has to earn their spot on the team and keep earning it. "It's not a family," where everyone has a spot no matter what, McCord says.

But that means making some difficult decisions and even pushing out great people if they no longer serve the needs of the company. One example: A talented woman who worked in finance at Netflix and did a great job in the early days didn't have the skills to stay in her job after Netflix went public. McCord considered finding a new role for her, but instead told her she had to leave.

The woman complained that she wasn't being treated fairly. "'Look, you've got 100,000 shares at a nickel apiece, you'll be fine,'" McCord responded. "Sometimes it's really hard to say goodbye to people who helped you become successful."

Among the other management innovations at Netflix is a "start, stop, continue" review process. "Once a year on email, anyone can give anyone feedback, in three categories -- start doing this, stop doing this, and continue doing this," she said. Netflix also uses this review technique for in-person reviews, with groups of eight people in a room. "It can be really ugly," she says. "Someone says, 'Stop being an asshole.' That can be bad." On the bright side, using the "start, stop, continue" review process ensures that people receive affirmation for the things they are doing right, an often-forgotten component of feedback.

McCord has spent a long career in Silicon Valley but she's an unconventional thinker who hates words like "consistency" ("Consistency is something you want in cake batter.") and "empowerment," which she considers ridiculous. "You either have power or you don't. If you wait around for someone to give you permission, you're going to get passed over."

After the talk, I ran into McCord and we had a quick conversation. She seems to have big plans for the year ahead. I'm hoping she will keep finding ways to get her ideas out into the world -- she has outstanding lessons for people in any stage of their career.

How have you helped create a culture at your company? Share your advice for creating a solid company culture in the comments below.

20 Funny Out-of-Office Messages to Inspire Your Own [+ Templates]

A Brief History of Disability Pride [+Why Businesses Should Embrace It]

How to Be a Good Manager [Data + Expert Tips]