Network Effects: How Growing Your User Base Can Increase the Value of Your Product or Service 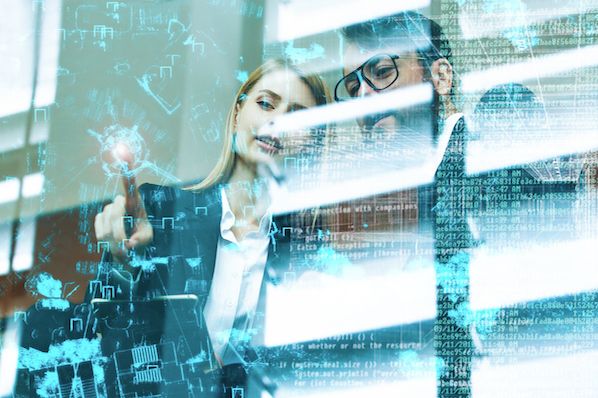 When the World Wide Web launched in 1991, most people thought it would fizzle out in a few years. Experts considered it to be a shiny, new fad that no one was really using. In fact, only six countries in the world had more than one internet user per 100 people that year.

But when the development of various web browsers like Netscape, Internet Explorer, and AOL enabled easier and simpler internet use in the mid-90s, the web boomed in popularity. 28 million online users sent or received email at least once every few weeks and businesses like Amazon.com and eBay opened online stores.

By the early-to-mid-2000s, internet technology vastly improved, allowing more people to access the web at faster speeds and letting them connect on social media and collaborative websites like Wikipedia.

And once people could access the internet with mobile phones in the late 2000s, there was no looking back -- the web had become mainstream. To communicate, connect, research, and buy things, the internet was starting to become the most widely-used platform.

You might think the evolution of the internet’s capabilities was what grew its user base. But it was actually the evolution of its network. When more people started using the internet, connecting with each other, and buying products on it, the web became necessary to do everyday things, making the platform more valuable for current users and non-users.

A product's or service's increase in value due to a surge in usage, like the internet example above, is called a network effect. And companies can leverage this phenomenon to make their own product or service so valuable that it becomes essential for their entire target market to use.

Below, we’ll delve into the economic benefits of network effects and the most common examples to help you apply them to your own business model. But first, let’s go over what a network effect exactly is.

The telephone and social networks are good examples of how network effects can impact a product or service. As more people started using these technologies, they became necessary for communication, boosting their value for existing and future users and weakening the alternative’s value.

For instance, when everyone started communicating with landline phones, it became the most popular way to talk to people, increasing the telephone’s user base, necessity, and value while simultaneously diminishing the need for the telegraph.

Similarly, when the majority of people and businesses started connecting on Facebook, it became the most popular way to communicate with your entire network, increasing its user base, necessity, and value while simultaneously reducing MySpace’s value.

As you can see, leveraging network effects can greatly increase the size of your user base, your company’s market share, and your product’s or service’s value. But if you’re in the SaaS space, it can also boost your business’ profitability.

The Economic Benefits of Network Effects

From a pure accounting perspective, your SaaS company’s variable costs only consist of hosting and servicing your product. These costs are much lower than than your software's price, so the revenue from selling your product is a lot higher than the cost of producing it.

Your variable costs also don’t increase at the same rate as the rate you sell your software at -- like physical products -- because you already built the software. The more users you can attract and retain with network effects, the faster you’ll generate the revenue to cover your fixed costs and the faster you’ll start earning a profit.

But any company that wants to leverage network effects will also face the high hurdle of attracting a sufficient amount of users to produce enough momentum for a network effect to even take place.

This threshold is called the critical mass point, where the product’s value becomes greater than its cost, which is what ultimately attracts new users.

Before hitting the critical mass point, though, the cost of signing up for a product is greater than the value of signing up for it. To incentivize early adopters to sign up for their product, brands usually use discounts or referral benefits to lower the product’s price to the point where the value of subscribing is higher than the cost of subscribing.

Once companies can attract enough early adopters and users to surpass the critical mass point, they can start leveraging network effects. But they can’t just coast from that point on. Businesses must be able to sustain their network’s growth, and to avoid congestion or saturation, they must align the growth of their staff and capacity with the growth of their user base.

For instance, if a ridesharing app, like Uber or Lyft, has too much consumer demand and not enough cars, its prices will skyrocket, congesting the app and providing less value to its users. This is called a negative network effect. And brands who want to leverage network effects must make sure they can satisfy their growing user base before it even hits its critical mass point.

But if they're successful at it, they’ll be able to use network effects to their full advantage and depend on a more reliable and cheaper way to grow their business than developing and shoving countless product updates into their prospects' faces.

The Three Most Common Examples of Network Effects

There are three main types of network effects that can increase your product’s user base and, in turn, value: direct, two-sided, and local. We’ll go over and give an example of each of them below.

A direct network effect is when an increase in usage and users leads to a direct increase in the product or service’s value for other users.

Venmo, the mobile payment service, is a good example of having a direct network effect. The more people who use Venmo, the more people can send money through the app to each other, making it more valuable for current users, which, in turn, attracts new users.

On the flip side, though, the less people who use Venmo, the less valuable it becomes -- you can only send money through the app to a limited amount of people. The lack of people using Venmo would make the mobile payment service lose even more users.

A two-sided network effect is when both buyer and seller increase the value of a service like a marketplace or platform for each other. This usually happens because the entrance of new sellers and buyers into a market entices even more sellers and buyers to join the market, giving buyers a larger, diverse pool of products to choose from and sellers a larger, diverse pool of customers to sell to.

Marketplaces like eBay are a great example of the two-sided network effect in action. There are a ton of sellers selling a diverse mix of products on eBay, which attracts a lot of diverse buyers to the site, increasing demand and prices.

This constant increase in the marketplace’s supply and demand oscillates its products' prices, making the site more valuable to its buyers during certain times and sellers at others.

Platforms like social media can also have a two-sided network effect -- users can connect with their entire social circle and favorite brands while advertisers can distribute content to their entire target audience. But to leverage this network effect to its full potential, social networks need to maintain their user quality to keep attracting more valuable users and, in turn, advertisers in the future.

For instance, Facebook started out with an extremely specific user base: students at Harvard University. Next, they slowly opened their platform up to more colleges around the world, then to high schools, and eventually, to everyone.

To convince the entire world to join their platform, Facebook had to be diligent about deleting spam accounts and making sure the majority of their users were real people. This way, users could connect and communicate with their entire social circle on the website, which also attracted most advertisers -- almost every brand’s entire target audience was and still is on Facebook.

Good growth, not just growth, is what lead to Facebook’s lasting expansion. That’s why they exploded in popularity while Myspace nosedived into irrelevance.

Social media platforms like Instagram aren’t valuable to you because you can communicate with over one billion other users. They’re valuable because all your friends are on it, and you can easily connect with them on the platform. Referencing inside jokes or personalizing your posts is socially acceptable because your following usually understands the context of your posts. This lets you express yourself in an environment you truly feel comfortable in.

How to Find Your Business's White Space Opportunities

How These 7 Companies Thrived During the Recession