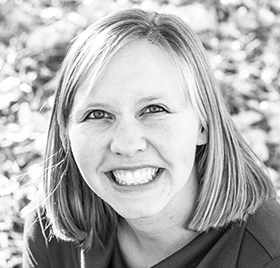 If marketing were easy, every business would be successful. But it takes a lot of creativity, commitment, and an unprecedented knowledge of your customer base to truly get it right.

In 2005, CareerBuilder targeted the “poised” job seeker, someone teetering on the edge of looking for a new job, and turned to advertising agency Cramer-Krasselt for help. The agency turned out one of the best viral campaigns ever by showcasing monkeys running rampant in a corporate office alongside one dejected human employee.

The campaign was such a hit that it increased brand awareness by 350% while winning numerous awards and helping CareerBuilder surpass major competitor Monster.com, in share, unique visitors and revenue. What we miss is seeing monkeys in business suites happily prancing around and acting like people.

CareerBuilder helped us see familiar situations in a humorous and entirely different light. It took a stressful situation, a job or a boss you hate, and made a monkey out of him.

2) Roll With Me Baby

It was hailed as the “return of the babies” campaign, which drove millions of viewers to Evian’s past commercials to find out what they missed. We miss the way Evian tied two decades of marketing campaigns together, making it seem like good ideas, and good campaigns, will never die.

2010 changed the way we viewed Old Spice forever when advertising agency Wieden + Kennedy enlisted handsome Isaiah Mustafa to portray “The Man Your Man Could Smell Like.” The commercial itself, which debuted during the Super Bowl, was a huge success, but Old Spice took their television success and moved it online with amazing results.

For two days, fans and consumers were able to ask questions of the Old Spice Man through social media, and receive personalized responses to their questions. Over 180 video responses were produced during those two days, the responses of which generated a social sharing frenzy that garnered millions of additional views for the Brand.

Because of their solid, creative, persona development and personal connection with consumers, Old Spice continues to gain substantial views year after year, of their commercials and their personalized responses. We miss the way this brand identified with its consumer by connecting directly with them over social media. And of course, who wouldn’t miss seeing Mustafa’s rock hard abs every evening?

Apple has long been applauded for its genius when it comes to marketing campaigns because of the impact and virality of their ads. Over the years Apple has taught us that you don’t need to be feature heavy, or even showcase your product at all in order to be successful.

In 2003 Apple turned out a campaign for their iPods that featured silhouettes of people dancing against bright solid backgrounds while holding iPods and listening through the iconic white earbuds. These ads were remarkable in that they never really showcased the product, but instead played off the cultural expression of music while keeping the images so simple they would make anyone take notice.

We miss the fun, lighthearted, simplicity of this campaign in an over-cluttered world of too much advertising. We also miss the clean, easy on the eyes billboards with bright happy colors and one silhouette human image that conveys more than 500 words ever could.

This campaign hasn’t been gone very long and we miss it already. In 2011 Volkswagen introduced its new 2012 Passat by showing a small boy dressed as Darth Vader trying to use the “force” on various items. He is unsuccessful until he tries it on the Passat, which roars to life when the child’s dad secretly uses the remote start from inside the house.

We miss the sweet innocence this commercial embodies while reminding us of our children or perhaps our own childhood. It connects us to our own humanness and brings back memories of things we once wanted to believe in.

In a brilliant bit of nostalgic marketing, Honda created a two and a half minute commercial starring Matthew Broderick in early 2012 that paralleled the iconic movie Ferris Bueller’s Day Off. Honda released teasers prior to the full ad run to generate buzz and the spots went viral.

The campaign rode on the coat tails of the beloved movie, generating instant support and intrigue from fans across the globe, causing some to even speculate on whether or not the teasers were going to introduce a sequel to the movie. Not only do we miss the movie, but we miss this campaign for making us miss the movie and taking us back 25 years to something all too familiar.

In 1995 Budweiser began a campaign that would continue in one way or another for nearly two decades and is still considered one of the best Super Bowl ads of all time. The commercial, originally aired during the 1995 Super Bowl, featured three frogs sitting in a swamp bringing together the sounds “bud” “weis” and “er”.

This simple, humorous spot was an instant hit and has sparked numerous parodies and references over the years. The frogs gave Budweiser an unforgettable mascot, and though we love the beautiful Clydesdale horses portrayed in today’s campaigns, sometimes we miss those slimy, somewhat obnoxious amphibians that had everyone repeating the Budweiser name.