Disproving Best Practices: The One- vs. Two-Column Form Test

A few months ago, I took the stage at Digital Summit Dallas to talk about blog conversion rate optimization (CRO). The session right before mine was led by Unbounce Co-Founder Oli Gardner -- a household name for those of us in the CRO industry. Needless to say, it was a tough act to follow.

What's the Beef With Two-Column Forms?

Oli isn't the only one to frown upon the use of two-column forms. Baymard Institute, a usability research company, published this a few years back, and ConversionXL Founder Peep Laja has also asserted that one-column forms perform better.

But Oli's advice to avoid multi-column forms originally caught my attention because we had just redesigned HubSpot's demo landing page, one of the most important landing pages on our website, and switched from a one-column to a two-column form in the process.

The thing that stuck out to me was that in switching to two columns, we had actually improved the conversion rate of our page by 57%. Now to be fair, the form wasn't the only variable we manipulated in the redesign (we refreshed the design and made some copy tweaks as well), but it still made me wonder whether two-column forms were really all that bad.

So I put it to the test.

The One- vs. Two-Column Form Test 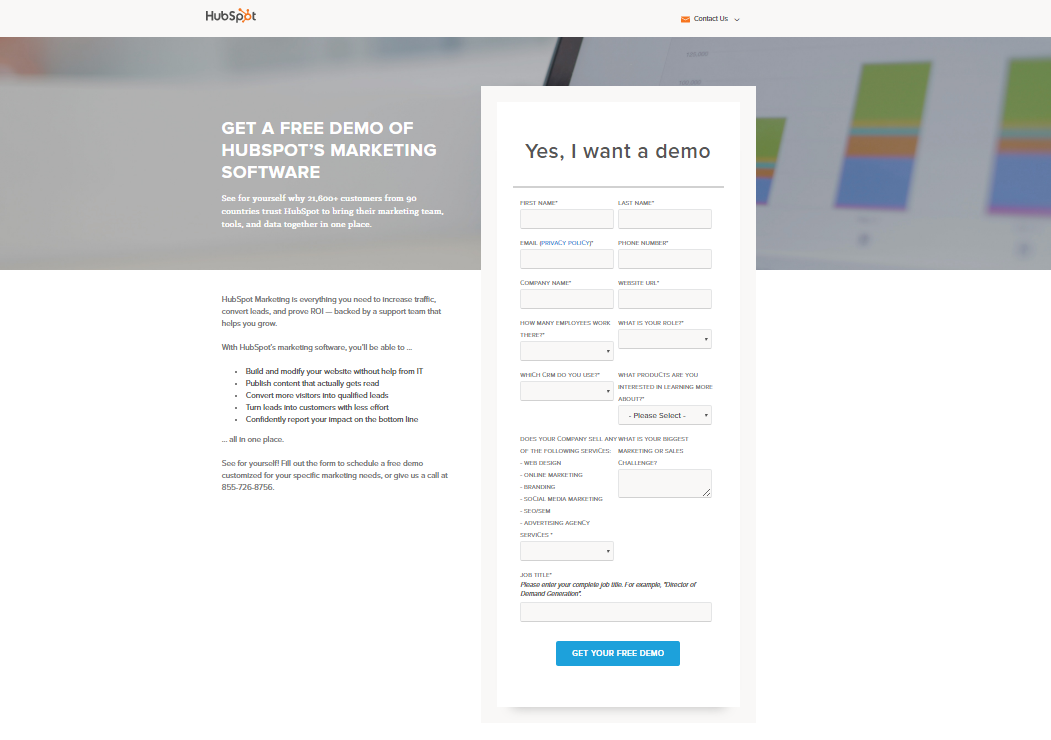 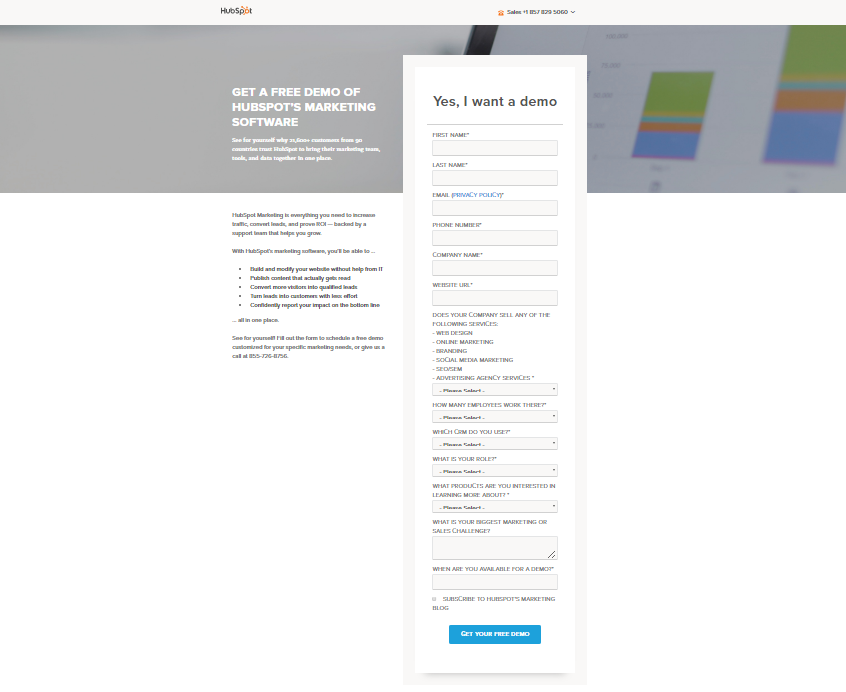 So "best practices" aside, which do you think performed better?

Surprised? I wasn't. Just look at the length of that one-column form! Yes, HubSpot's lead-capture forms are long (13 fields to be exact), but they're long by design. Through our experience, we've learned that having more fields helps us better qualify our leads, and weed out unqualified ones.

But a 13-field form doesn't exactly lend itself to a one-column design, which is why I think for us, the two-column form works better. The theory is that the one-column form, despite having the same number of fields, looks longer, so visitors are much more likely to get scared off before completing it. 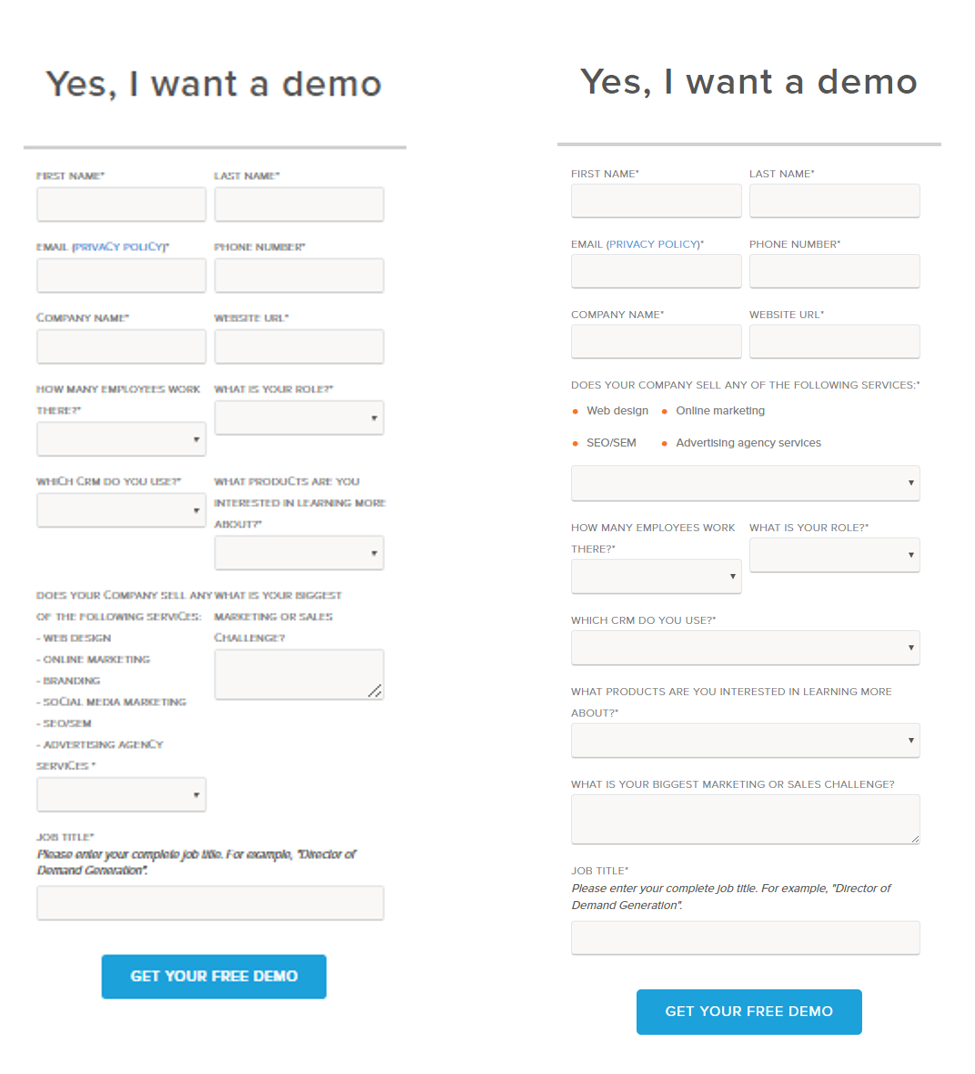 Any CRO worth their salt knows there's really no such thing as best practices, and that everything should be tested yourself (which, coincidentally enough, was a major theme in the talk I delivered after Oli's).

In fact, Oli and Peep will be the first ones to tell you that while they may share certain CRO findings and trends from their experience, there are no sure things. That's why testing things for yourself is so important. What might work better for one site, might not necessarily work better for yours -- that's fundamental to CRO.

And in my opinion, running those tests to figure out what works for you is what makes conversion rate optimization so much fun. Especially when the results challenge what the experts say ;-)