Everything Our Paid Team Learned From Attempting a Reddit Advertising Strategy 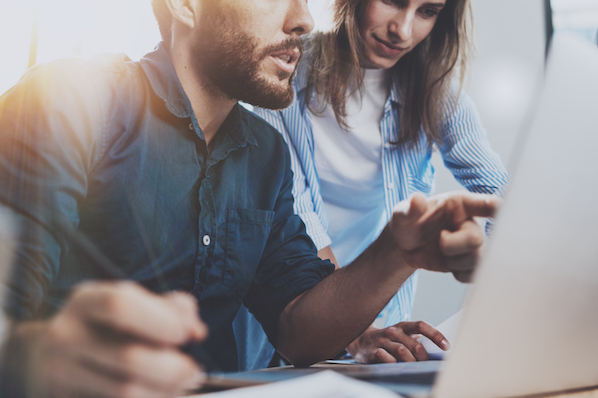 With a ranking as one of the top ten most popular sites on the internet, Reddit is undoubtedly an intriguing channel for advertising purposes.

However, the site can often seem intimidating, and perhaps even too random to create a cohesive advertising strategy. Plus, since its primary purpose is to expose viewers to the top-trending content of the moment, Reddit users are notoriously anti-marketing.

Regardless of its challenges, its potential advantages proved too good an opportunity to pass up. At HubSpot, we decided to implement a strategy to see for ourselves whether Reddit can serve as a promising channel for the future.

Here, learn what our team figured out about advertising on Reddit, and whether it's worth the attempt for your own company.

1. Identify subreddit topics which are well-aligned with your target audience.

To investigate the benefits of advertising on Reddit, I first spoke with Josh Chang, a Senior Marketing Manager at HubSpot. He told me HubSpot's initial strategy on Reddit involved highly targeted campaigns on specific subreddits, including r/entrepreneur and r/sales.

"The goal of the campaign," Chang explained, "was to drive awareness and conversion for our products. In terms of results, we saw cost-per-acquisition similar to what we've achieved on Facebook in North America, although we did notice a lower activation rate from Reddit -- suggesting lower-quality conversions."

If you're interested in testing out a campaign for yourself, then, you'll want to start by identifying subreddits which can likely help foster genuine connections between your brand and your ideal audience. Consider topics your target audience is most interested in, and make a list. Then, narrow your list by investigating how many subscribers each subreddit topic has, whether it's relatively active, and whether self-promotion or sharing content is allowed on the subreddit topic.

Chang told me, "One of the main things we learned was targeting subreddits specifically was much more effective than broader interest targeting. However, this strategy requires a lot of research, and getting to know which subreddits are most relevant to your audience."

2. Begin engaging with your subreddit communities.

Once you've cultivated a list of subreddits that are likely of interest to your target audience, it's time to start engaging with those subreddit communities.

However, it's critical you don't begin by promoting your own content.

To build a level of trust and authentic connection, begin by upvoting other submissions you find interesting and that align well with your brand. Next, share valuable content -- but not your own. Instead, post interesting content produced by other media outlets or blogs that you believe will be useful to your subreddit community.

It's vital you genuinely use the Reddit platform as an opportunity to get to know your target audience before you offer them your own content. Not only will this show your community you're not simply joining the site to self-promote, but it will also help you tailor your content more accurately down-the-road.

3. Begin promoting your own content, paid or otherwise, on the subreddit platforms.

At this point, you might consider simply posting valuable content from your company that you feel will benefit your community -- for free. 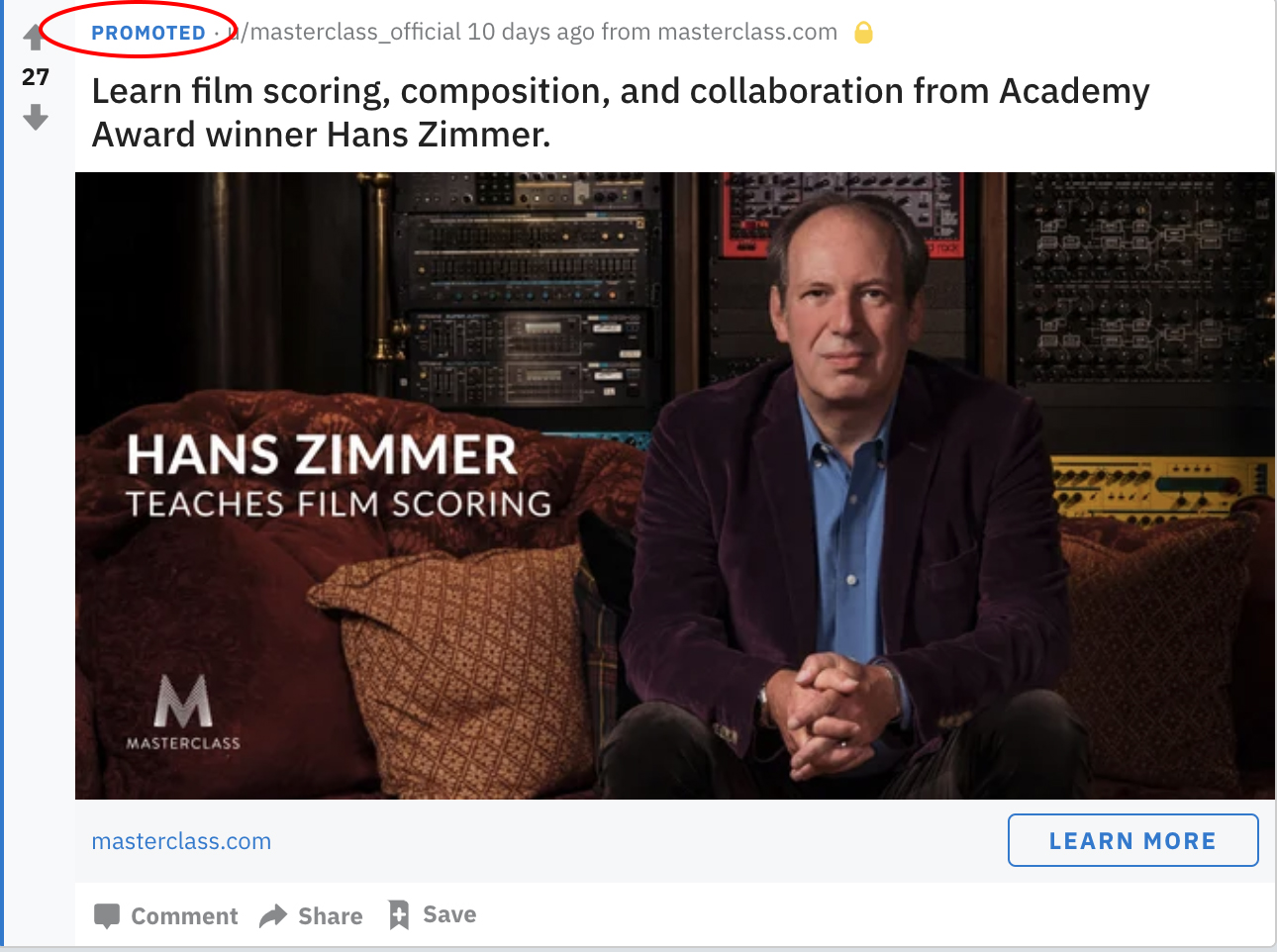 In many ways, this post looks similar to all other Reddit content. However, there's a blue "Promoted" tag in the top left, signifying it's a paid ad.

In HubSpot's case, we decided to test out the power of paid advertising on the site. However, it's still critical you follow the steps listed above to cultivate authentic relationships with your subreddit communities.

Think of it this way -- if I begin engaging with a brand on one of the subreddit groups I've joined, and notice they typically post helpful content (including content from other publications), then I'm much more likely to take notice when they pay for a sponsored post. If they appear out of nowhere, I have no sense of brand awareness and probably won't trust the advertisement.

As of right now, the minimum daily spend for an ad on Reddit is $5.

However, as of January 2019, Reddit changed their pricing model from CPM (cost-per-impression) bidding to CPC (cost-per-click). The CPC model will likely make it easier for brands to track conversion or traffic goals, and could result in changes in prices over time.

When I asked Chang whether he felt advertising on Reddit is a worthwhile investment, he offered a candid response, admitting HubSpot has temporarily halted its efforts on Reddit.

"We saw promising results," Chang told me, "But because we were targeting specific subreddits, it wasn’t crazy volume that could really move the needle. However, we have on our docket to re-test Reddit to see if we can improve performance and scalability in the future."

It's important to note, there have been success stories -- Findlay Hats, for instance, drove $28,000 in sales from one viral Reddit post.

However, most brands see better results simply by relying on Reddit for community engagement and brand awareness. Alex Berman found one of his free, unpromoted videos got 25,000 views when it hit the top of a subreddit -- but, when he put $250 behind his Reddit posts, he acquired zero leads.

Ultimately, it's worth considering using Reddit as a platform for sharing content for the sake of helpfulness and audience engagement, rather than as a cost-effective advertising strategy.

What Is Contextual Targeting, in the Context of Ads?

The Ultimate Guide to PPC