What a Real Relationship in Social Media Should Look Like [INFOGRAPHIC] 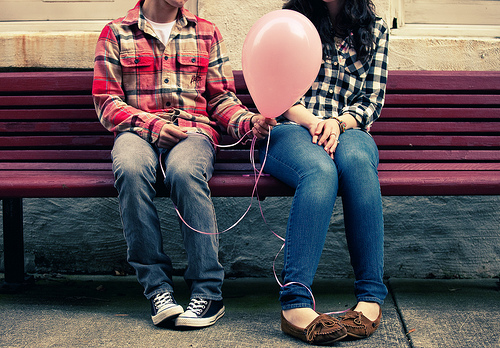 The promise of social media was once "one-to-one engagement" and "relationship building" ... but somehow "building a relationship" in social media has morphed into blasting messages at as many people as possible and hoping someone is attracted.

How the heck did this happen? In the "offline" world, the "spray and pray" approach never works. Imagine if Romeo went up to Juliet at that first party and just started shouting why he was perfect for her and that they needed to get married before it was too late. What if Gatsby blasted Daisy’s house with letter after letter about how they needed to rekindle their relationship?

Now we know that these examples are both from literature, not real life, so you must be wondering ... are genuine social media relationships even possible today? The answer is yes -- and we've got a real-life example to prove it. By truly engaging with someone in social media, one company was able to turn a happy customer into a passionate evangelist.

Have you heard about the time Morton's Steakhouse sent Peter Shankman a steak at the airport after a long flight? Although it happened a few years ago, it's one of the best examples of going the extra mile to develop real relationships with customers through Twitter. If you're not caught up, here's what happened:

Peter Shankman (founder of Help A Reporter Out, social media marketer, and steak lover) had a long day. He woke up at 3:30 a.m. and flew to Miami for a lunch meeting, only to catch the 5 p.m. flight back. While boarding his flight back, Peter started craving food from one of his favorite restaurants, so he jokingly tweeted:

Hey @mortons - can you meet me at newark airport with a porterhouse when I land in two hours?K, thanks. :)

To Peter’s surprise, as he walked toward his car, he was met by a man in a tuxedo. The man worked for Morton's Steakhouse. He had brought Peter a Porterhouse steak, an order of Colossal Shrimp, a side of potatoes, and bread.

Talk about going above and beyond for your customers! Even though Morton's knew it had Peter's business already, the restaurant went the extra mile to delight him and strengthen their relationship -- all from one tweet. Now that’s a great example of how you can use social media to delight a customer.

The Social Part of Social Media: A Love Story

Have you encountered any true, human, relationships on social media? Do you have ideas for how to create them? Share your thoughts with us in the comments!