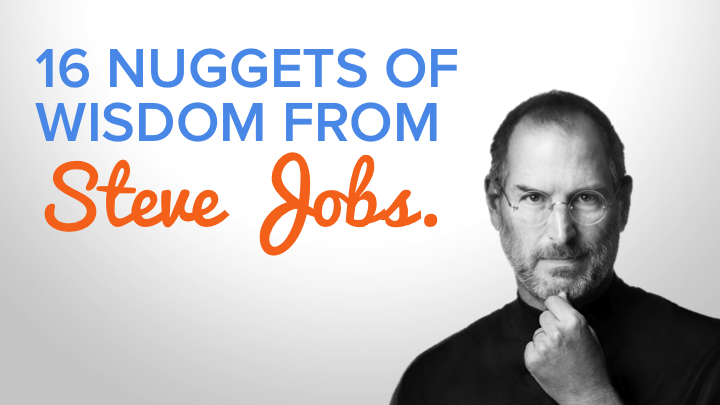 Steve Jobs led an incredible life. He co-founded Apple Computer in 1976. In 1985, the board threw him out of his own company. In 1996, they brought him back to save the place, which was in danger of going out of business. Over the next 15 years, Jobs led the most amazing turnaround in corporate history. He created the iPod and iTunes, which revolutionized the music industry. Then came the iPhone, which tipped the mobile phone business upside down. And then the iPad, which introduced a new kind of mobile computing and an entirely new business model. 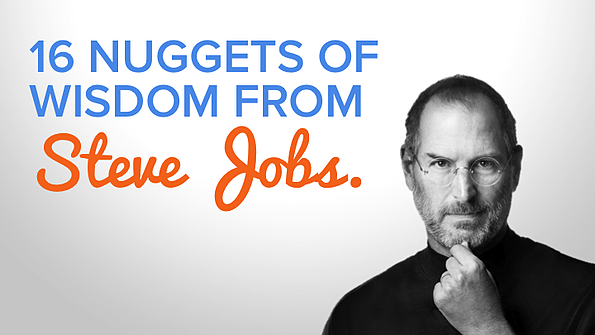 The remarkable thing is that in the last years of his life Jobs was battling with cancer and quite literally fighting to stay alive. You might imagine that a guy in that situation, especially someone as reflective and intelligent as Jobs, might have some interesting and inspiring things to say. And you'd be right.

Here are some of the best quotes from Steve Jobs that I personally love, and I thought inbound marketers would find inspiration from, too.

Words of Wisdom From Steve Jobs

1) "It's really hard to design products by focus groups. A lot of times, people don't know what they want until you show it to them." (Tweet this quote!)

2) "Simple can be harder than complex. You have to work hard to get your thinking clean to make it simple. But it’s worth it in the end because once you get there, you can move mountains." (Tweet this quote!)

3) "You can’t con people in this business. The products speak for themselves." (Tweet this quote!)

4) "When you’re a carpenter making a beautiful chest of drawers, you’re not going to use a piece of plywood on the back, even though it faces the wall and nobody will ever see it. You’ll know it’s there, so you’re going to use a beautiful piece of wood on the back. For you to sleep well at night, the aesthetic, the quality, has to be carried all the way through." (Tweet this quote!)

5) "Quality is more important than quantity. One home run is better than two doubles." (Tweet this quote!)

6) "The computer is the most remarkable tool we’ve ever come up with. It’s the equivalent of a bicycle for our minds." (Tweet this quote!)

7) "I would trade all of my technology for an afternoon with Socrates." (Tweet this quote!)

10) "Getting fired from Apple was the best thing that could have ever happened to me. The heaviness of being successful was replaced by the lightness of being a beginner again. It freed me to enter one of the most creative periods of my life." (Tweet this quote!)

12) "Being the richest man in the cemetery doesn’t matter to me. Going to bed at night saying we’ve done something wonderful ... that’s what matters to me." (Tweet this quote!)

13) "My model for business is The Beatles. They balanced each other and the total was greater than the sum of the parts. That’s how I see business: great things in business are never done by one person, they’re done by a team of people." (Tweet this quote!)

14) "I don’t really care about being right, I just care about success. I don’t mind being wrong, and I’ll admit that I’m wrong a lot. It doesn’t really matter to me too much. What matters to me is that we do the right thing." (Tweet this quote!)

15) "Remembering that I’ll be dead soon is the most important tool I’ve ever encountered to help make the big choices in life. Remembering that you are going to die is the best way I know to avoid the trap of thinking you have something to lose." (Tweet this quote!)

16) "Your time is limited, so don’t waste it living someone else’s life." (Tweet this quote!)

Which one of these struck you the most? Share your favorite in the comments below.