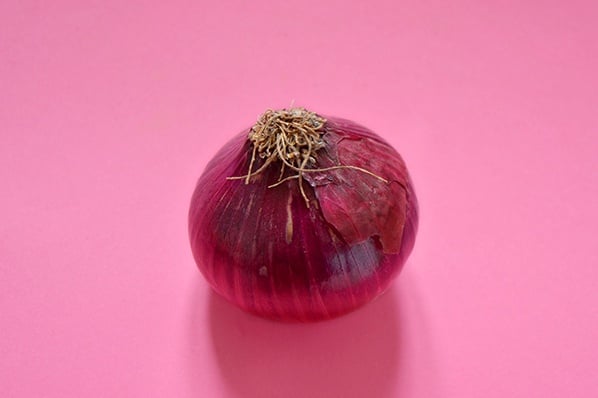 “If you want to create a great piece of writing, you have to be in total control of the reader’s experience,” said Scott Dikkers, The Onion’s founding editor and longest-serving editor-in-chief.

During his tenure, The Onion evolved from a local print magazine in Madison, Wisconsin, into a satirical juggernaut. Today, it’s a globally renowned media house with nearly 20 million social followers and over 10 million monthly visitors.

We were speaking over the phone. I was interviewing Scott to better understand his approach to writing, the process he uses to engage and connect with readers.

“The reader is a puppet and the writer is pulling the strings,” said Dikkers.

“The writer’s job is to manipulate the reader’s emotions, to push their buttons — and if you don’t know what you’re doing, you’re never going to succeed, whether you’re writing satire or anything else.”

Needless to say, if anybody knows how to write great content — content that readers can’t help but to consume, share, and come back to again and again — it’s Scott Dikkers. He grew The Onion from a seed in the dirt to a brand that commands attention around the world.

This article is about the writing principles that enabled his success.

The Onion is a humor publication. Its content is satire. That is, the jokes have something to say about the world, about society, politics, and people with power.

Over the years, Dikkers has punched up and published thousands of articles that have made readers laugh — and think. And like any professional editor, he’s maintained his standards by following a set of guidelines.

In his book, How to Write Funny, Scott details his process, explaining how to create hilarious writing at an elite level. And while some of his techniques are specific to crafting jokes, many are also applicable to any writing discipline.

Dikkers and other talented humorists are playing by the same engagement rules as are copywriters and content marketers.

In other words, the tenants of humor writing are transferable to lead-gen articles and columns, landing pages and emails, web pages, video scripts, and speeches.

Because every writer’s goal is identical: control the reader’s experience.

When you have control, you have leverage to deliver the message in an engaging and compelling way, a way that sells. And whether you’re selling a product or a service, a belief system or a joke, following these writing principles will help you reliably hook, engage, and compel readers.

Ready for a master class? Let’s dive in …

For a long time, The Onion was a physical weekly newspaper distributed for free on the street. So, in the early days — before anyone cared enough about the brand to seek it out — the success of every issue hinged on the strength of its headline.

“I knew we had to grab people’s attention with the concept, the headline,” said Dikkers. “I knew we had to put the joke first so that people were laughing before they even picked up the paper.”

Decades later, the internet has only reinforced this principle.

“We live in an attention economy where there are billions of online articles to read,” said Dikkers. “But when the headline really speaks to you — when it addresses a personal problem or promises to answer a burning question — you’re going to click it. You’re going to read that article.

“Your concept — and I would equate that with your headline or title — is the flag you’re raising, it's the shingle on your door. And if it’s not a good concept or the right concept, then you’re sunk before you’ve even written a word.”

How do you know what the “right” concept is? Start with your target audience:

What pleasures are they seeking?

What pains are they trying to assuage?

2. The key to quality is quantity.

“Basically, 95% of everything we create is garbage.”

When The Onion grew to about six or seven staff writers, each one was expected to bring 20 headlines to a weekly brainstorming meeting.

“We quickly realized that the quality of our ideas increased with the number of ideas people brought in,” said Dikkers. “When you have six high-performing comedy writers coming up with 20 ideas each, you’re gonna walk away with a dozen headlines that are just solid, I mean really funny — and that practice is still in use at The Onion.”

Today’s team examines several hundred headlines every week, picking only a dozen or so for publication. Late-night talk shows follow the same strategy: selecting their best monologue jokes from a place of abundance.

“This is how professionals work,” said Dikkers, “because they understand that most of what they write is dreck.”

“The shorter the better.”

Superfluous words take up space, slow down the reader, and dilute the message.

“Any time I edit a joke, I look for ways to reduce,” said Dikkers. “Cutting even a single syllable can make the joke punchier, better.

“But this applies to all kinds of writing because when you trim the fat, you get to the core of your message. And sometimes, after you’ve cut everything, you could realize that you weren’t really saying anything at all — and while that realization might be sad, it’s also very valuable.

“Because if you don’t have a message, why are you writing in the first place?”

“This is how your message will stand the test of time.”

Satire is divided into a couple categories, which are based on two ancient Roman satirists: Juvenal and Horace.

Horatian satire, generally, is not offensive. It’s acceptable to all strata of society because it’s relatively gentle and light-hearted, designed to amuse people and get a laugh. It’s foolish and innocent and superficial, like a court jester.

Juvenalian satire, on the other hand, pushes buttons. It addresses perceived social evils, poking holes in the status quo. It defends the marginalized and speaks truth to power. It’s bitter and dangerous and important, like 1984.

“Thing is, Horatian satire isn’t really remembered because it’s toothless,” said Dikkers. “It might get a lot of laughs today but it’s not going to live in our cultural memory. Only satire that angers or offends people will be remembered.”

What is your content’s message? What’s your goal?

If you get so attached to an idea (e.g., a headline; a turn of phrase) that you’re unwilling to 1) hear feedback on it and 2) move onto something new, then you’re “in love.”

This happens a lot, especially to new writers with a small body of work. After all, the less work you have to your name, the more weight each new idea holds.

“When a writer has just one idea, it causes their soul to feel crushed when someone critiques that idea in a way that makes them doubt it,” said Dikkers. “They link that idea with their personality and, in turn, take any feedback as a personal slight against them.”

Avoid falling in love with any one idea. It’s unproductive, a distraction that’ll keep you from giving the audience what they want or need.

Serve your readers, not yourself.

Specificity doesn’t necessarily call for verbosity. Instead, it demands clarity: crisp imagery that uses one or more of the five senses to paint a mental picture.

The Catcher in the Rye, for example, is saturated with specificity:

He came over and stood right in my light. “Hey,” I said. “I’ve read this sentence about twenty times since you came in.”

Notice how Salinger gives the reader incredible context — how he illustrates a clear physical and metaphysical image — using only a handful of words.

“Whether you’re writing humor or anything else, the same rule applies: use specific detail,” said Dikkers. “These little pieces of specific detail are critical because they help the author paint a picture that enables the reader to feel an emotion.”

And almost all writers should strive to conjure an emotional response, as it’ll compel people to take action: to laugh, to hit the like button, to take out their credit card and make a purchase.

“It’s a mode of conveying professionalism.”

Mistakes, even little ones, set something off in an editor’s brain — and it’s never anything good.

“When it comes to submitting — because many people get jobs in comedy by submitting a packet of jokes or sketches — you might’ve done all the hard work of learning how to write comedy and you’re perfect for the job,” explained Dikkers, “but if you don’t take the time to proofread it for grammar and spelling and syntax, there are plenty of other qualified, hilarious people who will. And they’ll get hired.

“Proofing your work is an easy way to increase your chances of achieving your goal, whether that’s connecting with readers or getting a life-changing job.”

“You’re going to be so much more effective at engaging an audience if you do.”

This concept can tie a knot in your brain because, as a writer, all you do is “tell” the reader things, right? How can you “show” people something by merely using black letters on a white page?

Using an example, analogy, or any number of literary devices is just a better way to communicate information. It paints an image that conjures a feeling, an emotion — and that’s what readers want.

“If you want to write engaging content,” said Dikkers, “you need to take one step back, hide your message, and instead just show what you think and feel. Let the audience get there on their own.”

“Your writing needs to be understandable to just about every level of reader.”

If your writing is too dense, too complicated or confusing, most people won’t read it. As a writer, the onus is on you to compel people to read.

“Your work needs to reference things that people can understand without caveats or prerequisites,” said Dikkers. “It should be an easy-on ramp to the superhighway of your writing.”

Authorial intent, or the need to interpret the underlying meaning of an author’s work, has no place in the attention economy. As a 21st century writer, your priority is to ensure the audience understands you — and if they don’t, it’s your job to think, How can I make this more clear?

10. Know your joke and make sure the reader knows your joke.

“Always be in control.”

When you give a speech, you’re supposed to say what you’re going to talk about, then you talk about it, and then, at the end, you tell the audience what you talked about. In other words, be explicit. Make sure your point is unambiguous.

Of course, this principle applies to all writing.

“As a humor writer, you have to know your joke’s subtext,” said Dikkers. “You have to know what funny filters you’re using to elucidate that subtext and how you’re organizing your joke to make sure the audience is laughing at the right thing and time.

“You need to control as much of the experience as possible in order to make it all work.”

This is also true for copywriters and columnist, novelists, screenwriters, and playwrights. In fact, writers in every discipline must understand their topic, their audience, and the purpose behind their work.

Without that information, the puppeteer is pulling strings in the dark.

I turned up the volume on my phone.

“Readers want to know they’re in the hands of a master who is going to manipulate them,” he said, “the way Spielberg does in his movies. He takes you on a ride, through the highs and lows.

Want more world-class writing advice from Scott Dikkers? Click HERE to preview his book, How to Write Funny, one of the best writing manuals I’ve ever read.

10 Common Copywriting Templates to Use in Marketing