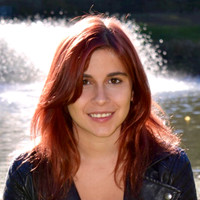 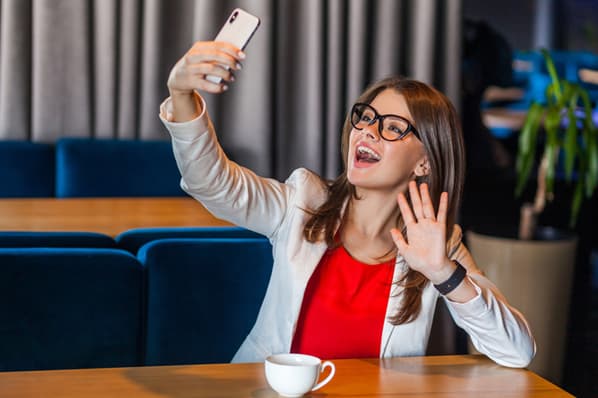 If you feel like the app TikTok came out of nowhere, you're not wrong.

Since launching in early 2018, TikTok's been covered by seemingly every major news publication and racked up millions of downloads globally.

Despite TikTok's major early success, the app still feels like a bit of a mystery, especially to marketers. In fact, until recently, its parent company, ByteDance, hasn't disclosed many metrics at all.

In TikTok's first year, all we really knew was that an odd-ball video app was going viral, topping global app store charts, and gaining a huge fanbase from Gen-Z.

But now, shortly after TikTok's first birthday, we know a lot more about it as sites like Digiday, AdWeek, and our own Marketing Blog regularly cover it.

Even if you still aren't quite sure what TikTok is, you've probably seen a video meme on social media that was created and published in the app first. Here's one for example of a TikTok post which went viral on Twitter:

Now THIS is a tiktok I could watch all day pic.twitter.com/u1dBkH2OAa

When making decisions about your social strategy, you're probably more interested in numbers than virality as proof of an app's staying power.

As someone who's gotten sucked into the app, blogged multiple times about it, hearted hundreds of posts, and even made a few embarrassingly mature videos of my own, I'm fairly certain that this platform will stick around for quite some time. But, luckily, with mounting data on TikTok, you don't just have to take my word for it.

To help you make informed decisions about your strategy and whether TikTok is right for your brand, I've compiled a list of 26 interesting stats and facts to know before venturing on to the app.

Within TikTok's first year, it reportedly reached 500 million monthly active users. Wondering if this was just a fluke or a viral trend that will simmer down? Think again. According to TikTok and its company heads, the audience might be larger and more promising than we think.

While TikTok's user base is dominated by Gen-Z in the United States, many millennials have adopted it around the world.

And, although it might feel like TikTok is huge in the U.S., the app's biggest audience actually comes from China, where the platform is called Douyin.

TikTok is a fast-paced app. The second you log in, you see a video at the top of a feed that's algorithmically curated around your interests. If you enjoy the video you're watching, you can follow, comment, and like the content directly from the video post. If you're not loving what you see, you can keep swiping in an upward motion to immediately see more odd videos.

From my own experience, I've found that TikTok can easily cause you to spend more time than expected watching an endless stream of often comedic videos. Since these videos are usually between 15 seconds and one minute, it makes the app ideal for people who need quick entertainment on their morning commute or when they're bored at home.

Because of TikTok's quick pace and entertainment factor, the stats below aren't that surprising:

Viral Trends and Influencers on TikTok

Like YouTube, Vine, Instagram, as well as other past and present video apps, TikTok has opened doors for influencers, comedians, meme creators, and even some brands. While it's still a bit too early to see how successful its influencers and trends will be in the long run, here are a few interesting tidbits:

Here's a compilation of TikTok's #CowboyChallenge where people wearing normal clothing cut to themselves in cowboy costumes to the song "Old Town Road."

The launch of TikTok not only put its parent company, ByteDance, on the map, but it also resulted in competition from apps like Facebook, which launched a very similar app called Lasso shortly after TikTok went viral. While TikTok and ByteDance are less transparent about revenue and other major details, here's what we know:

The Mysteries of TikTok

Although TikTok is a top social platform and is ramping up its options for advertisers, it's still rather new. When a company or startup is new, it's not uncommon for leadership to hide early numbers, even when a brand is successful. In fact, we've seen this with other major companies like Snapchat and Netflix.

There's still a lot more to learn as TikTok's global teams and ByteDance continue to remain hush-hush about major metrics. In the coming years, as TikTok tries to woo advertisers, it wouldn't be surprising if we started to see more transparent information about the app and its user base.

In the meantime, If you want to learn more about TikTok, you can read up on its short history and early success in this post, or click here to find a how-to guide for using the app.

Want to see what other businesses are doing on TikTok? Check out this roundup of brands on TikTok.