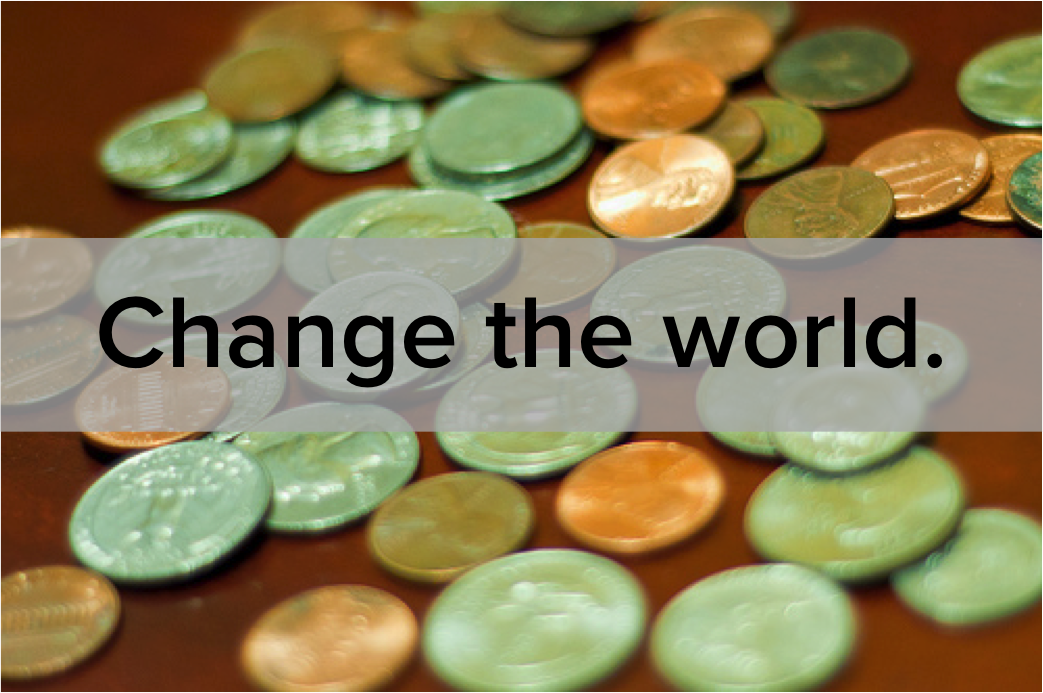 Since 2007, the online petition platform Change.org has had more than 224 million online signatures in 196 countries to support and drive change in national, state, and local government legislation and corporate policies.

The platform itself not only makes it easy for individuals and organizations to set up their petitions, but it also allows those who sign petitions to connect on Facebook and share their support through social media. This is the key to getting a petition to go viral, even if it’s just within a few individuals' networks. 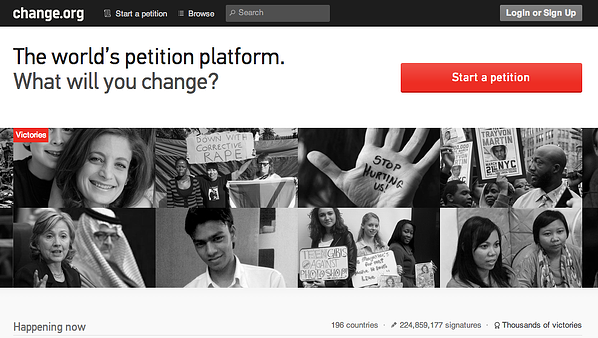 Signing a petition is a low level of commitment and also the number-one action Millennials took on nonprofits' websites in 2012. Once you sign a petition, you periodically receive emails from Change.org about other relative petitions you may also like to support.

Here are nine campaigns that used Change.org to gain support for their online petitions and were deemed victorious.

After major media networks all over the world reported on the poor conditions in Apple’s factories in China, an avid Apple fan and customer petitioned for better conditions for workers.

The petitioner asked Apple to release “a worker protection strategy for new product releases” and for the company to “publish the results of the Fair Labor Association’s monitoring” on suppliers, which should include the “names of suppliers found to have violations and what those violations are.”

This petition was asking for change in policy and regulation as well as transparency from one of the world’s biggest brands. With over 256,000 signatures, Apple listened to those backing the cause and agreed to the petition’s requests.

During sumer 2012, a teenager was sick of seeing girls her age in Seventeen Magazine who were digitally altered to look skinnier. Feeling that these images made girls her age feel like they don’t fit the "criteria" for what is deemed pretty, "leading them to eating disorders, dieting, depression, and low self-esteem at a young age," she decided to act.

With approximately 86,000 signatures, the magazine announced it would no longer Photoshop teenage models. This petition sparked another one, sent to Teen Vogue, that asked the publication to stop Photoshopping its models as well. This particular petition gained almost 56,000 signatures.

You may remember that, back in 2011, Bank of America announced it was going to start charging customers $5 a month for using their debit cards. A 22-year-old working multiple jobs, though, began a petition on Change.org that requested the bank forgo the monthly fee -- and she got the change she wanted.

Bank of America garnered negative national media attention when the fee was announced. Within one month -- and thanks in part to 306,000 petition signatures -- Bank of America announced it would drop the new banking fee, causing all other major banks to follow suit.

A Michigan high school student petitioned the Motion Picture Association of America to change the rating of a documentary on bullying from R to PG-13 so that middle and high school students, the most common victims of bullying, were able to view it in theaters. After more than 500,000 people signed to a Change.org petition, the MPAA lowered the rating of the movie "Bully" to PG-13, in turn allowing a wider audience to view the documentary.

In August 2012, three high school girls expressed they were appalled to hear there had not been a female moderator for the presidential debate in 20 years. These girls decided they wanted that to change that.

They petitioned the Commission on Presidential Debates and received over 122,000 signatures of support. When they brought the petition and signatures to the Commission, they were turned away.

So, they started a second petition -- one given to the campaigns of President Barack Obama and Republican candidate Mitt Romney -- to get more attention for their cause.

Roughly 58,000 additional signatures and a few weeks later, the first female moderator in 20 years -- CNN's Candy Crowley -- was announced for the second presidential debate of the 2012 election.

Saudi Arabia is the only country in the world where woman are not allowed to drive. After then-Secretary of State Hillary Clinton declined to publicly support women’s right to drive there, the organization Saudi Women for Driving petitioned Clinton in June 2011 to do so.

The outcome? Well, 22,000 signatures were obtained and "Hilary Clinton reversed her stance and became the highest-ranking official to publicly support women driving in Saudi Arabia."

The Humane Society of the United States has been pressuring for more legislation on regulating puppy mills across the country for years.

With more than 99,000 signatures on the HSUS' petition to Congress, “the U.S. Department of Agriculture announced ... it will ensure that large-scale breeding facilities that sell puppies over the internet, by phone, or by mail are licensed and inspected regularly for basic humane care standards.”

A short -- but nonetheless important -- petition was sent to Miami Mayor Carlos Gimenez and the Miami-Dade Board of County Commissioners to uphold the commitment to fully fund the public libraries in the county. With just 330 signatures, the Board voted 11-2 to uphold their commitment.

This victory helps further educate the public about the power petitions can have and shows that it doesn’t take thousands of people to fight for (and win) something they believe to be important to their community.

In its first 10 weeks, the petition received 1.4 million signatures.

According to Change.org: “By utilizing promoted sponsored campaigns on Change.org, these organizations increased the number of people voicing public support for the Carbon Pollution Standard to the EPA by 300% for a total of 2.1 million comments. This is the largest number of signatures and comments submitted to any federal regulation in U.S. history."

These campaigns were successful for several reasons -- the most important of which is they leveraged the viral nature of social media and the power of online petitions to draw attention to their causes.

These petitions were able to raise considerable awareness and media attention by empowering their supporters to have a voice with the simple action of a virtual signature.

Petitions can be used by a variety of groups, including nonprofit organizations looking to not just raise money, but to make real change in the world.

How does your organization use petitions to raise awareness and advocate for change? Let us know in the comments section.