6 Lessons to Help You Launch a Product Like Apple 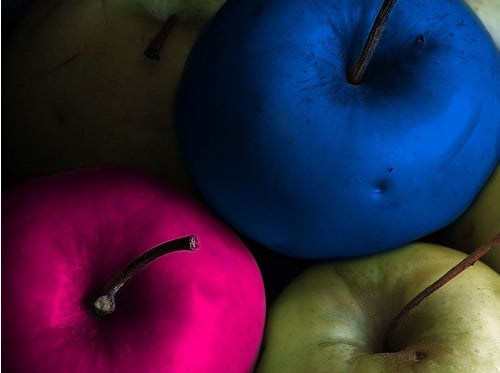 For new product marketers out there looking to make a splash, I thought it might be worth examining the company that is arguably the best in the world when it comes to launching new products, to see how they do it.

I'm talking about Apple, which yesterday held a long-awaited and widely covered event in San Francisco to announce two new iPhone models, the iPhone 5S and the iPhone 5C.

As usual with Apple, this was an event that went off pretty much perfectly, ran for 90 minutes, and was capped off with a concert by Elvis Costello.

What lessons can we learn? Here are six things that spring to mind.

Then rehearse some more. The thing about Apple events is that they are perfectly scripted, everyone hits their marks, and the show begins and ends exactly on time. And the whole thing feels effortless. How do they do it? They practice. A lot. And they start early. If you're holding an event to introduce a new product, start doing walk-throughs a week before the big day. Do it over and over again, until you can do it in your sleep.

You can't just roll out a product. You need to attach that product to a bigger story.

What's Apple's story? Apple CEO Tim Cook likes to say that Apple isn't trying to make the most products -- it just wants to make the best product it can possibly make. Yesterday's announcement fit that story. Apple is pushing the iPhone ahead with the 5S model, which is the most advanced phone yet from Apple. And while the 5C is a less expensive model, it's by no means cheap -- it will cost more than $500 without a contract. The signal from Apple is that the company has no desire to play in the low end of the market, and is happy to focus on the premium end of the market. Think BMW rather than Volkswagen.

Focus on customers, not just prospects.

The iPhone 5C may be aimed at new customers -- people who have never bought an iPhone before. But the 5S is made for Apple loyalists, the folks who buy every new product from Apple, just because. For those customers, Apple just needs to add a few incremental improvements. A while ago it was Siri. This year's new toy is a fingerprint sensor to unlock the phone, and a new, faster chip. Oh, and a model that comes in gold. Hardcore Apple fans are already saying the first two features (the sensor and the new processor) will be enough to make them upgrade. I'd guess a lot will buy the gold model so that everyone will know they've got the new one, not the old iPhone 5.

Try to build some suspense.

This is not so easy to do when you're a tiny company and nobody cares what you're announcing. Guess what? It's also tough for Apple. Weeks before the announcement everybody pretty much knew what Apple was going to announce. Nevertheless, Apple kept silent. It didn't address any rumors. When you're in the weeks leading up to a big announcement, you need to do the same. Clamp down on leaks. No hints on Twitter! Even though a lot of rumors had been swirling, when Apple CEO Tim Cook walked on stage, nobody knew for certain what he was going to announce. That was good enough.

Be ready to deliver more information on the product via your website.

This sounds obvious, and I suppose it is, but as soon as Apple finished its event, its website was running more detailed information about the new products. The Apple homepage was taken over by full-page adverts for the new phones, with simple, high-impact images and quick links to a video and pages where you could learn more about the products. 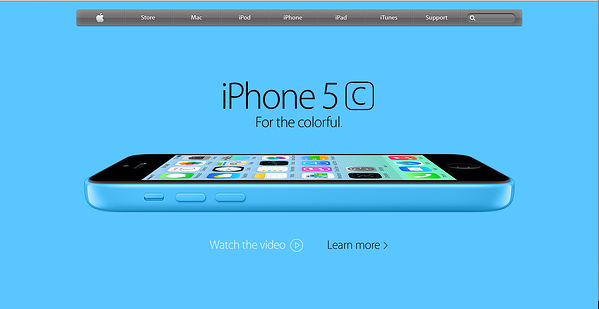 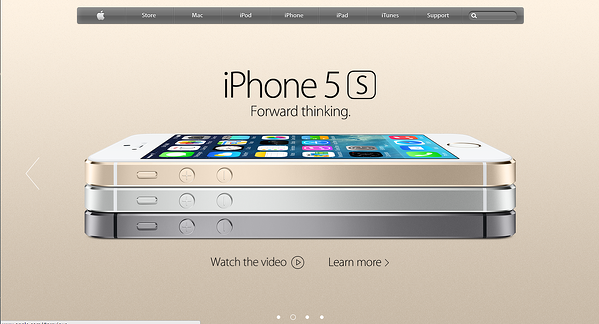 One thing that Apple always does well is that the company's marketers don't get caught up in techie jargon, speeds and feeds, and technical specs. With the iPhone 5S, the deal is this: It's twice as fast (as the iPhone 5), and has a fingerprint sensor. I doubt you'll really see everything happening twice as fast, but they're talking about the phone's primary processors, which processes data in 64-bit chunks rather than 32-bit chunks (there's the techie stuff) and thus is twice as fast as the chip in the previous iPhone.

Techies care, but for regular folks, Apple keeps it simple: Twice as fast, and has a fingerprint sensor.

Of course, Apple also benefits from having a rabid fan base that's been loyal to the company for nearly 40 years and will buy anything Apple makes. Most of us aren't ever going to have a fan base like that. Nevertheless, there's plenty we can learn from Apple.