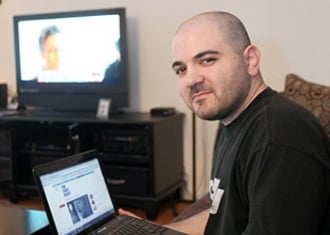 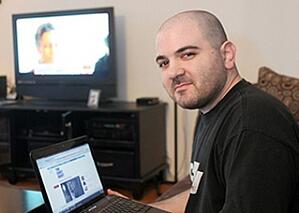 Neetzan Zimmerman is a genius at creating viral content. For the past two years he’s worked at Gawker, one of the world’s biggest blogs. Month in and month out, he generated more traffic than all of Gawker’s other writers combined. He just got poached away from Gawker by Whisper, a hot social networking startup in Los Angeles, where he will be editor-in-chief.

Not bad for a guy with no background or training in journalism, who started out by simply creating his own blog where he could post funny videos about cute cats and other crazy stuff.

I asked Zimmerman to share some of his secrets. Some things he does are downright surprising, and go against the conventional wisdom in the world of marketing. For example, Zimmerman has a Twitter account (@neetzan) but he rarely posts anything there. For another, while he’s a master at creating content that spreads like wildfire on social networks, he never goes on Facebook or Twitter to promote his own stuff directly.

“I never self-promote,” he says. “I find it tacky. That’s just never been my style, and I’ve done well enough without it that it never occurred to me to change.”

At Gawker, Zimmerman’s job was to create huge amounts of traffic so that other writers could focus on longer stories that required more reporting. Zimmerman turned out to be awfully good at generating page views. Of the 10 biggest stories on Gawker in 2013, nine were his.

Zimmerman has a list of about 1,000 websites that he scans for ideas. He starts a typical day by rolling out of bed and skimming whatever items have popped up overnight; usually there are about 500. From 7 a.m. to 7 p.m. he stays glued to an iPad (for reading) and a laptop (for writing). He works from home because commuting would force him to be disconnected from the internet. "You need to be in one place, without moving, for an extended period of time," he says.

He finds material on sites that most people have never heard of, like 22 Words, Tastefully Offensive and Daily Picks and Flicks. But finding stories is only the first part of creating a viral hit. Part Two involves knowing how to find the right angle and write a great headline. “I made a game out of this – finding stories that at first blush didn’t seem that interesting, and turning them into viral powerhouses,” he says.

Zimmerman posts 10 to 15 items a day. His biggest post, about reality TV star Farrah Abraham (“Teen Mom”) making a sex tape, drew nearly 11 million views -- but did so over the course of seven months.

“At any given moment there were 200 people looking at that post,” Zimmerman says. “This went on for months." He says he tries to create posts that can endure for months, rather than ones that generate a lot of traffic for one day and then fade away. "My focus is on playing the long game," he says.

Most of us don't want to spend 12 hours a day sitting in a chair looking for cat videos. But if you do want to learn more about virality, check out this SlideShare: