Advertising Loses More Jobs Than Any Other Industry 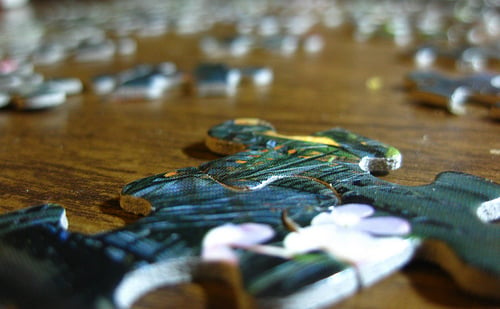 Here’s a puzzle for you: What do advertising and promotion managers have in common with construction helpers, carpenter helpers, stucco masons, typists, textile machine workers, and people who operate drilling and boring machines?

Answer: They’re all working in areas where U.S. jobs are disappearing the fastest, according to a special report from 24/7 Wall Street.

You're better off working in a textile mill, running a drill press, or hauling two-by-fours for a carpenter than you are if you pursue a career in advertising.

I’m guessing that if you’re reading this blog you’ve already jumped on board the inbound marketing train, so maybe you won’t be too shocked by yet another piece of evidence demonstrating that the old way of doing things is becoming extinct.

Nevertheless, this report shows just how quickly the world is changing.

A lot of the job categories that have suffered over the past decade did so because of the recession and slow economic growth. In theory, some of those lost jobs will come back as the economy improves.

Advertising and promotion managers are people who plan ad campaigns and decide where to make media buys. A decade ago, there were about 81,000 of these jobs in the U.S. As of 2012, that number had fallen to just over 28,000.

That decline in advertising in newspapers and other print publications has been well documented. That situation is never going to get better. It is only going to deteriorate.

It's Not Just Print

This issue, however, goes beyond print publications. The real problem involves advertising itself, which simply does not work as well as it used to, no matter what platform it’s on. That’s the gist of The Naked Brand, a documentary made by Jeff Rosenblum, the CEO of Questus, a digital marketing agency.

Of course the waning power of advertising has huge implications for marketers. It means we need to move away from interruptive and more traditional tactics -- advertising, billboards, direct mail -- and embrace new ways of attracting customers by creating content that has real value.

According to the 24/7 Wall Street report, more than 50,000 jobs in advertising and promotion have vanished over the past decade. That’s the bad news. The good news is that the next wave of marketing, the inbound wave, is creating huge opportunities.

To ride that wave, you need to think less about putting ads next to content and think more about creating the content itself.