Who Needs Humans? Someday Machines Will Create Content for You 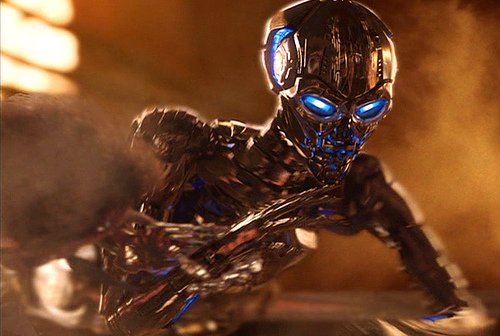 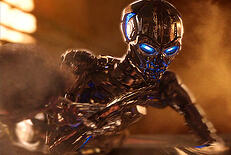 Have you heard of Canva? It’s a web-based tool that lets anyone create cool-looking designs with simple drag-and-drop processes, without having to learn apps like InDesign and Photoshop. Just assemble the elements you want from a library of photos, graphics and fonts, and drag them where you want them. Some elements are free; some are “premium” and you pay $1 each.

How about Infogr.am, a free web-based tool that automates the process of creating infographics? Or PicMonkey, a free, web-based photo editor? Or VisualBee, a plug-in for Microsoft PowerPoint that generates slide presentations with the click of a button?

These are all tools that automate some part of the publishing process. Part of me thinks they're great. But another part of me finds them scary as hell.

Because do you see what’s happening? Work that used to require humans — and not just any humans, but humans with special skills acquired through years of study, training, and work experience — is now being done by machines.

Sure, that’s nothing new. Robots have been displacing auto workers for decades. Office automation tools have displaced those rows of secretaries who used to sit outside offices typing memos and answering phones back in the Mad Men days.

But this — this is different. Isn’t it?

Maybe not. Maybe I just think it’s different because this stuff keeps creeping ever closer to what I do.

Next: Machines That Can Write

At Forbes, where I spent a decade working as a reporter, they now use computers to generate earnings reports. Forbes is one of dozens of clients (the Central Intelligence Agency is another) of a company called Narrative Science that uses artificial intelligence software to generate reports and articles that read like something written by a human.

In a similar vein is a Boston startup called Indivly, which is building a blog-writing service. Indivly uses artificial intelligence to generate “robot reports” about your website’s traffic. Actual blog posts still require actual humans, but Indivly founder John Clark believes the writing process itself can be automated over the next decade. One of his goals is to create a program that can crank out children’s books. “It’s going to be a while, but it’s being worked on,” he says.

You see what this means. Pretty soon you will be able create a publishing business where computers write the articles, then create the illustrations and infographics to go with those articles, and then turn the articles into slide presentations so the same material can be repurposed for SlideShare.

This might not be entirely automated. You might need one human to sit there and press a few buttons. But the "creator" will no longer be human.

In some ways, of course, this is all extremely exciting. I’ve spent years covering artificial intelligence and interviewing people in the field, and they’re making breathtaking progress.

But while the A.I.-loving geek inside me finds the idea of robot writers incredibly thrilling, the part of me that makes a living by knocking words together wants to crawl under a rock and die.

Because all of these tools, as wonderful as they may be, spell huge trouble for me and for pretty much everyone I’ve worked with over the course of my career.

These tools will reduce the value of what we do and drive down salaries. That’s already happening in the publishing business anyway, but if we have to compete against machines, we’re really going to get hit. So at best we will be paid less for what we do. At worst, we’ll be rendered totally obsolete.

And we’re talking about a lot of people.

When I joined Forbes — way, way back in 1998, when the web was still in its relative infancy — we had an army of specialists whose labor was needed to create the print magazine, which was published twice a month. There were writers, of course. But then we had a big crew of art directors, photo editors, and graphic designers.

Need an illustration or infographic to with your article? You’d talk to your art director, who would commission an illustration either from someone on staff or from one of dozens of freelancers who made a living contributing to Forbes and other magazines.

Need a photo? Your photo editor would hire one of the dozens of freelancers who worked with us on a regular basis and fly the photographer out to California (or Dubai, or London) to do the photo shoot.

A big package (for example, a cover story) would involve the following individuals: the photo editor in New York; the photographer who spent two days traveling and was paid thousands of dollars for her work, in addition to travel costs and per diem fees, possibly with an assistant in tow; an associate art director, who assigned the illustrations and infographics; one or more illustrators; the chief art director, who designed the layout of the pages; the section editor, who assigned the story and edited it; a fact checker; a copy editor, and maybe the chief copy editor too; the editor-in-chief and managing editor, who would both get involved late in the process; a research librarian who would have been involved at the start, helping out with the reporting and digging up reports; and the humble writer.

This was, in short, a very big production.

Now? Bang out a blog post, then click to a website, drag and drop a few icons to design your pages, then use another web tool to create your illustrations and infographics, and you’re done.

The old way seems so ridiculous and labor-intensive that I almost can’t believe it myself. And Forbes wasn’t unique. After Forbes I went to Newsweek, which had an even bigger operation.

What's even more amazing is that the old way of doing things actually generated a profit. Even after paying all those people, Forbes made money. A lot of money, in fact. So did all the other big magazines. It was, for a long time, a very good business.

The only way publishing survives is if (a) we can convince people to pay more for what we do; or (b) we can radically slash the cost of doing what we do.

Option A appears to be off the table. Thus everyone is turning to option B and looking for ways to do the same work for less money.

That’s why Canva and Infogr.am and PicMonkey and VisualBee have such a tremendous opportunity.

And don’t forget Google, which I believe is going to lead the A.I. revolution. Google is already making self-driving cars and has automated large parts of the advertising business. Why can’t Google create a version of Blogger or Google Docs where the software does the writing?

If you run a marketing department, this vision of automated content generation might warm your heart. All of these tools could free you from having to deal with those moody (not to mention expensive) “creatives” in your content department who think they’re so cool and even require special management techniques. Machines are so much easier to deal with. Cheaper, too!

What kind of content will the machines create? The correct answer, I believe, is Who cares? Most marketers just want someone (or some thing) to churn out piles of CONTENT/CONTENT/CONTENT in DIGESTIBLE CHUNKS that contain WORDS/PICTURES/WORDS.

Those marketers don’t care what the content says as long as it generates leads. If leads are produced, the marketers are happy.

To be sure, the people to whom this content will be served might not be happy, but their happiness is not our goal, is it? Our goal is to make them click, and ultimately to make them buy.

Look, we're not talking about Tolstoy here. Or even The New Yorker.

The kind of content I’m describing is stuff that is created not to entertain or inform but to provoke a desired response — to force a certain behavior. Ironically, machines may understand humans better than we understand ourselves. That, of course, would be the ultimate triumph of artificial intelligence.

If I were using a machine to write this story, this is the point where I would instruct the program to create an ending, or “kicker,” as we call it in the news business. Appropriate kickers for this story might be:

1. MONEY. (Aimed at C-level executive who makes buying decisions.) Using automated publishing tools can reduce your cost, increase efficiency, and lower your cost of customer acquisition. You no longer have to hire specialists and can run your creative department with low-cost entry-level workers.

2. EMPOWERMENT. (Aimed at underpaid drones who will use these tools.) Automated publishing tools are not designed to replace humans! These tools are designed to empower you! Now anyone, with no training, can create professional-looking design! That includes you! You totally rock, and now you will rock even more! You will be a content badass! And you will make the world a better place! How awesome is that?

3. WISTFUL. (Aimed at people who used to make a living in publishing and now are being made redundant.) Yes, it's wonderful that computers are making the world more efficient, but in our rush for greater efficiency, shouldn't we pause to consider that the possibility that we might be losing something valuable, some aspect of humanness that made the world special, blah blah blah?

I’d go with a mix of 1 and 2, and I wouldn't even bother with 3, because let’s be honest, if you told the machine to do that wistful one, I bet it would just laugh at you. Ha! Silly human!

Now if you’ll excuse me, I need to go learn how to use Canva and PicMonkey and Infogr.am. I'm afraid my future depends on it.