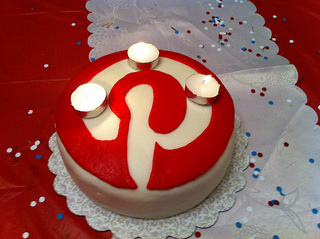 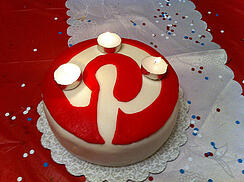 When the internet was mostly based on text, it was relatively easy to keep track of what worked and what didn’t, using things like SEO and keywords. But measurement becomes a tricky business when you're dealing with content that is visual, which is what's happening more and more thanks to sites like Facebook, Instagram, and Pinterest. "We talk about it being a new language," says Apu Gupta, the CEO of Curalate, a company he co-founded with Nick Shiftan in 2011 to help brands figure out how to make the transition to this brave new visual world.

“We noticed that Pinterest was really starting to take off. It felt eerily similar to the early days of Twitter,“ says Gupta. ”We looked at it and said, `Okay, here’s a new platform, it looks like there’s going to be something there, and we should become the first company to provide analytics around Pinterest.’”

Two years later, Pinterest has become a powerhouse, valued at $3.8 billion in its latest funding round. Pinterest has 70 million users, and they’re bigger-than-average spenders. As Kevin Roose in New York magazine points out, people are starting to realize “that this is going to be a huge company.”

Philadelphia-based Curalate has grown along with Pinterest but has also diversified to other platforms, delivering analytics about visual content from Instagram and Facebook. Gupta sees this as a huge phenomenon in which the entire internet is making an evolutionary leap from being a text-based medium to one driven by visual content.

Curalate uses image recognition software to scan photos and turn each one into a kind of “fingerprint.” Curalate scans 110 million photos a day, and then “we’re just comparing fingerprints all day,” Gupta says. Photos that Curalate hasn’t seen before get added to the database.

So far, Curalate has scanned 5 billion images and saved 500 million of them. (Most of the images scanned are duplicates, so they don't need to be stored.) That database of 500 million images takes up 20 terabytes of storage.

The software that runs the system isn’t quite rocket science, but almost. Curalate employs a data scientist and a scientist who has a Ph.D. in the rather esoteric field of computer vision. “To do this at the scale we’re doing it, and with minimal lag time – it’s an incredibly complex endeavor,” Gupta says. “It takes some pretty hefty horsepower.”

Curalate tracks which photos are being shared, and how often, and where. One challenge is that each network (Facebook, Pinterest, Instagram) treats photos differently, using different compression algorithms and so on. Sometimes it can be tricky to recognize the same photo as it is shared across networks.

In just 18 months, Curalate has lined up 300 customers, including big brands like Gap Inc., Campbell’s Soup, and Meredith Corp., publisher of magazines like Better Homes and Gardens.

Customers pay $2,000 to $6,000 per month for Curalate’s software, which is delivered as a cloud-based service. A web-based dashboard lets customers then see which images are resonating and driving engagement.

As part of an experiment with Wired last summer, Curalate scanned 500,000 Pinterest photos and came up with a list of features that the most popular Pinterest photos have in common. These include: no human faces; very little background; multiple colors; lots of red, which works twice as well as blue; and a portrait orientation rather than landscape. The "perfect Pinterest photo" turned out to be a photo of a bowl of cucumber and tomato salad.

What to make of these insights? Some companies use Curalate to optimize their social efforts. "A customer might say, 'Oh this image is doing really on Pinterest, so how can I use that to inform what I’m doing on Facebook?' So it’s informing their content marketing," Gupta says.

Retailers figure out which shoes or handbags are trending on Pinterest and put those items in the display window at their physical locations.

Curalate has developed a product called Fanreel that helps brands work with user-generated images. For instance, Urban Outfitters ran a campaign in which its customers were encouraged to take photos of themselves wearing something from Urban Outfitters and post them online with #uoonu, for “Urban Outfitters On You.”

Urban Outfitters then used Curalate to decide which photos to post on its own website, and then the brand linked those user-generated photos to the actual product pages so customers could click on a photo to buy that sweater, for example.

In addition to generating some extra revenue, the campaign created some incredible brand loyalty. “One girl saw her photo on the Urban Outfitters site, and took a screen shot of the site and posted it to Instagram saying, 'I love this brand. They featured me on their website, and I’m hyperventilating!’ You can’t buy that kind of brand love, that kind of brand affinity," Gupta says.

The shift to a new internet “language” based around images is still in its early days, and even so it’s already huge. These days more than 400 million images are shared each day on just three networks – Facebook, Instagram and Tumblr. Snapchat adds another 200 million, and Pinterest doesn’t say how many photos are shared on its service every day, but let’s assume it’s a lot. “The volume of imagery being shared right now is insane, and increasing,” Gupta says.

That’s a huge challenge for marketers – and a huge opportunity for Curalate.