Dealing with Denial May Be the Key to Your Company's Survival 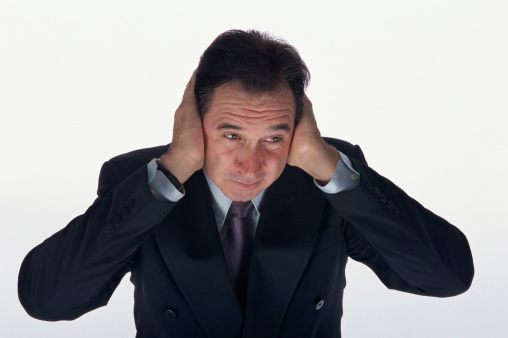 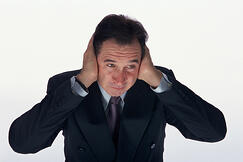 Let’s talk about denial. I’ve spent most of my career in the media business, so I’ve seen more than my share of it. That's why a new essay on the Harvard Business Review website, “The Dangers of Denial,” caught my attention. The piece was written by Ron Ashkenas, a senior partner at Schaffer Consulting, who has advised banks, tech companies and pharmaceutical companies in the Fortune 500.

The gist is that instead of pretending that you're not in denial, you should expect and anticipate that you and everyone around you will often be in denial, and try to solve for that.

Denial, Ashkenas argues, is a natural and normal psychological response to stress and difficult situations. Denial, after all, is the first of the five stages of grief, as defined by Elizabeth Kubler-Ross. So it’s no surprise to see denial popping up in the world of business all the time.

A big mining company says it will shut down a bunch of mines that aren’t doing well. Six months later, the targeted mines haven’t begun to plan for shutdown, because they truly believe they are too important to be shut down.

A pharmaceutical company knows it is losing patent exclusivity on a drug but does nothing to to cut costs because all the managers believe that “their people are indispensable.”

A financial analyst is looking for a new job because she can see that her division isn’t doing well, but her colleagues don’t believe anything bad can happen to them and “so most of them aren’t doing anything.”

I read this post and bells started going off all around me. For more than a decade, my colleagues and I in the media business engaged in this kind of industry-wide magical thinking. We watched our entire world collapse around us, like a slow-motion film of a skyscraper being demolished, and we did nothing to stop it. How could we, when we were all so busy pretending that it wasn’t happening?

Our denial evolved to match the circumstances. In the 1990s, we all built internet businesses and believed that revenue from our websites represented a growth opportunity — extra revenue. During the dot-com boom, our print businesses were booming. What could possibly go wrong?

Then came the crash. Traditional advertising collapsed. Then it came crawling back, and we told ourselves that ads might never be back to where they were during the bubble -- surely they’d return to pre-bubble levels. But no. In fact, print advertising was getting destroyed.

The new line of denial became that online was the future our business. Sure, print was dead. But online revenues would grow and offset the revenue we were losing from print. We’d just trade one platform for another.

Then came the next stage, when we realized that online ads generated much less money than print ads. We were trading analog dollars for digital dimes.

At that point, you'd think the stark truth should have been clear to us. Yet we all persisted in living in our dream.

I was at Newsweek from 2008 to 2012, during the years when the whole thing fell apart. At every step along the way, as things got worse and worse, we sat there and said nothing.

We endured the inspirational talks about reinvention. We listened with straight faces as management explained new plans that defied economic theory, as well as common sense. We embraced the ever-evolving business models that required black magic and alchemy and even then could not produce numbers that added up.

How could we all be so gullible? Here were the most cynical, gimlet-eyed skeptics in the world, people who got paid to ferret out facts and speak truth to power, reporters and columnists who called bullshit on everyone from business leaders to global leaders — and we all sat there, believing.

Why? Because we wanted to believe. We didn’t want it to be over. We couldn’t believe it could be over.

In fact, the denial persists. Newsweek now has been sold and merged and sold again, and it now exists only as a digital edition, and still the magical thinking continues.

According to Ashkenas, this is not unusual. In fact it's par for the course. The “important point about denial,” he says, is that “it’s easier to see in others than in yourself.”

Facts and data are comforting. They seem solid, and stable. They seem like something you can latch onto. You've heard the old saying, "You can't manage what you can't measure." But guess what? W. Edwards Deming, the guy who supposedly said that, didn't actually say that, and in fact he kind of said the opposite, that it's a disease to rely too much on numbers and measurement.

The problem with numbers and facts is that they're not fixed entities. Rather, they are “open to interpretation, and people have different underlying criteria for how they analyze them,” Ashkenas writes.

Truth is, numbers and facts and data can be like pillows that you put around a bad strategy, a way of obscuring the truth -- and reinforcing denial.

In the world of literature studies, there’s something called “reader-response criticism” where theorists argue there is no such thing as a fixed text, since the same book becomes a different book for every person who reads it.

Same goes for data. You see one thing, your CMO thinks another, your CFO sees something else altogether. Same data, different definitions of what it means.

Because of that, Ashkenas says, you should seek out other points of view. “Don’t assume everyone sees the world through the same lens as you,” he writes.

Encourage people to be honest. “Get tough subjects out in the open,” he writes. Denial is less likely to occur if you get a bunch of people to look at the same situation and solicit their input. They're all going to have different interpretations of the facts; somewhere in the middle of all of them lies the truth.

A great leader, Ashkenas argues, is one who seeks out opposing viewpoints and will consider the possibility that others, including outsiders, might have a clearer sense of the truth than the people running the company.

This also requires a leader to be willing to admit that he or she is in denial. Unfortunately, most will not admit that, which is why “denial is alive and well in most organizations,” Ashkenas writes.

What Ashkenas is really arguing against is the denial of being in denial, which is a real thing and amazing to see up close.

He's saying that since denial is a normal psychological response, it is therefore to be expected.

Like it or not, we're all in denial, to a greater or lesser degree.

Thus the relevant question becomes not, “Are we in denial?” but rather, “What can we do to anticipate denial and cut through it?”

This is not small stuff. Denial is a huge issue, worthy of a book all to itself. Denial is why the Dutch tulip mania happened in the 17th century. It’s why Snapchat, a company with zero revenue, is about to raise money at a valuation approaching $4 billion, and why Pinterest, which has modest revenue but no profit, recently did the same.

Dealing with denial may be the most difficult thing any manager ever has to do. The process comes as close to psychotherapy as can be imagined in a business setting. It’s not just difficult, it’s painful.

But take it from someone who saw first-hand how denial can destroy an entire industry — it’s worth the effort.