This Guy Lost His Job, Made a Doritos Ad, and Now Might Win $1 Million 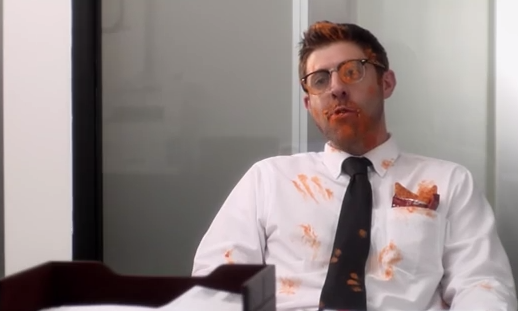 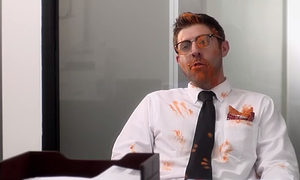 Chris Capel spent eight years working at DreamWorks as an animator, contributing to nine feature films -- and then, last year, he got laid off. But now he says maybe that layoff was a blessing in disguise, because it gave him time to go back to his original dream of directing films, which in turn led him to enter a contest, sponsored by Doritos, where he’s now a finalist and could win a $1-million prize and a job working on a major Hollywood movie shoot in London.

“It’s very exciting, and a crazy experience, but I’m not going to lie, it’s also been very stressful,” Capel says. (Note: that guy in the commercial, covered in Doritos dust, is not Capel. That's an actor, Steve Olson, who's also hoping this could be his big break.)

Capel is one of five finalists in a Doritos commercial competition called Crash the Super Bowl. His 30-second spot, Office Thief, and four others, were chosen from among 4,000 submissions.

Of the five finalists, two will be aired during the Super Bowl on Feb. 2. First prize is based on a popular vote, and the winner gets a $1-million prize. Second place is chosen by Doritos, and the creator wins $50,000. Both first and second place winners will get to work on the shoot of The Avengers: Age of Ultron, in London. It's the kind of huge break that every aspiring filmmaker dreams about.

But here’s the evil twist. The five contestants all get flown to the Super Bowl, but they won’t be told in advance which two have won. They’ll have to wait and see, like everyone else. “It’s going to be brutal, sitting there that day,” Capel says.

Here’s Office Thief, which I think is fantastic:

Now check out the other four, and see if you can guess which ones will make it to air. I’m going with Capel’s spot and Breakroom Ostrich.

Capel and his writing partner, Richard Price, have set up a website, voteofficethief.com, to promote their commercial and get people to vote for them. “We’re trying to flex our social media muscles as much as we can,” Capel says.

Of course this is all brilliant publicity for Doritos, which has turned all these filmmakers and outsiders into evangelists for the brand.

Capel and Price have been making videos for a YouTube channel, but would like to break into the big time. They entered a commercial contest four years ago, but didn’t win.

This time around they were lucky enough to hook up with Steve Olson, a 29-year-old actor who has done a bunch of work in commercials, including this one for Zoosk, a dating site:

Olson did the Doritos commercial for free, hoping to get some exposure. Like Capel, he is praying that the commercial gets aired on the Super Bowl. “You never know, it could snowball into something else,” he says.

Olson also has done some work on TV and even appeared in a movie called Ninja Cheerleaders, which starred George Takei and tells the story of three cheerleaders at Brown University who are also martial arts experts and, inexplicably, like to walk around in lingerie. Shockingly, this movie went straight to DVD:

Hey, work is work. Anyway, I don’t know about you, but I’m rooting for these guys and hope they can catch a break here — if only so I can tell my friends, “Hey, I know those guys!”