Quest for the Rest: The Race to Get the Entire Planet Online 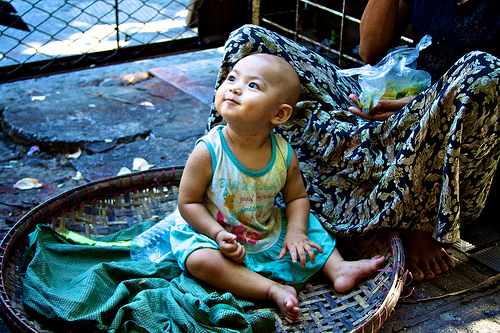 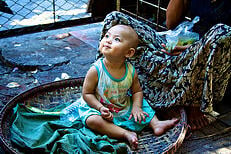 A lot of people, myself included, have written optimistically about the power of mobile devices and social software to transform the world. Internet visionary Mary Meeker (she’s a former Wall Street analyst and now a partner at VC firm Kleiner, Perkins, Caufield & Byers) claims that the “empowerment of people via connected mobile devices” will be the “mega-trend of the 21st century.”

But lately even the optimists are starting to realize that getting everyone onto the internet isn't going to be easy. In fact, it could take a lot longer than people once expected.

There are 7 billion people on the planet, but only 2.7 billion are on the internet. But that will change, so the thinking goes, thanks to mobile devices, which are getting cheaper and cheaper.

A company called Datawind is selling a tablet in India for $20. As I wrote of the Aakash tablet earlier this year (for a different publication), “You hold one in your hand and it’s easy to imagine the next billion people coming online.” Carriers, hungry for growth, are expanding their networks and bringing the cost of service down as well.

The Next Five Billion

Facebook too is hungry for fresh eyes, and its CEO Mark Zuckerberg recently published an essay titled “Is Connectivity a Human Right?” where he lays out an ambitious plan to get the rest of the world onto the internet.

Writing in Quartz, Leo Mirani praised Zuckerberg’s plan when it was announced last August. More recently, however, Mirani came to realize how difficult it will be to really get the next 5 billion people online.

His awakening came in the form of a new study from research firm IDC about the nation of Myanmar, where for a long time, a repressive military government was hostile to the internet. But today, a new government wants to get everyone using the internet.

Mobile phones are still a relatively new phenomenon in Myanmar. The country has 60 million citizens, but only 3 million of them have a mobile phone.

IDC's report is generally optimistic and upbeat and projects that by 2017 there will be 6 million smartphones and 6 million feature phones sold annually in Myanmar. Mirani at Quartz sees this as a disappointing figure and concludes: “It takes years for smartphones - and therefore mobile internet - to take root even at a time of explosive growth.”

The idea: Facebook has grabbed the first billion or so, but those were the low-hanging fruit. The next few billion members are going to be a lot harder to obtain.

This Will Change Everything

The whole world isn’t going to get onto the internet overnight. Fair enough. But let’s remember that Myanmar, with its history of repression and its extremely poor population, perhaps does not reflect most of the world.

How soon until everyone on the planet, or virtually everyone, is connected to the internet and thus to each other? Let’s say it takes 10 years, and we hit that milestone by 2023. Heck, think like a total pessimist and assume it takes 20 years and we get there by 2033. It's still happening in our lifetime.

And make no mistake: We’re talking about a huge, profound event. We’re talking about something that will change every aspect of life: politics, literature, entertainment, commerce. This will reshape economies and could even shift the balance of power among nations. A truly global internet will change the course of civilization and "transform the world," as Google Chairman Eric Schmidt says.

Worrying about how long it’s going to take, while understandable, is probably beside the point. And focusing on the obstacles is fine, as long as it inspires us to redouble our efforts rather than to throw up our hands in despair.