The New Cloud Stack: Here's What the Company of the Future Looks Like 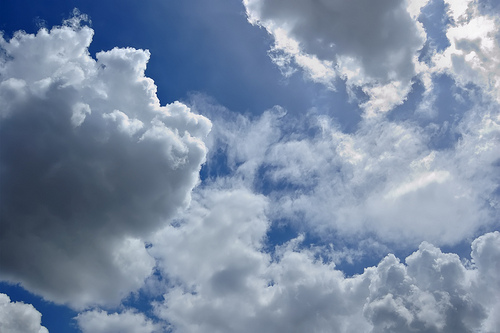 In late June, something pretty massive happened in the world of tech, though chances are most people didn’t even notice it. The big deal was that Oracle and Salesforce.com, two longtime rivals, announced they had struck a nine-year partnership and vowed to make their programs work better together. At the same time, Oracle made a similar deal with another much smaller software maker, NetSuite.

To people in Silicon Valley who pay attention to these things, these announcements were the equivalent of a huge earthquake taking place deep beneath the Earth’s surface.

I know what you’re thinking. You work in marketing, so who cares about this techie stuff?

Trust me, this is a big deal. You need to know about it.

That's especially true if you’re a VP of marketing or a CMO, because tech is now central to your job, and more and more tech budget is shifting to CMOs.

Also, this story is not really about technology -- it's about how to build a modern company. It's about a new way of doing business. It's about building for the future versus being stuck in the past.

The Meaning of a Peace Treaty

Aaron Levie, the brash and brilliant young CEO of Box, laid it out in a blog post titled, "The Rise of the Cloud Stack." The short version is that these deals Oracle announced demonstrate that Oracle, a company that’s nearly 40 years old, has finally recognized that the world (and its customers) are changing.

This was Oracle admitting that its business model, which worked beautifully in the 1980s, 1990s, and even into the 2000s, is no longer viable.

Oracle is a $37 billion company. It has a market value of $150 billion. Larry Ellison, its founder and CEO, is the fifth-wealthiest man in the world. He's worth $43 billion.

By making peace of Salesforce.com and NetSuite, Ellison was admitting (implicitly) that he can no longer pursue a strategy of trying to crush these companies and put them out of business.

This is Larry Ellison admitting that the business model that made him the fifth-richest person in the world has now become outdated.

Now do you see why this is a big deal?

Oracle comes from the old world, where every time a company bought a new piece of software, it had to buy servers and storage boxes to run that software, and then had to hire techies to manage that software. And the company had to pay huge annual maintenance fees to the software maker.

In that old world, software makers created “a vast empire of all-or-nothing, fully integrated solutions,” as Levie puts it. Software vendors locked in their customers, and thus grew huge and rich.

Then came the new world, the cloud world, where the software maker runs the software for you, on its own servers, and customers just pay a monthly subscription fee. Customers don't need to build (or rent) data centers, and they don't need to hire a huge army of IT people. They can use “best of breed” programs from a bunch of different providers, and those companies all figure out how to make their programs work together.

Oracle CEO Larry Ellison has spent the past decade fighting the cloud upstarts and disparaging their business model. Predictably so, since selling cloud software is not nearly as lucrative as Oracle’s traditional model.

But now Ellison is making peace. Or pretending to, at least. This is a big deal.

Why Do You Care?

You care because if you work in marketing, your job is really about tech. And if you are stuck in the old world and using old tech, you won't keep up with your competitors.

New companies are starting out with this best-of-breed cloud stack. They pay less and get more. They run more efficiently. This gives them a huge competitive advantage.

If you're trapped in Legacy Land, you need to get out. But how? If you’d like to read about one company’s journey from old to new, you can check out this case study from The Wall Street Journal about an old-guard tech company called Enterasys that made the transition to cloud-based software programs.

Basically, you need to rebuild your business around a stack of new software programs. Levie calls this the "new cloud stack," but others refer to it as the "new enterprise," meaning it's enterprise computing but you don't have to run any of it yourself.

Here are some key components of the new cloud stack, according to Levie:

Also, the programs Levie mentions are not the only ones in their categories. Box, for example, competes with Dropbox, though the two products have some significant differences.

The world of computing is going through a huge tectonic shift. Just as we went from mainframes to minicomputers to networks of personal computers, we’re now moving again, this time to a world based on cloud-based infrastructures and mobile devices.

If you're not yet on the cloud, you're like those companies that kept running on mainframes long after the minicomputer and PC were invented. You don't want to be one of those companies.

Pretty soon the companies that have been giants in the last generation are going to start teetering. If you're depending on those vendors, you'll share their pain.

To get an idea of how big a deal this is, consider that investment bankers believe we’re on the cusp of a trillion-dollar transfer of wealth in Silicon Valley as old companies fade and new giants emerge.

That’s trillion. With a T.

That money will be flowing in the direction of upstarts like Box, which perhaps explains why Aaron Levie finished his blog post with these lines: “A new cloud stack is rising. And this is good for everyone.”

Well, maybe not everyone. But for Levie and his team, and other cloud space? And for customers who get on the train early? Absolutely.