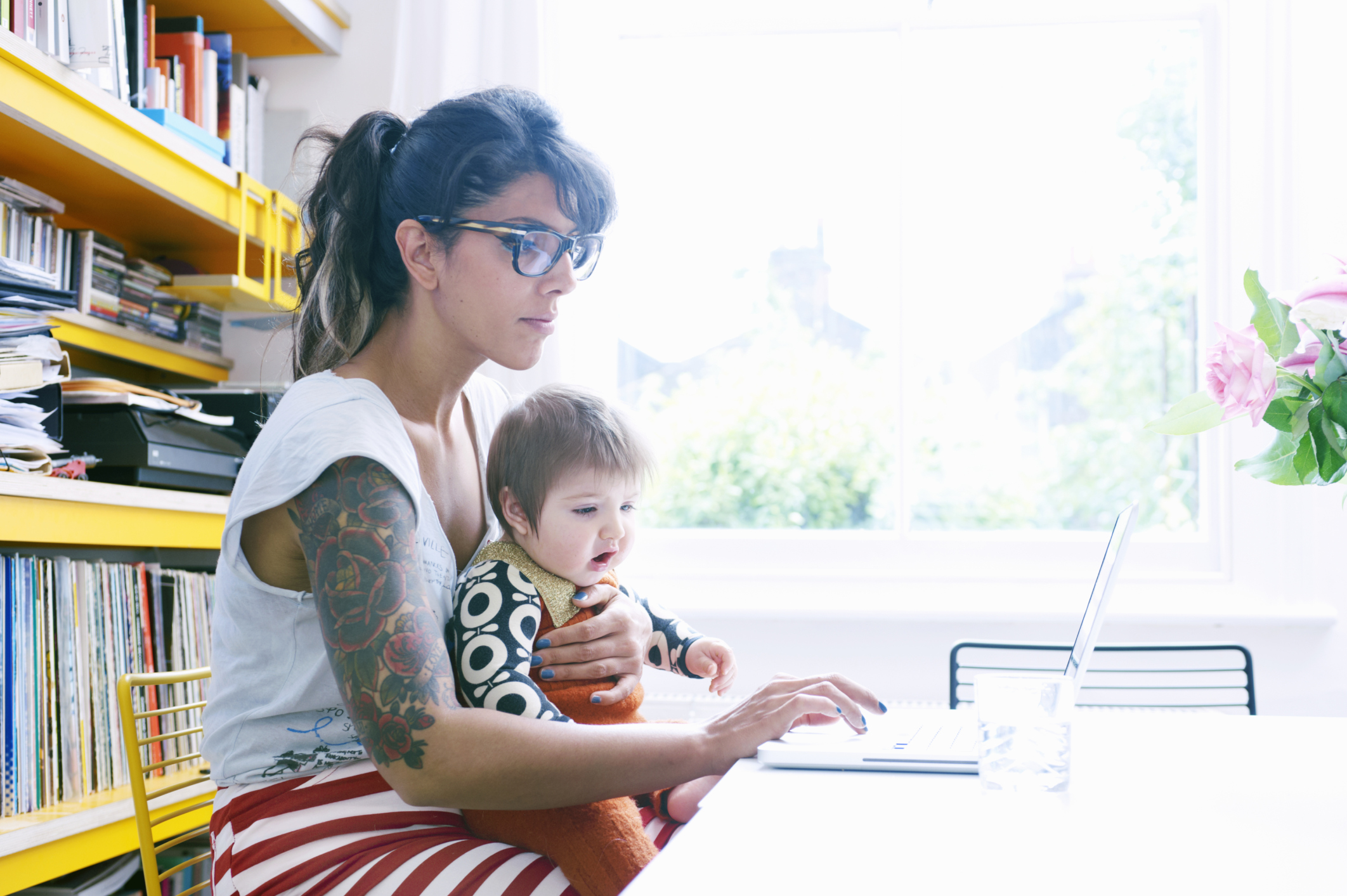 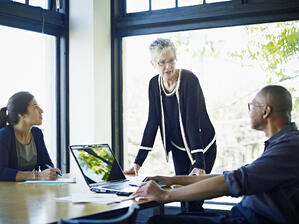 Let’s just say it: Most stock art is awful. That’s especially true of stock art involving women. Those photos veer from being mildly stereotypical to downright offensive. Ever seen the Tumblr about women laughing alone with salad? Or women struggling to drink water? How about “Feminism, According to Stock Photography,” which shows women in skirt suits climbing ladders (it’s a metaphor, geddit?), women wearing boxing gloves, and women slumped over laptops, passed out. Those last ones aren't necessarily offensive, just stupid. And lame.

If you haven’t seen those sites, go take a look, in part just to be appalled, and also because it will explain why Sheryl Sandberg’s organization, Lean In, just teamed up with Getty Images to create a database of stock art about women that pushes back against stereotypes.

“When we see images of women and girls and men, they often fall into the stereotypes that we’re trying to overcome, and you can’t be what you can’t see,” Ms. Sandberg told the New York Times.

According to the Times article, the words “women,” “business,” and “family” are the most popular search terms on Getty’s database. But until now most of what you’d pull up from those search terms would be pretty awful.

To build the new database, a curator from Getty and an editor from Lean In culled through Getty’s collection of 150 million stock photos and created a database of 2,500 images that portray women in a more positive and powerful way. The plan is to keep adding to the collection in the future. When someone downloads one of these photo from the Lean In Collection, 10% of the revenue will go to Lean In. 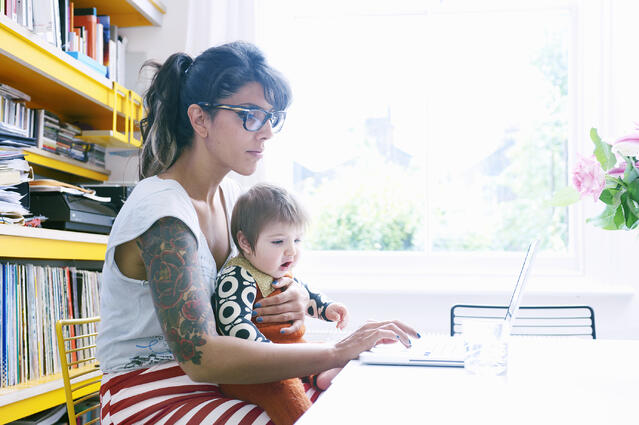 “We wanted workplace images and images of girls, but most importantly we wanted characters and subjects who had agency. Women in powerful poses,” Jessica Bennett, the editor from Lean In, told New York Magazine. “Some of the women in the workplace are literally leaning in, leading discussions, in standing positions. We wanted stuff that felt authentic and not cheesy. And there are no women climbing ladders.” 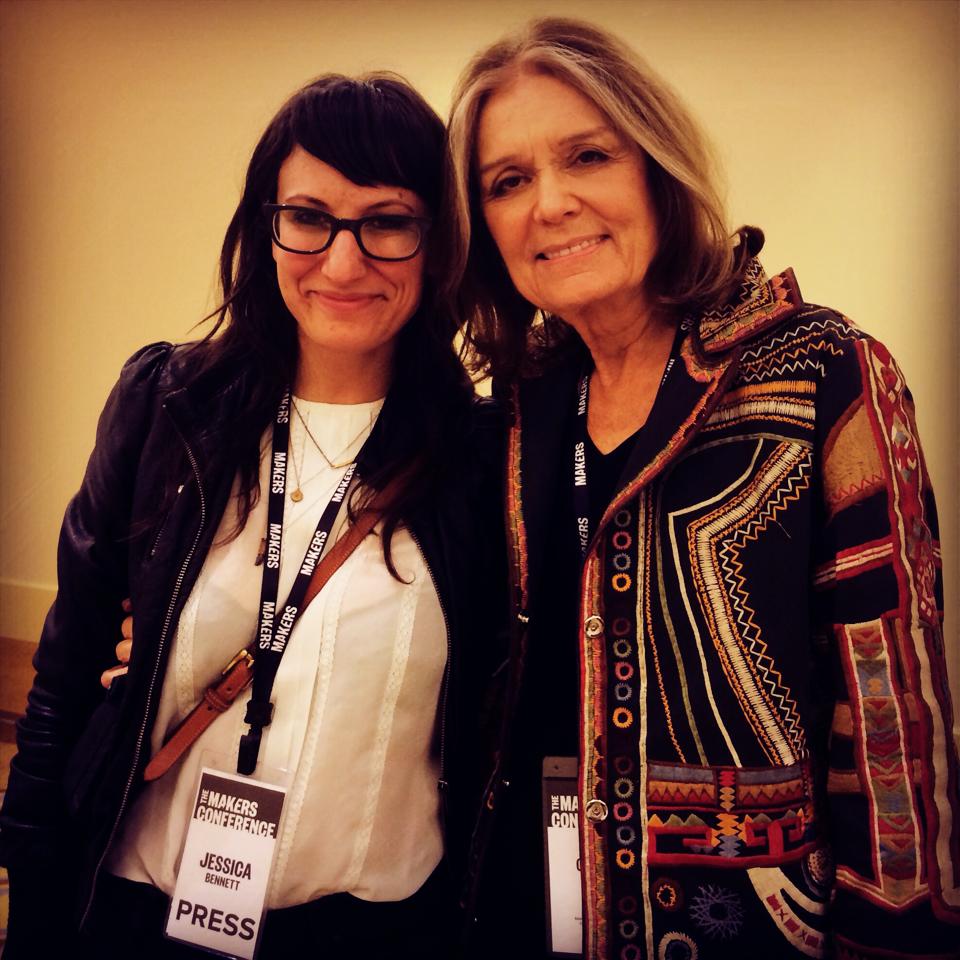 Bennett and I were colleagues at Newsweek.  I knew she was working at Lean In, so I was happy (though not surprised) to find out that she was involved in this project. She's a terrific journalist and has done a lot of reporting and writing about women in the workplace.

I caught up with her via Facebook. She was in Los Angeles at the AOL Makers conference, a conference about women who are changing the world. (That's her in a photo from the conference, posing with Gloria Steinem.) I asked her how the project came about. Here's what she told me:

"The idea came from a conversation with Getty about feminism and visual trends, but it's something I've been thinking about for a long time. On the one hand, what we're doing is not novel. It's a simple concept. But when you think about the fact that images are all around us, that girls see an average of 500 advertisements a day, that study after study has proven the impact that visual imagery has on girls (and boys) -- well, then, this could be huge. This has the potential to completely alter the way women are depicted -- in media, advertising and marketing. And now that this exists? Well, there's no excuse for an art director or photo editor to say there wasn't any other option."

Of course not every art director and photo editor subscribes to Getty Images. And those who do might not always choose images from the Lean In Collection. Even if they do, hey, this is ony 2,500 images. So, fair enough: this isn’t going to magically make things better for women in the workplace. But it sure is a step in the right direction, and one that is long overdue.