Gary Vee: Most Marketers Are Doing It All Wrong. Are You One of Them? 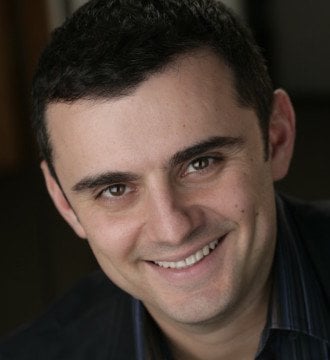 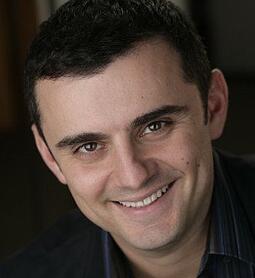 Gary Vaynerchuk is the founder and CEO of VaynerMedia, a social media agency in New York that was recently profiled in the New York Times. (“Riding the Hashtag in Social Media Marketing.”) Vaynerchuk, aka Gary Vee, is a sought-after public speaker and the author of Crush It! and The Thank You Economy. His new book is Jab, Jab, Jab, Right Hook: How to Tell Your Story in a Noisy Social World. We caught up with Gary for a chat about his new book, his new company, and his love of boxing.

Do your three books work as a series? Does the new one build off the ideas in the previous two?

In some weird ways it’s Star Wars-esque. This rounds out the trilogy of how I’m driving results through social media. Crush It was kind of the framework. The Thank You Economy was the religion, or the thesis. Then I read every negative review of those two books, twice, and it put me in the right mindset to do this book. People hear me spiel all the time. I needed to do a how-to book. That’s why there are 80 case studies in the new book. It’s built in a textbook format.

Tell me about idea behind the concept of “jab, jab, jab.” What does that mean?

It means give, give, give -- and then ask. My problem was that 97% of marketers on social networks think they’re in the "right hook, right hook, right hook" business, where every Facebook post, every blog post, every tweet on Twitter is trying to sell something. They’re using it as an email newsletter. "Come read my post, buy my wine, buy my book." My success has come in responding to people, which is one form of jab. But it’s also infographics. It’s just giving, giving, giving, and then I feel comfortable asking people to buy my book because I’ve been giving to you all year. VaynerMedia is a strategy shop. I wrote this book because we were growing so quickly, and we had so many major clients across the board. And everyone else was struggling to see results. I knew it would take nine months to get the book out but I had the feeling that even nine months out everyone still won’t be on top of this. Which is what happened.

How did you come up with the idea of calling it “jab, jab, jab”?

There was a big boxing match and big MMA fight on the same night, and everyone on Twitter was talking about how boxing is dead, and it’s so boring. But I’m so in love with boxing. I’m a huge fan. Boxing is known as the “sweet science.” I thought about how people don’t understand how beautiful this sport is. It’s really chess. It’s like social media. People think social media is just about throwing around gifs and hashtags. But what I’m getting benefit from is that it’s a pretty serious science. I give a lot of thought to what time I post. To how many letters I put in a tweet. Which picture I put on Facebook or Instagram. So it all came together nicely.

I almost called this book “Slang Marketing,” because that’s the overall thesis of the book. Social media quote-unquote “experts” runing around who automate their Facebook and Twitter and link them together are making the most amateur move out there. The thought of that just baffles me. Pictures resonate differently on different platforms. A 30-year-old woman is on Pinterest for 42 minutes, and then she’s on Facebook, but she’s there for very different reasons. The psychology of being on Pinterest is intent to buy, whereas Facebook is about being connected to your world. It’s a very different psychology. People are not respecting the room they’re telling the story in. If I’m on stage I can get away with more cursing on the East Coast than I can in the Bible Belt. If I’m giving a talk to CMOs versus a bunch of students at Wharton, I can’t give the same presentation. That’s where everyone is making a huge mistake.

Is it okay to repurpose a piece of content for different platforms or do you mean start totally fresh for each one?

I just want you to DJ the content for that place. Create a differnet hashtag for that photo. Put it into Photoshop and turn it into an animated gif. Write a different quote. I don’t mind repurposing content but I need you to to DJ it a little bit. People put out the same three pictures on all the platforms, but I’d rather see an infographic on Pinterest, and an animated gif on Tumblr. Maybe you could use the same basic picture on Instragram, Facebook, and Twitter, but put different hashtags and quotes inside the photo. You have to respect the Twitter cards. The dimensions are different than on a Facebook post. So I’m sorry that you need to spend an extra hour making your content native to the platform, but at some level if you’re going to take the time to build this up and do community management, isn’t it in your best interest to take more time with the content?

Which of the platforms is most important? If you could only use one, which would it be?

It really truly depends on your business. If you’re targeting 25- to 45-year-old females, then flip a coin between Pinterest and Facebook. If you’re targeting 17- to 22-year-old guys with a new sneaker brand, then it’s a debate between Tumblr and Instagram, or maybe even Vine. At some level your choice is Facebook because it has the scale and targeting. But the real answer is that you gotta reverse engineer the reality of your business.

There’s a big issue that you mention in the subtitle of your book. It’s the noise level on social media. Everyone’s on Twitter, everyone has a social media person blasting tweets out all day. How do you rise above all that noise?

Earlier this year you created Grape Story, a talent agency for Vine performers. How is that going?

Ridiculously well. I’m searching for a CEO right now. It’s getting so big that I need to get more serious about it. The engagement and awareness we are driving for brands is ludicrous. This is like YouTube in 2006 and 2007, or Twitter in 2007 and 2008. It’s a land grab. You can break through much easier.

How many performers have you signed up?

I think we have about 19 right now. We get a 20% commission on branded content that we produce with one of our Viners.

Why should brands use Vine? What makes it special?

Attention. Limitation. It forces people to pay attention. It’s the same reason Snapchat works. You know it’s disappearing. This is my thesis, that it’s depth, not width. I don’t care that I have 1 million followers on Twitter. With 100,000 I was doing better on Twitter.

Supply and demand versus noise. At the end of the day you have to get the most value out of everything. My email list is bigger than it used to be, but it doesn’t convert as well as it used to. Back in 1996 and 1997, I had 80% open rates on email. Email marketing was a novelty. Now people open one out of five emails. It’s a constant game of cat and mouse, and the ground is always more fertile out front. That’s why I’m always innovating. I’m always testing things to see if this is sticky. I have a good intuition to know what’s right. I miss sometimes, but I don’t mind the miss. The real miss is not trying to figure it out.