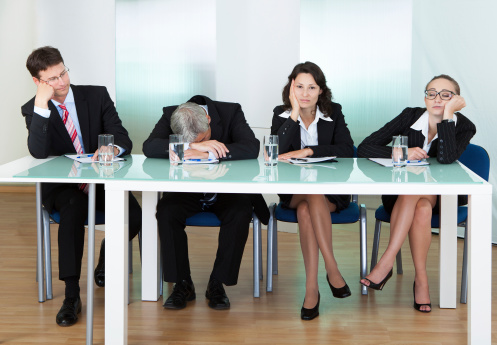 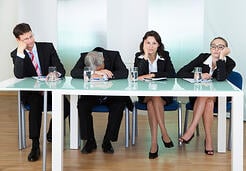 Earlier this week I had the pleasure of moderating a panel at the Pivot conference in New York, interviewing Paul Marcum, the director of global digital marketing and programming at GE, and Jason Harris, the CEO of Mekanism, a digital agency with offices in San Francisco and New York.

Marcum and Harris had worked together on a really cool project for GE that involved videos and vampires, all as part of an effort to explain the world of big data and industrial sensors to a general consumer audience.

We were talking about the challenges of working in marketing for a B2B company -- either a giant 120-year-old conglomerate like GE, which sells turbines and jet engines, or even a young company like HubSpot, which sells software to businesses.

Don't get me wrong. B2B is great. I'm a huge fan of B2B. But it can be hard to make this stuff seem fun, or sexy, or interesting.

Backstage, we ran into Patrick Albano, the VP of sales for mobile, social, and innovation at Yahoo, who recalled a great quote from Beth Comstock, the CMO at GE, who said recently: "When some people hear B2B, they think it means boring to boring. But I think it's incredibly interesting."

Comstock's team at GE, which includes Marcum, are doing some stuff that proves B2B can indeed be the stuff of which great marketing is made.

One example is a campaign GE created in conjunction with Mekanism called Datalandia. The brief was to tell the story of what GE calls "the industrial internet," meaning the connections between sensors attached to all sorts of machines -- turbines, power plants, the electrical grid, and so on.

That sounds like a snooze-fest. But look what they came up with:

That video has been viewed more than 700,000 times at the time of this writing. It's part of a series of Datalandia videos, all shot at a place in Germany called Miniatur Wunderland, a model railroad tourist attraction in Hamburg that occupies 70,000 square feet and is the largest exhibit of its kind in the world.

Here's another one in the series called "Stormageddon," which has drawn nearly 600,000 views as of today:

What I love about these videos is that they're witty and entertaining, but they also speak to the brand and to the subject at hand. The videos ran only online too -- there was no TV buy.

GE housed the campaign on a site called Datalandia and added an element of personalization with a website called Datalandify Yourself, where people could upload their photo and get a miniature doll version of themselves, generated with a 3D printer.

Turns out these videos are part of a larger effort at GE to create a new kind of brand awareness. In part, the goal is to reach out to investors -- GE's stock is one of the most widely held in the world -- and to explain some of the innovative work that is taking place inside GE. (One member of Marcum's team is Tomas Kellner, a former colleague of mine at Forbes, who is now managing editor of a site called GE Reports -- "Your source for what's happening at GE." Another sign of their desire to publish content and tell their stories.)

Some people might see GE as a stodgy place. But Marcum, whose background includes seven years working in digital marketing at Sesame Street, says he's having a blast at GE and finding no shortage of great material.

"GE was founded by Thomas Edison, has 45,000 engineers and makes some very amazing tech, like jet engines with on-board sensors that produce 5,000 data points every second. I think there's probably a content marketing opportunity or two in there," he says.