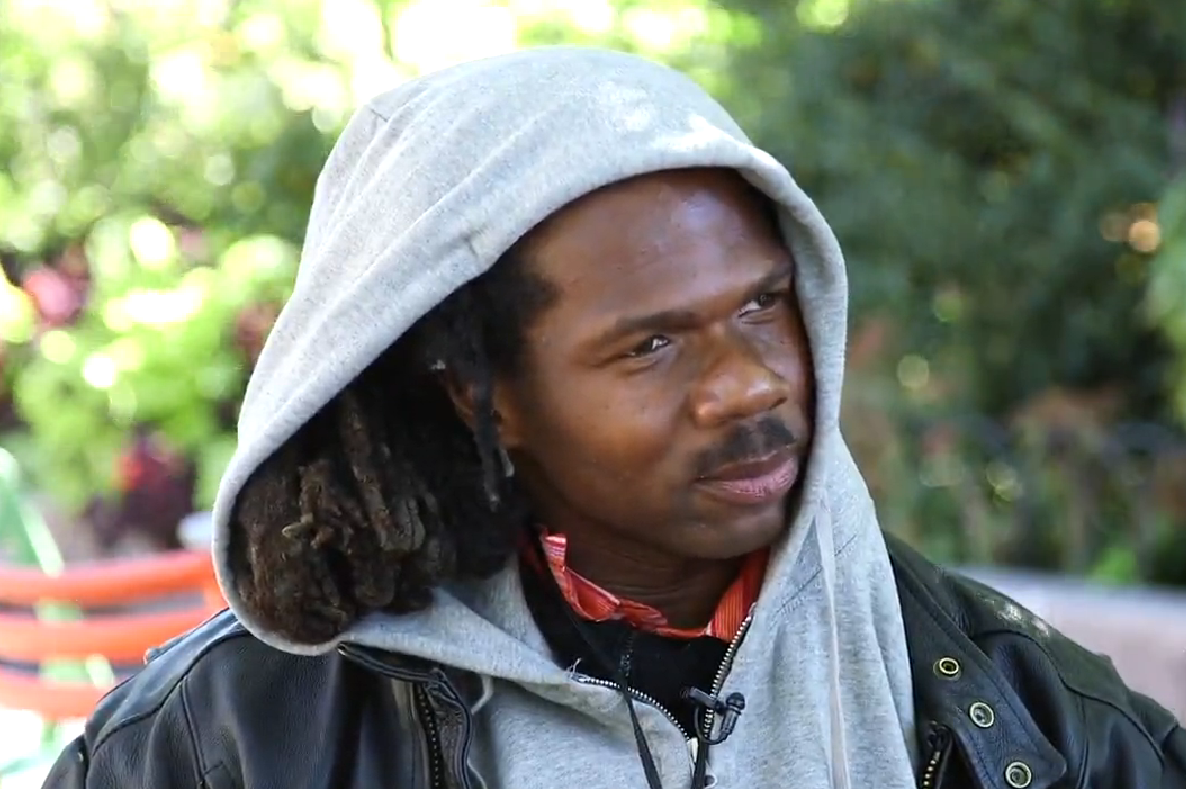 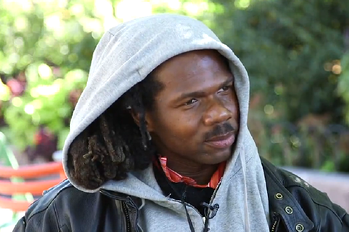 Leo Grand’s story might be the best thing you will hear this year at Christmas, a real-life version of "It's a Wonderful Life."

Better yet, if we all work together we can create an incredible ending for this story. We can help a homeless man get off the streets and back on his feet. We can, in fact, give Leo Grand the best Christmas ever.

The story goes like this. Leo Grand used to work at MetLife, but in 2011 he got laid off and had to move out of his apartment. He was living on the streets.

Back in August, an idealistic young software programmer named Patrick McConlogue made Leo Grand an offer — take $100 in cash, or get lessons in how to write software code.

Grand chose the lessons. McConlogue bought Grand a few books on computer programming, and a Chromebook. They met every weekday for an hour each day. They did this for 16 weeks.

McConlogue is 23, a recent graduate from Pepperdine University who moved to New York last fall. A lot of people made fun of him (see here and here) and called him naive. They said McConlogue's big experiment in social engineering would fail. They doubted that “Leo the homeless coder,” could stick to it.

But a lot of other people were rooting for Grand. More than 30,000 were following the story on a special Facebook page, where Grand became known as “Journeyman.” Some people sent supplies: coats, clothing, backpacks, headphones. One guy, in the military, sent a device that Grand could use to hide the laptop and keep it from being stolen. (McConlogue won't describe it, because that would defeat the purpose.)

Things didn’t always go smoothly. In October Grand was arrested for trespassing and lost his laptop and cell phone, which the police are still holding. He was quickly released and made an appearance on the Today Show, which had heard about the experiment. An executive from Google heard what happened and provided a replacement Chromebook.

At one point McConlogue convinced his boss at Noodle Education to let Grand come work indoors at their offices. McConlogue also got permission to put aside his "day job" and work full-time with Grand for four weeks to help him finish the app and get it submitted to Apple and Google for approval. 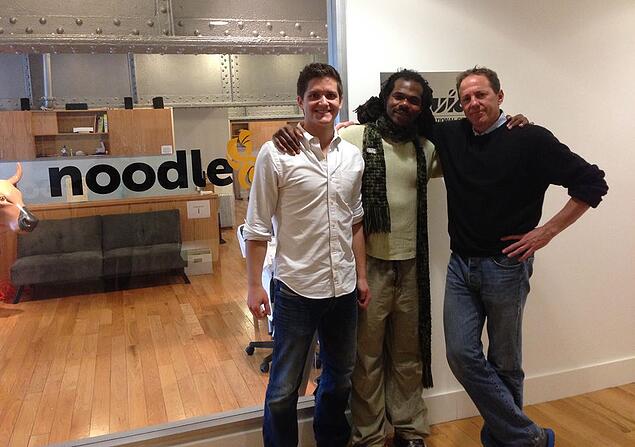 Guess What, He Did It!

In the end, the doubters and naysayers were wrong. Grand didn’t give up. He sat there in the street and taught himself how to write code. And he completed an app. It's called Trees for Cars. It lets people carpool and share rides. And it tells you how much C02 you’re saving.

So here’s my idea. Go buy this app. Tell your friends to buy it too. Share this story. Get as many people as you can to participate.

Grand gets 70 cents out for every download. (Apple and Google take a 30% cut on transactions; but heck, maybe we should lobby them to make an exception in this case.)

To buy it for an Android device via Google's Play Store, click here.

Because here's the thing. Despite all his hard work, Leo Grand is still homeless. He's living under an awning in New York. Nobody has offered a job.

McConlogue says that with a bit more training Grand could have the chops to work as a programmer. "This is his path out. If all goes well, he can get enough money to go back to school," he says.

So let's do it. Let’s blow this guy’s mind, and give him the best Christmas ever. Let's help “Leo the homeless coder” become “Leo the coder,” with a job and a place to live and a bright future.

If there’s anyone who deserves it, it’s this guy.

Moreover -- you're not just helping one guy. You're helping to start a movement.

Recently McConlogue wrote a post on TechCrunch seeking 10 programmers who would volunteer two months to teaching others. So far 150 coders have signed up -- and 8,000 people have reached out wanting to learn. "It's really intense," McConlogue says. "It's all over the world."

There's a great book in this. And somewhere in Hollywood, I have no doubt, someone is already working on the movie.

Here’s a video where Leo Grand explains his app.